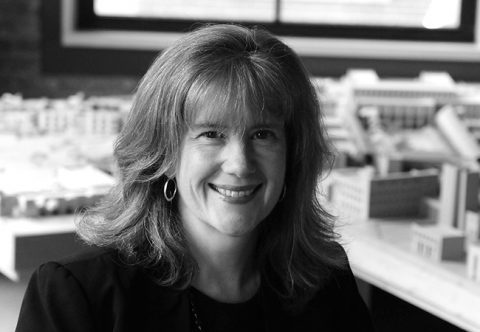 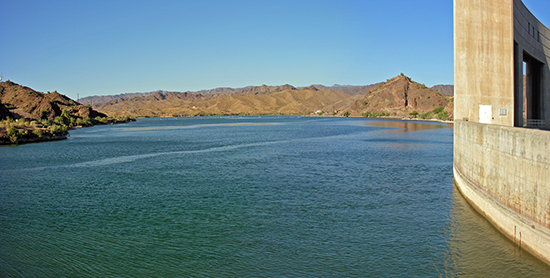 Why are we talking about water? We have plenty of water, right? Water is a ‘third world’ problem.

Drought is present in the US year‐round. Lake Mead, the largest reservoir in the US, is only 38% full. Crops are dying throughout the country due to drought and its effects.

Drought is second only to tropical storms/hurricanes in damages due to natural disasters, and causes annual global losses of over $5 billion/year. Global water demand is expected to increase 55% by 2050, and the World Economic Forum defines water crises as one of the main threats to the world’s stability in the next 10 years.

What does this mean to us?

Infinite Cycle; Finite Supply
The hydrologic cycle is a closed system, where water is transformed, transported and recycled. The cycle of evaporation, precipitation and transpiration moves water between states, but the total amount of water never changes.

Of all the water on earth, only 0.01% is readily available for human use.

There are some 1,400 million cubic kilometres on earth and circulating through the hydrological cycle.
Nearly all of this is salt water and most of the rest is frozen or underground. Only one‐hundredth of 1 percent of the world’s water is readily available for human use.
— Food and Agriculture Association of the United Nations

Demand and Supply
When compared with energy, it becomes apparent that water is a problem.

In addition to supply issues, water suffers from distribution inequality – some areas of the globe have too much water, others too little – as well as contamination by salt, fertilizer and farm run‐off, and other chemicals. While the total amount of water on earth remains a constant, the amount available and suitable for human use continues to decrease.

Global water use breaks down as follows:

Of these categories, architects can have direct influence on Public Supply and Domestic use, with an indirect but significant influence on Thermoelectric Power, for a total of 58%.

Water is a finite resource, yet we use more water than ever. It is clear that minimizing use is not enough. Architects have a responsibility to make water consciousness an active facet of our buildings and landscapes.

From Consciousness to Complacency – how did we get here?
Human history and built environment has long been shaped by the need for and access to water. The first permanent wells date back to the Neolithic Age, and wells were a significant source of water for millennia. Wells were often located centrally within a town, allowing for relatively easy access from the surrounding areas. In later centuries, individuals sometimes had household wells, a practice that continues today in many rural areas.

The ancient Romans are well‐known for their public waterworks, including aqueducts and public baths.

Aqueducts, such as the Pont du Gard, were a means of moving significant quantities of water long distances, and allowed for stable water supplies to larger population centers. Roman baths treated water as a social amenity.

All of these strategies – wells, aqueducts, and public baths – kept the need for and use of water in the forefront of people’s consciousness. Acquiring and using water was a necessary part of daily activities.

There was little change in these systems until the 17th and 18th centuries. In Boston, the Boston Conduit was installed in 1652, and was used for fire‐fighting and daily use in the limited area of Boston that it served. In 1795, gravity‐flow wooden pipes were installed, running from Jamaica Pond to serve a larger area of Boston.

Through the 19th and into the early 20th centuries municipal water buildings remained a part of the built environment. In 1848, when the Boston Water Works was completed, a “Water Celebration” was held to mark the activation. Some buildings from this era remain in use today, while others have been converted to museums or residences.

Beginning in the mid‐20th century, water treatment plants were moved away from population centers and hidden in industrial areas. The only time we are required to think about our water supply is when there is a major problem, as happened in Weston in 2010, when much of Eastern Massachusetts was required to boil its water for several days after a large water main was damaged during construction work in the area.

Clean water comes from a tap, on‐demand. Even the plumbing which provides water to that tap is concealed within the walls, invisible and generally unacknowledged by the end users.

Many buildings achieve some level of LEED certification today. Atlantic Wharf, where Payette’s offices are located, is a LEED Platinum 2012 building. At the time of its construction, it was in the top 8% in the United States and the top 17% in Massachusetts in terms of overall efficiency, boasting a 21% improvement on the baseline building performance rating in the LEED system. It also achieved 4 of 5 Water Efficiency points, including a 30% Water Use Reduction credit.

However, daily users of this building are typically unaware of these achievements, or of any of the other ways in which the building conserves water, energy and other resources. This is water unconsciousness.

The Toyota Prius is a good example of how simple it can be to promote heightened awareness of resource use. The Prius dashboard monitor provides real time and historic data on energy efficiency, consumption, and generation. Drivers are typically motivated to beat their own ‘records’, and there are entire message boards devoted to creative ways to improve MPG and reduce fuel use.

If our cars can do it, why not our buildings?

Why?   High energy and water use

The New Orleans Bio‐Innovation Center is a 64,000 sf LEED Gold building completed in 2011. It serves as an incubator for local bio‐tech start‐ups, and includes a 100‐person conference center, café and flexible lab space.

The project deals with the theme of ‘living with water’, as New Orleans can receive up to 6” per day and 2” an hour of rain.

Key Features:
AC condensate provides all landscape irrigation, up to 20,000 gal/week
Working water feature captures and diffuses rainwater to plants and soils on site
– Rainfall moves from the roof to the water feature, whose depth fluctuates based on the amount of recent precipitation
– Biofiltration happens on site through water plants and swale overflows
– Stormwater is controlled on‐site up to 20 year storm event
Landscape/soil/water system percolates rainfall to recharge site soils, minimizing subsidence

FLOODING
ASU Polytechnic Academic District, Mesa, AZ |  Lake Flato Architects with RSP Architects
The ASU Polytechnic Academic District is a 245,000 sf LEED Gold complex of four academic colleges sited on a decommissioned airbase and completed in 2008. The program consists of a mix of lab and classroom space, housing everything from engineering, physics, biology and chemistry to math education and performing arts.

Key Features:
Remediation of brownfield tarmac site
– Landscape reduces heat island effect, and removed 14 acres of sidewalk
– Reduces outdoor potable water usage by 51%
Flood control through stormwater management on site using landscape strategies
– Stormwater is managed entirely on the surface through a series of channels and acequias
– Stormwater also nourish the formal courtyards found in each college
– Stormwater runoff reduced by 60%
Flooding issues addressed in landscape, with the key being the slow‐down of stormwater
– Use of tinajas, seeps, arroyos, irrigation runnels
– Rainwater directed from roofs to courtyards
– Bioswales direct water to main bioswale, slow it down, and use it for irrigation

The Watsonville Water Resources Center is a 19,800 sf LEED Platinum building completed in 2009. It is an operations center to support the Water Recycling Project, a joint effort of the City of Watsonville and Pajaro Valley Water Management Agency to provide recycled water to famers throughout the coastal areas of South Santa Cruz and North Monterey counties, and includes offices, water quality labs, and educational space.

Key Features:
Treats wastewater for agricultural use, protecting groundwater
– Local area suffers from groundwater depletion and saltwater intrusion into coastal wells
Irrigation‐free site waters native plantings only when recycled water is available
– Rainwater flows from eaves, down rain chains, into swales, and to retention basins
Precipitation‐dependent water feature is active only when recycled water is available

The Woods Hole Research Center is a 19,200 sf LEED Platinum building completed in 2003. It serves as a new headquarters for the Research Center, and includes offices, lab and common spaces. The building is a renovation and addition, and is sited within the watershed of Oyster Bay, a coastal pond at risk from nitrogen.

Toward water consciousness … this is just the beginning

Almost all strategies are currently landscape driven. What more can we do?
engage the user
create educational opportunities
provide public amenities
change the rules

How?
provide information: where does water come from and where does it go
create opportunities for user involvement – dashboard apps
think of new ways for engagement – competitions
work with municipal authorities for greater acceptance of alternative strategies
make it appealing – visual interaction