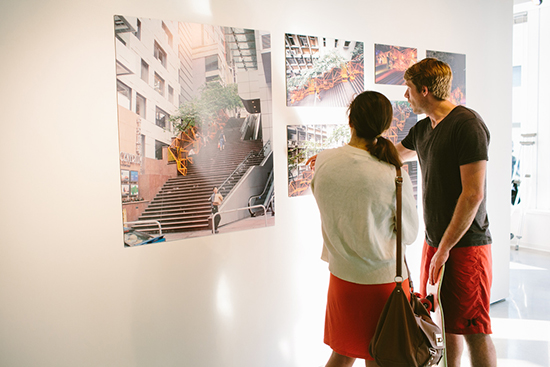 Scott Burnham, the exhibit’s curator and renowned urban design director, led an inspirational talk about his love of cities and their functionality that inspired the exhibition. He was a great speaker and I liked how he framed the discussion around developing a story – as he eloquently put it “all stories are love stories” – about how to make the city a better place by constantly asking “what if.” He looks at everyday objects to evaluate how to use them to their fullest potential in order to make the city a better place to live. 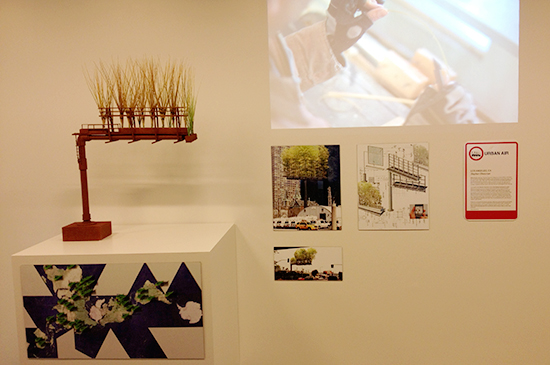 The exhibition incorporates a variety of both traditional and new media to feature over 40 examples of ways to reuse everyday objects in the city for both artistic and functional purposes. Two examples include re-purposing former billboard infrastructure with fresh ideas. The UTEC billboard project in Lima, Peru is an ingenious system that uses reverse osmosis to turn air humidity into clean drinking water. The Urban Air prototype, developed by artist Stephen Glassman with engineering by Arup, creates bamboo gardens out of former billboards.

Originally from New England, Scott mentioned that while he has lived in several other cities, he feels that Boston is finally ready for a new urban interface. 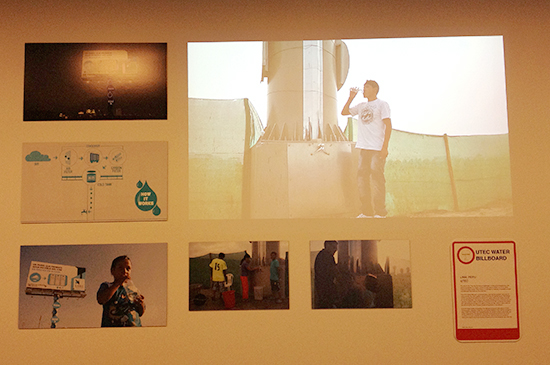 It is a very clever exhibition which inspires the viewer to rethink their everyday perception of the city and the functional objects we interact with on a regular basis. The exhibit is open until September 29th.