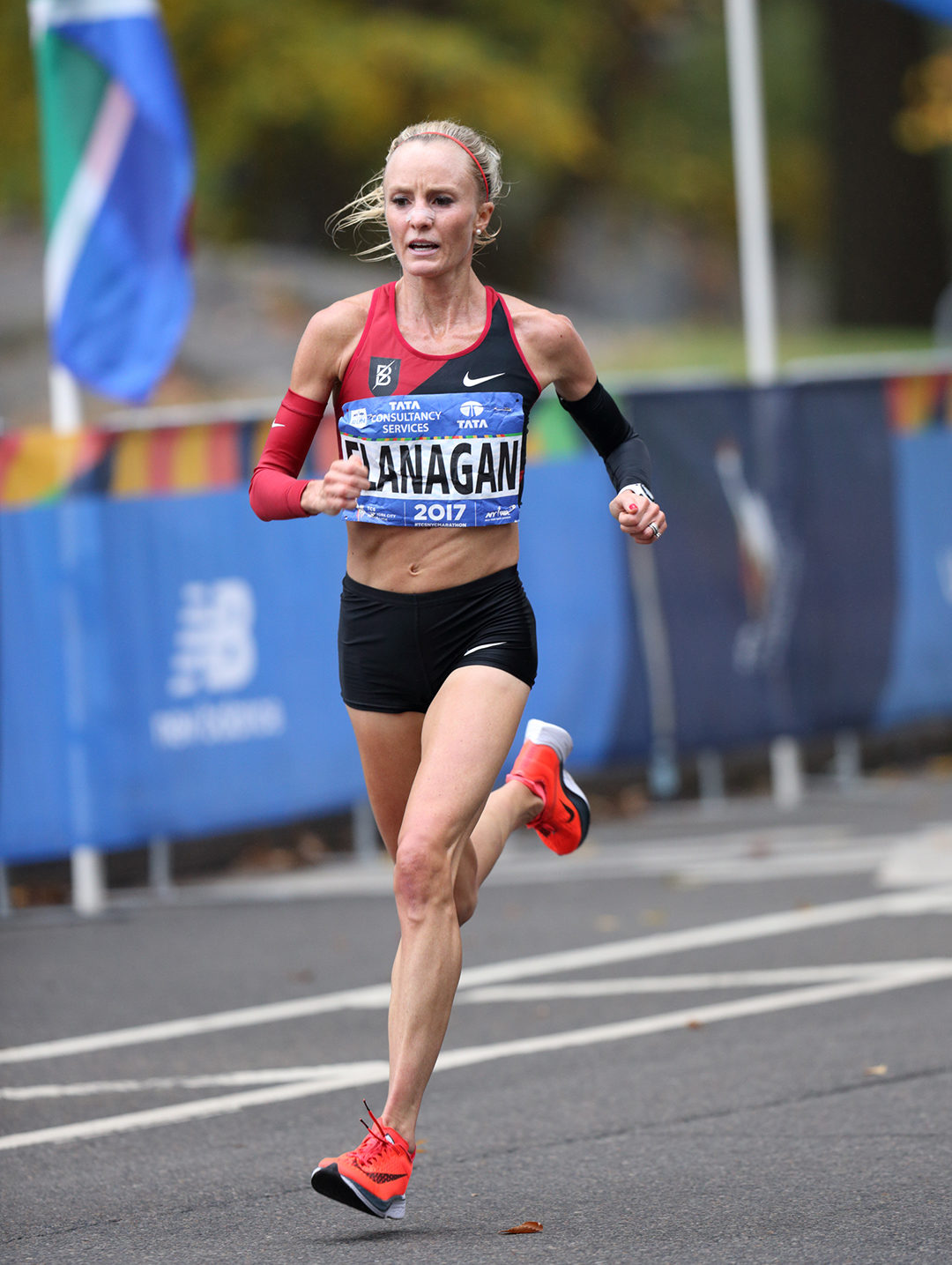 I’ve been a fan of Shalane Flanagan for many years—as I marathon runner myself I admire her dedication, passion, tenacity and pure talent. After Shalane’s recent New York City Marathon win (2:26:53) there has been a well-deserved buzz about the “Shalane effect”. This excitement is not only because of her incredible athletic achievement, but also for her ability to nurture and elevate other female distance runners to success while simultaneously achieving her own.

The NY Times article, “How the ‘Shalane Flanagan Effect’ Works” has been recently discussed within our office and the article draws attention to something we can all learn from regardless of being a runner or not. All of Shalane’s training partners, eleven in total, have made it to the Olympics while training with her. Flanagan helped build the Bowerman Track Club with her coach from a solo woman venture to a team of some of the best professional domestic female distance runners. This model may seem customary, but prior to this it was typical for most women to burn out after training with a coach aggressively alone. Instead of feeling threatened by her teammates, Shalane embraces their accomplishments and continues to bring in more talent, making the group even stronger. 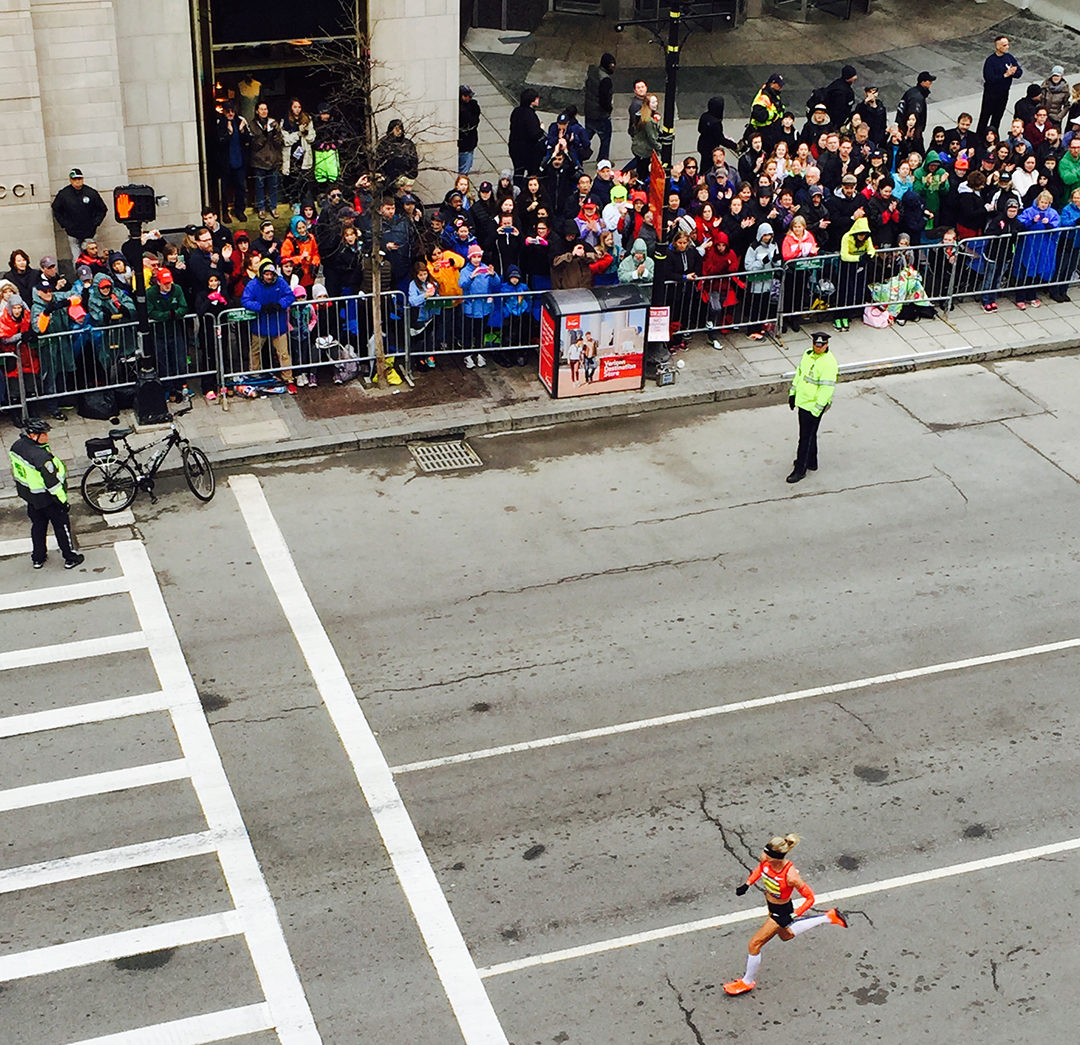 I remember watching Shalane race the 2014 Boston Marathon, fanatically cheering for her from my friend’s Back Bay apartment located close to mile 26. Shalane had made her goal to win Boston known; although she ultimately finished the race sixth, with a personal record of 2:22:02, despite leading the race and pushing the pace for 19 miles. That day Shalane became the third fastest female American marathoner ever and since then the desktop background on my office computer has been the picture I took of her running down Boylston towards the finish line.

When I ran my first Boston Marathon this past year, I had the opportunity to attend her Runner’s World Interview and Book Signing event prior to the race. On the day of the event, I made sure my fiancé and I were the first ones in line—hours before the scheduled 10am talk.

While I may be a huge (and slightly obsessive?) fan, talking about Shalane is not just a chance for me to gush about my love for running but an opportunity to highlight the powerful and exemplary things women in the sport are doing. Shalane is relentless in her goals and ‘unapologetically competitive’.  These attributes are often thought to be negative characteristics for women, but Shalane proves this to be far from true.

Role models and mentors play a huge role in collective success. It is so important, especially for women in our field, to push each other instead of knocking each other down. By elevating others you can elevate yourself, a group and even a firm as a whole. 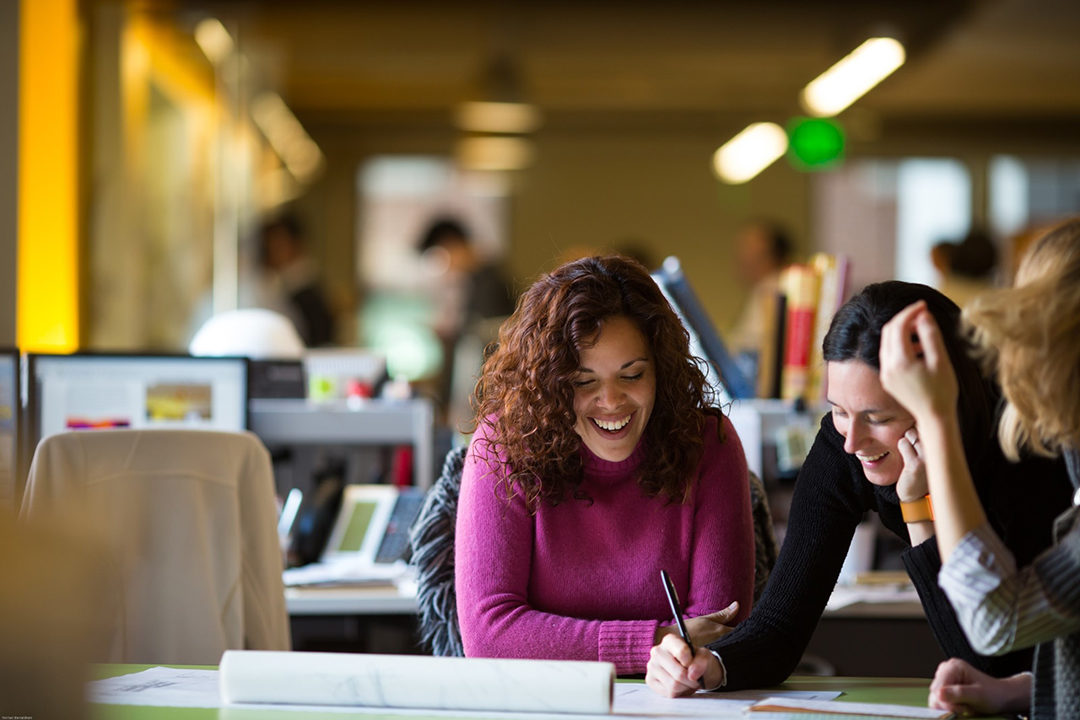 As Lindsay Crouse eloquently puts it, “We usually see competitive women, particularly athletically excellent women, only in one of two ways: either competing to defeat one another, or all about team over self. But that’s a flawed, limiting paradigm. The Shalane Effect dismantles it: She is extraordinarily competitive, but not petty; team-oriented, but not deferential. Elevating other women is actually an act of self-interest: It’s not so lonely at the top if you bring others along.”

So, let’s all use the Shalene Effect, and serve as a booster for the careers of people who work alongside you, while also propelling forward yourself!