The new 78,000 SF Science Center South Building at Williams College recently opened earlier this month! The building provides new state-of-the-art research and teaching space for the sciences at the college. As stated in the Berkshire Eagle, this is the first step in expanding the school’s science facilities, which is driven by growth in the number of students majoring in the sciences. In 2000, about 27% of students were science majors. Today, more than 45% of students are science majors. 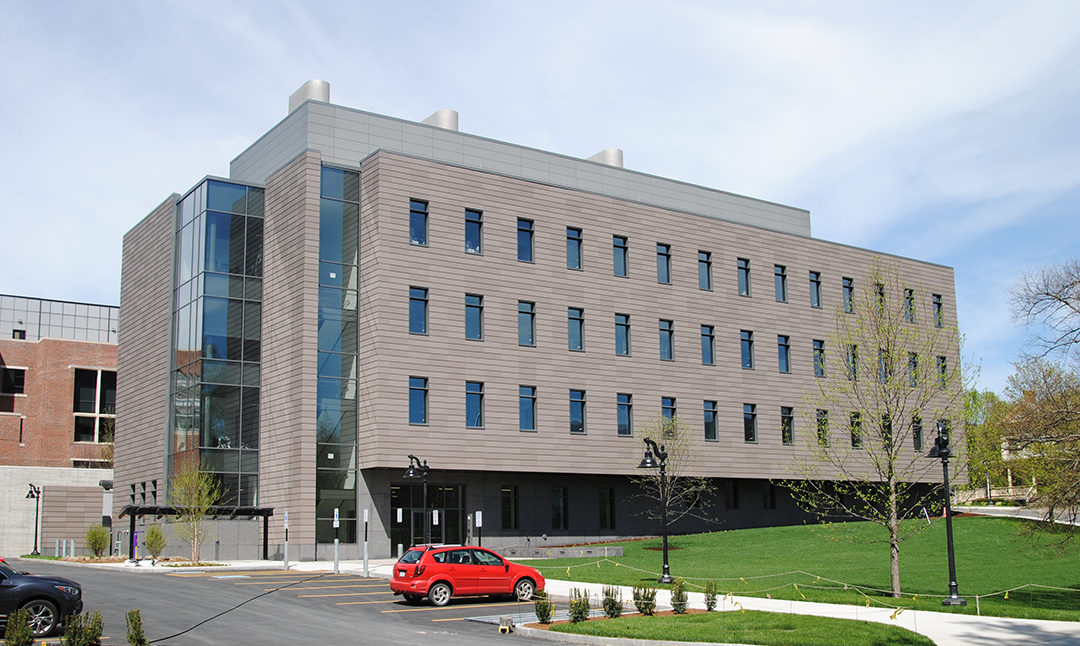 The South Building is composed of two wings: a high-energy interdisciplinary lab research wing and a low-energy faculty office/student collaboration wing. The glassy low-energy bar serves as the student-centered link between the new campus plaza and the building, as well as between the new interdisciplinary research lab wing and the existing teaching labs in the Morley Science Building. 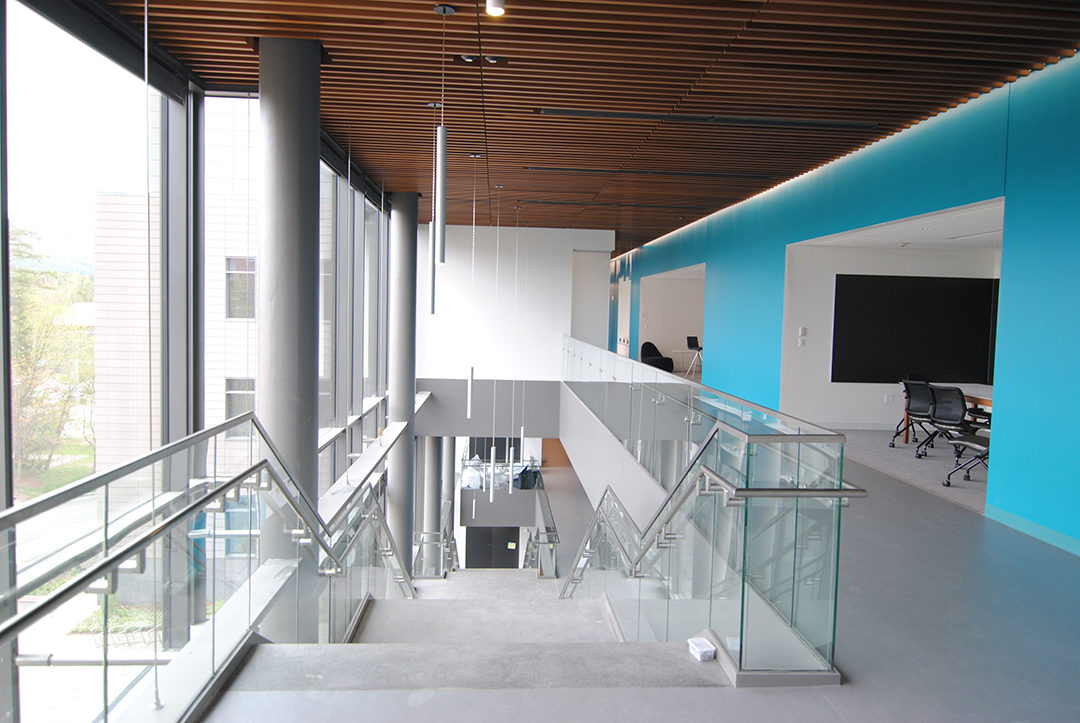 The next step in the College’s expansion of the Sciences is the construction of the North Building, which both redefines the west end of the Science Quad on one side and creates a threshold into the campus from the neighborhood street on the other side. A multi-story entry space accessed from both the quad and street levels links departments on the upper floors, the classrooms and 200-person auditorium on the lower levels.