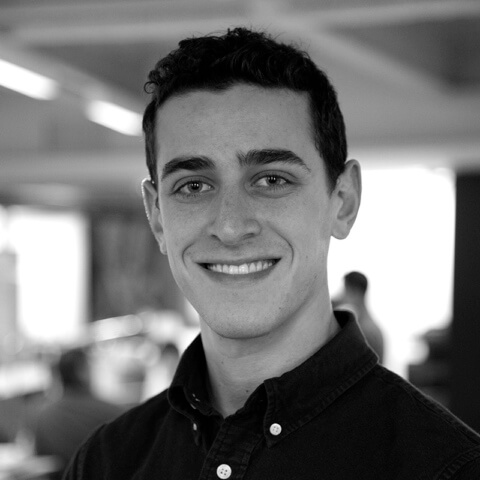 Working alongside the University of Vermont, and in partnership with Black River Design, we are designing the renovation and addition of the Given Building and a new Research Building. This project is a continuation to a building Payette completed in 2001, the Health Science Research Facility (HSRF). The project will provide modern research and office space to accommodate both the Larner College faculty and the Psychology Department faculty which conducts renowned research that improves the health and healthcare of the citizens of Vermont, our nation and the world.

The new building will act as the gateway to the medical campus, but one of its main objectives is to conceal the penthouse atop HSRF. This is a moderately difficult task considering the building needs a powerful mechanical system to supply its dense laboratory program. In erecting the new Research Building, the design incorporates a beautiful courtyard that opens itself to the mountain view in the distance. 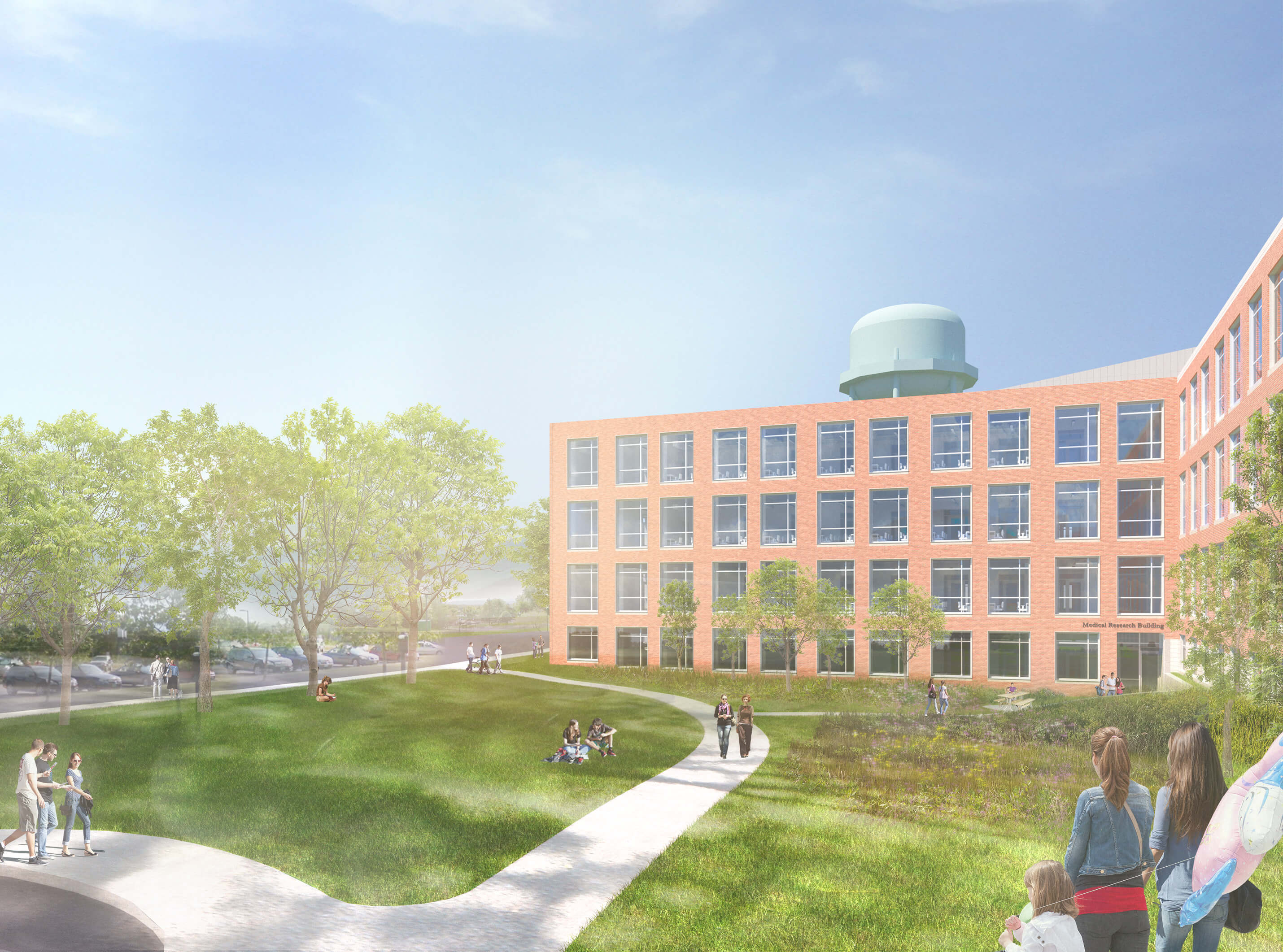 North Façade with view of the Courtyard

The design of the new Research Building slowly loosens its connection to HSRF as it turns the corner and the sightlines no longer allow passersby to view the two buildings at the same time. This occurs in multiple facets, but originally it was more dramatic. 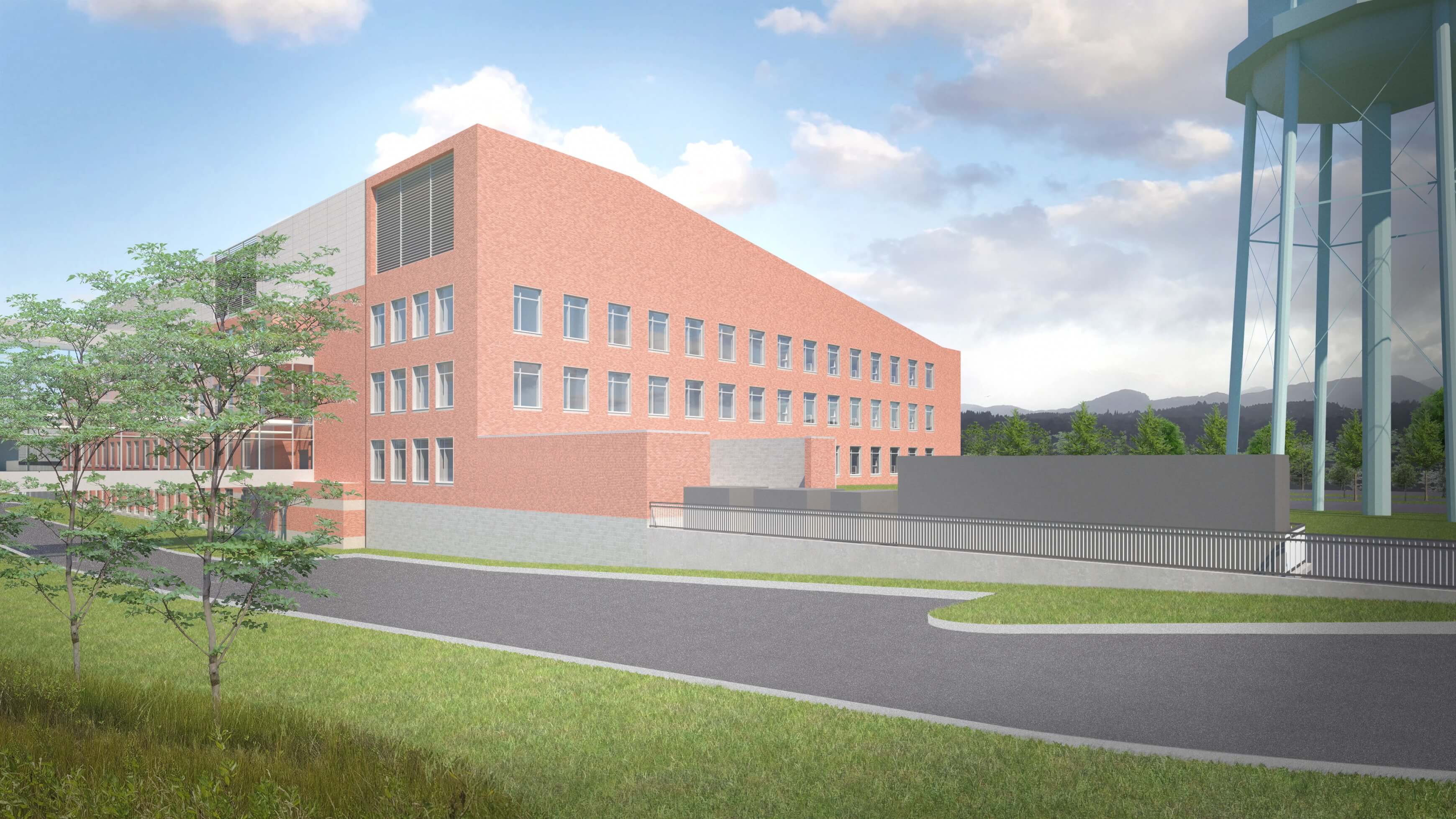 The façade adjacent to HSRF was of identical proportions and rhythm, but became deeper, more porous, and changed from a paired A/B rhythm to a regular A/A as the façade turned. The macro design decision of a sloped penthouse on the south facade paired with details like the mullion caps on the windows, a reveal at the first corner as the new Research Building turns away from HSRF, and the discontinuation of a precast stone base act as the essential differentiators.

The East façade creates an intriguing interior space and brings light down to the semi-buried lowest level by punching openings between floors to let multiple punch windows read as a curtainwall without the expense of one. 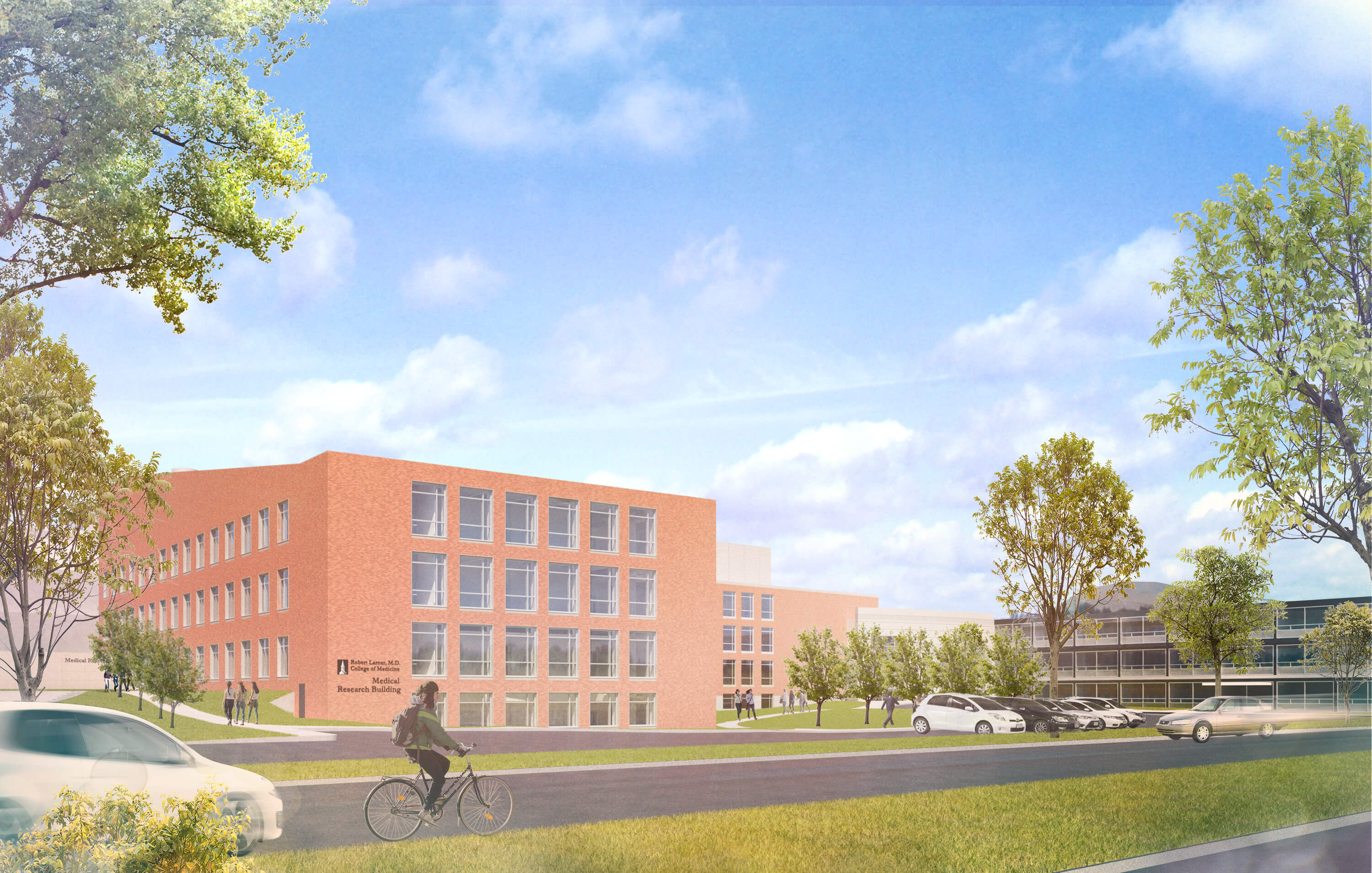 We are about to wrap up our DD phase, and will continue to work with Black River Design as we move forward.