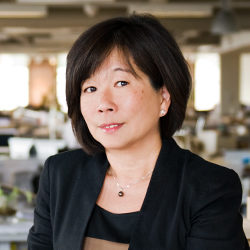 The James Mandell Building at Boston Children’s Hospital is a ten-story urban infill building that contains much needed expansion space for the ED, Imaging, Same Day Surgery, Neurology, Pharmacy and four floors of new inpatient beds in alignment with the existing hospital. 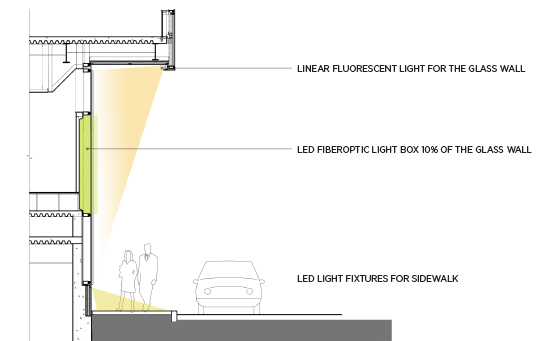 Panelite Art Wall
The Panelite Art Wall provides a block-long canvas terminating in the pocket park to animate the pedestrian arcade running along Binney Street. The urban canvas acts as camouflage, concealing the sensitive activities of the Emergency Department treatment bays and Radiology Department located directly behind, allowing vision glass windows where possible and taking on differing visual characteristics as one moves along it – day and night. The wall is constructed from an insulated curtainwall system that utilizes a panelite honeycomb infill between the glazing units. The honeycomb system creates a visual effect that is transparent when looking directly at the glass and is blurred when viewed in the oblique. This changes ones perception of the wall and the abstract nature-based graphic behind the panelite as one moves along the wall. An engineered fiber optic lighting system embedded in the curtainwall will also provide for a different and equally alluring presence at night. 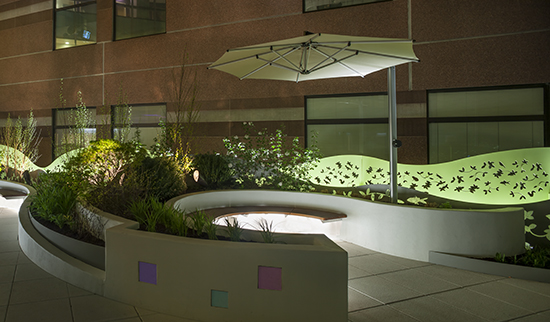 Wave Wall, Courtyard Garden
In the courtyard garden, located in the center of the complex, the wave wall is a key architectural feature. The wave wall was designed as a 60’ long series of roll-formed panels; a high output LED lighting system and custom decking support landscape elements and nest into organically shaped poured concrete walls and benches. Artwork is comprised of 75,000 carefully placed Graphics by BCH; fabrication by Design Communications LTD. 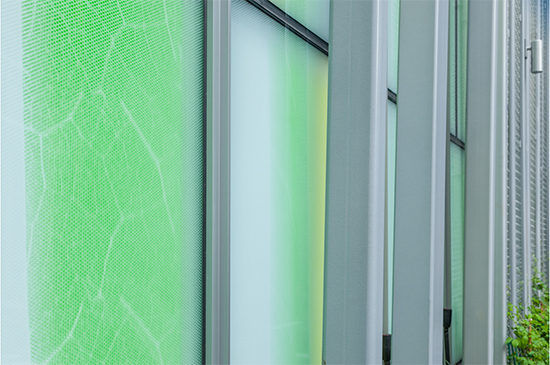 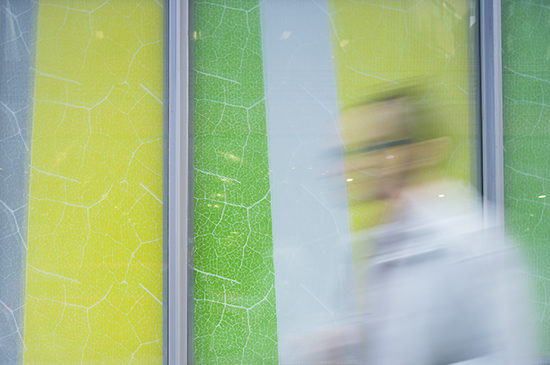 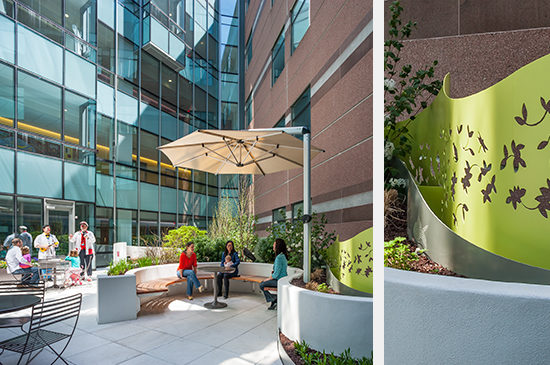 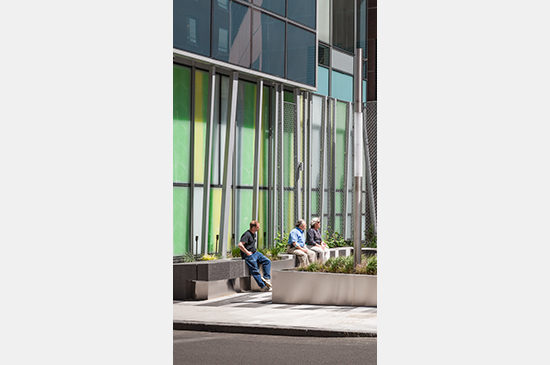 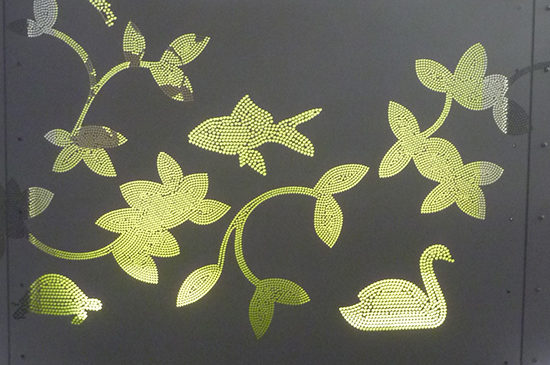 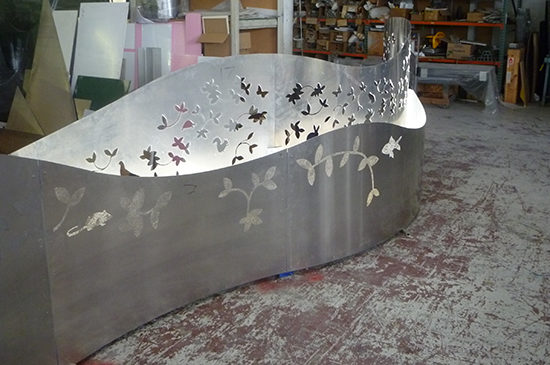 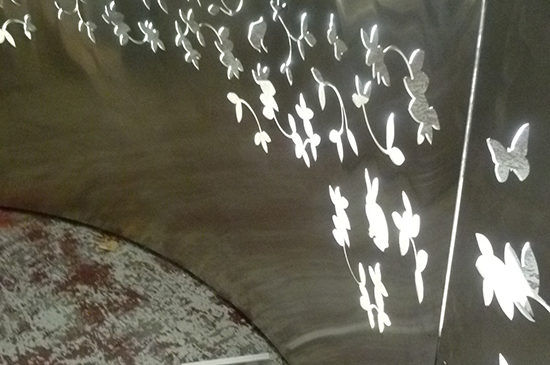