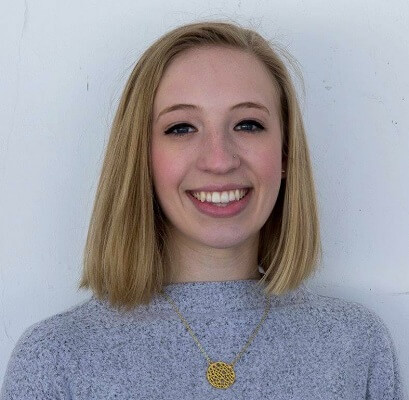 Recently, the Young Designers Core led a tour of  the New Inpatient Building at Beth Israel Deaconess Medical Center. The project is set to be completed by the Spring of 2023 and much progress has already been made. As a new designer within the Payette community, I was eager to visit a project under construction and to learn more about the delicate process of transitioning refined design drawings into a constructed, physical, space. 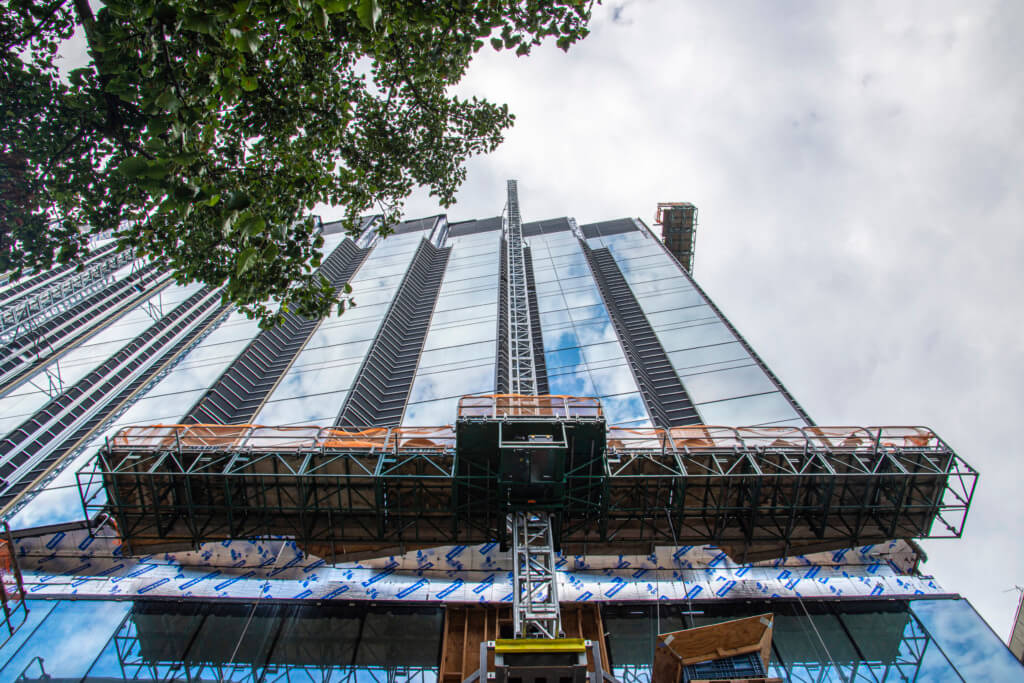 Walking toward the site, one is struck by the magnitude and scale of the façade. The 404,200 GSF building articulates itself well within the existing landscape. The new addition is an inpatient facility with a specialized focus on creating more single-occupancy rooms, operations spaces, a roof garden and generously daylit supporting staff spaces.

The façade has been a critical area of study and research throughout the project. The team constructed an on-site mock-up early in the construction phase. This allowed for detailed studies of materiality, scale, and consistency with careful consideration to site-based circumstances. The articulation of these refined details through physical study created a consistency within design efforts to establish a successful system of how to convey the design intention to the construction team. On-site adjustments included the application of two waterproofing membranes in case the first was punctured during the interior finish process around the window frames.

Windows articulated repeatedly around the façade allow for an immense amount of natural daylighting while the orientation considers efficient thermal performance. Thermal breaks were visible as the façade was being installed in sections. This allowed the tour a unique opportunity to understand the layered complexity of an efficiently performing thermal space. This is in sharp contrast to the condition of the existing building which lacks these thermal barriers and protection. 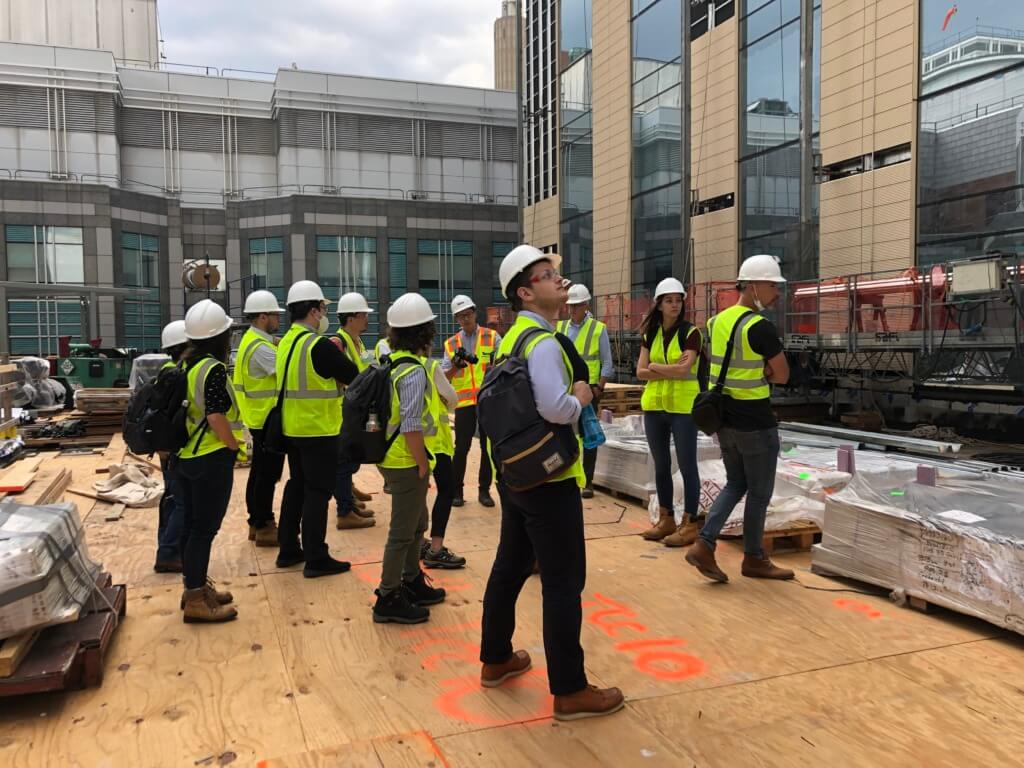 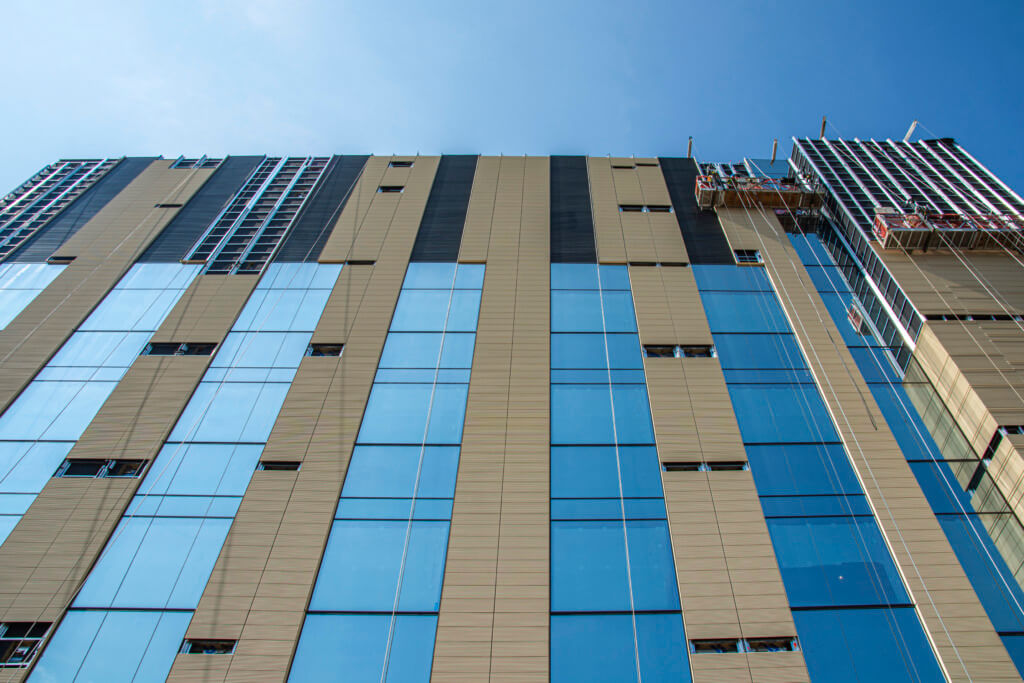 The playful façade system sits above a generous lobby space. Within the current phase of construction, the empty shell was massive in scale. But it was easy to picture how the 30’ ceilings, finished with a wood slat ceiling system and transparent glazing, allow the lobby space to invite patients, families and visitors into a dramatic, cleanly-articulated and comforting space. Scale is one of the most crucial considerations in health care design and the construction process is a great time to observe proportions and scalar distributions. 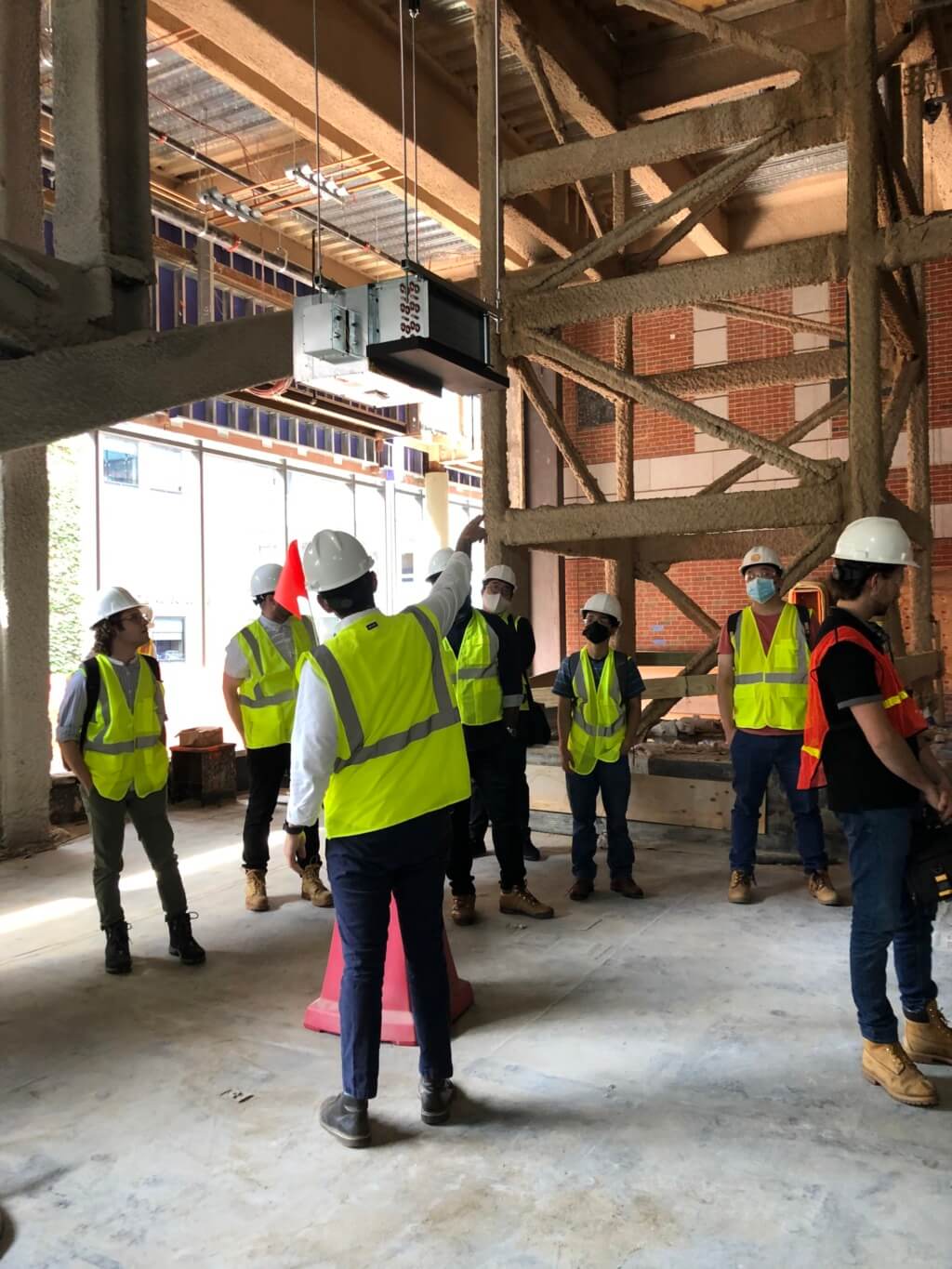 The scarcity of natural light is a major design flaw in many existing healthcare facilities. Here, the team strived to create a new design standard by placing some of the largest windows of any hospital in New England in every patient room. Windows are also placed by the nurses’ stations and workstations. The interior courtyard extruded from the existing building set-back further allows for generous natural light.

Patient and family comfort are as just important as programmatic function and are considered in parallel. Toilet rooms, equipment and staff spaces were planned and designed around opportunities to carve out comfortable spaces for families and visitors. Patients, families and staff also have access to a roof garden. Here the articulation of the natural and built environment relationship continues. The roof garden serves as a community refuge. It is placed at a corner where the wind-load is greatest. In order to mediate the stress of the load, the façade system continues for another bay. This mitigates some of the harsh wind pressure and provides comfort for the occupant.

Prefabrication within the drywall panels allows for an efficient, reliable construction process. Connections to mechanical and electrical systems are already built into the wall assembly as well as outlet cut-outs. This allows for a quick assembly process and clean tie into building components. This system is adopted throughout the patient spaces and demonstrates the benefits of introducing pre-fabricated elements into the construction process. 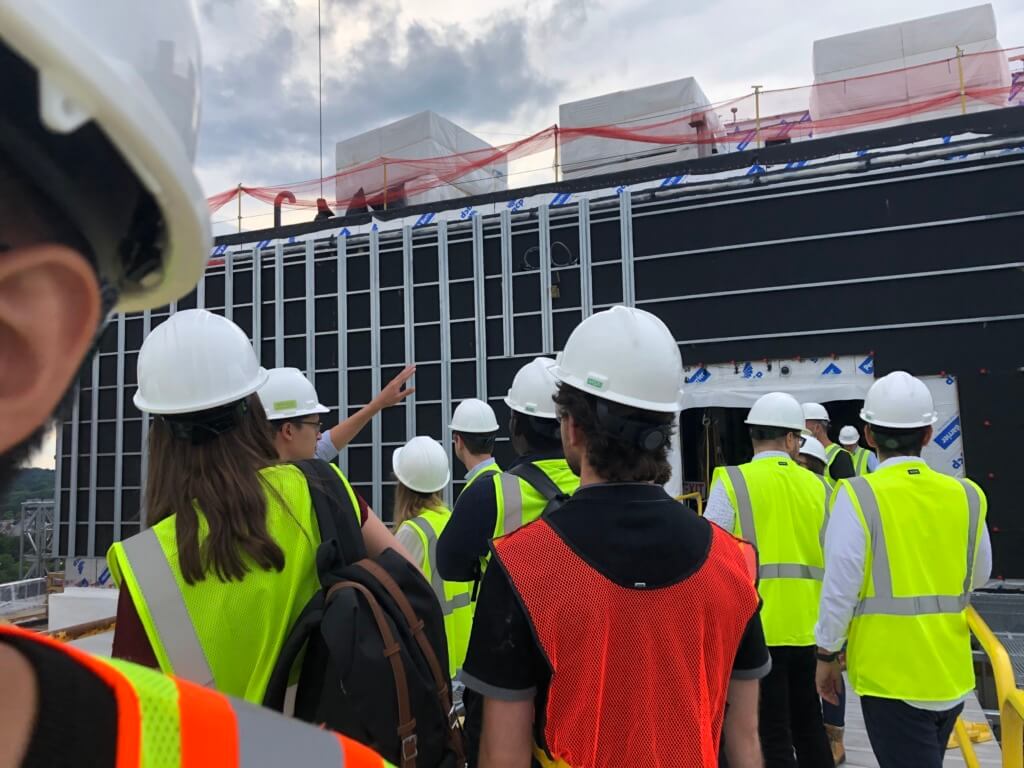 There were many lessons learned during the construction process, among them being flexible when things don not go precisely according to plan. As the project I am working on moves into the CD phase, I have a contextual understanding of the importance of well-drawn, carefully annotated plans to the importance and success of communicating design intent. Emphasizing critical relationships are crucial to the articulation of the building in a part to whole relationship.