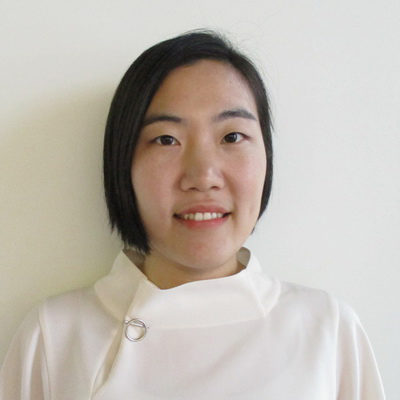 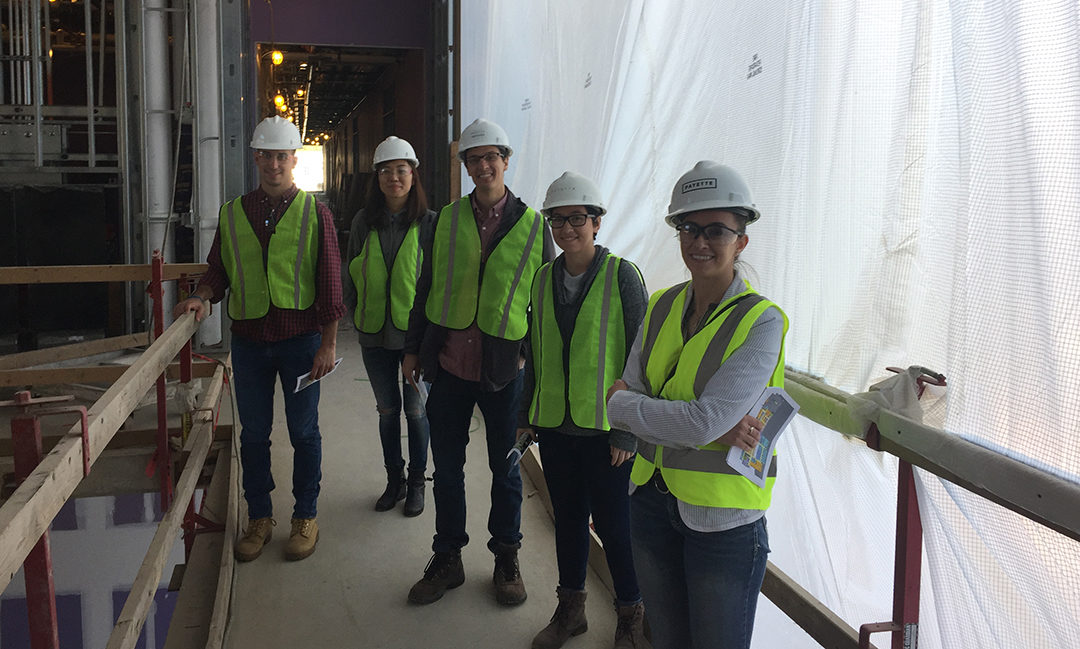 This fall our Young Designer’s Core (YDC) organized a tour of the New Science Center at Amherst College, which is scheduled to open in the summer of 2018. The New Science Center is located next to Beneski Earth Science Building & Museum of National History designed and completed by Payette in 2006. Bob Schaeffner, Michael Hinchcliffe and Steven Karvelius led the tour. The building is composed of a long narrow common spaces of two atriums connected with three science pavilion programs. 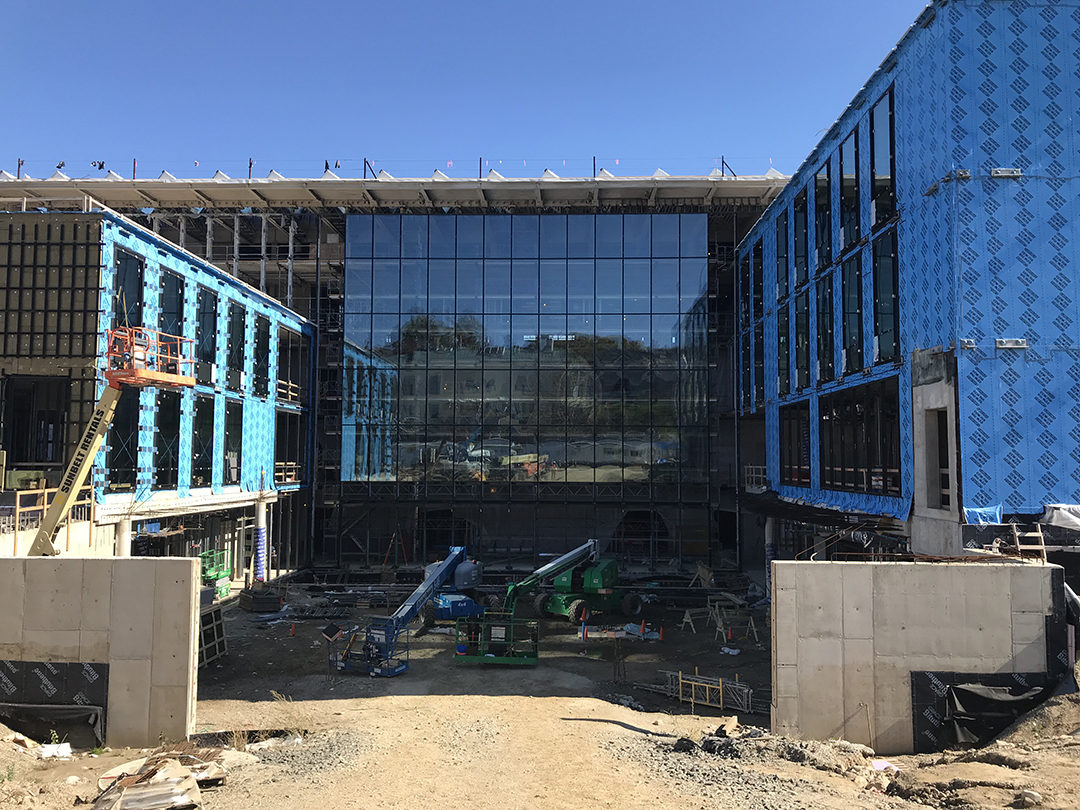 We started the tour by walking around the east and north façade where the commons are located, and we learned about the wall system. North and part of East and West façade will be brick walls, while three sides of three pavilions will be covered with Weathering Steel Screen on Ultra High Performance Concrete panels (UHPC). The east side of the building’s landscape design will physically connect the hill and the commons which will provide a great view. The North triple-height and South quadruple-height atrium spaces behind the curtainwall will be a highlight of the building driving natural light into the interior spaces. Large panels of windows at the end of the corridors will provide a visual connection into the space as well as a great view to the outside. 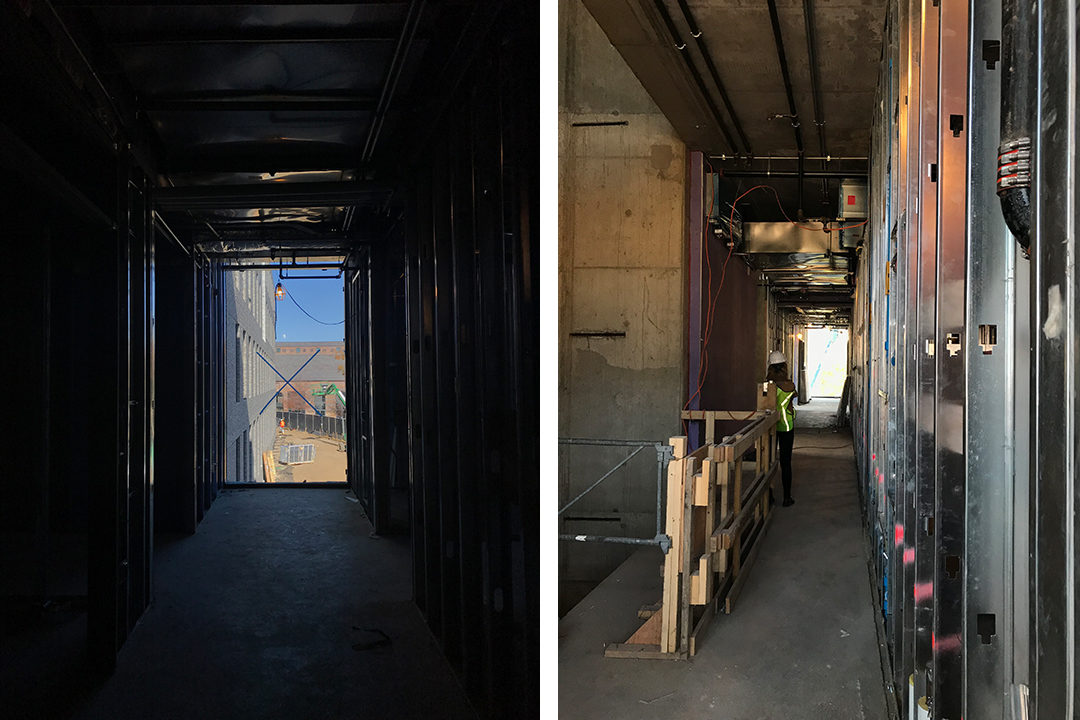 As we walked toward the roof, one of the repetitive canopy units was installed on the top floor which provided an atmospheric sense of the atrium. The canopy units create a curved white wall which connects the sloped window to the other side of the pitched roof. Each unit reflects natural light through sloped windows and gives ambient light to the space. The canopy unified the overall space through the commons and corridors with a simple and repetitive rhythm. Throughout the tour we learned so much about the coordination of research and mechanical spaces, which was a clear demonstration of the building’s complexity. Though complex, the final design of building resolves the challenges with a simple design solution and spatial organization.

After the tour, our group explored Amherst’s the beautiful campus including the Beneski Earth Science Building & Museum of National History and newly finished college dormitory. It was great to see the progress of the new Science Center.