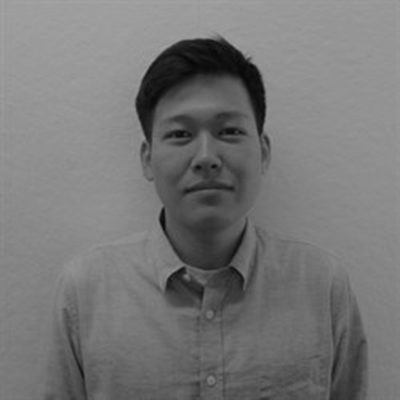 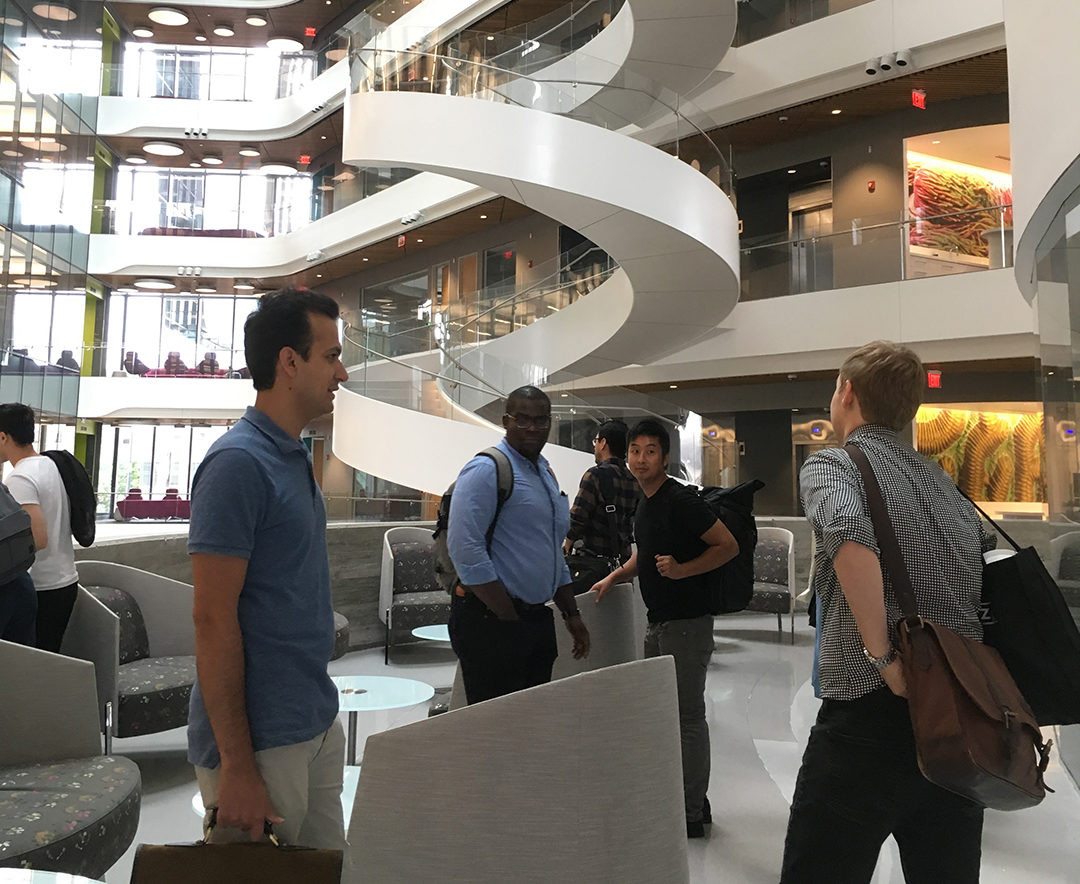 Payette’s Young Designer Core (YDC) has toured the Interdisciplinary Science and Engineering Complex (ISEC) at Northeastern University, which opened in April 2017, numerous times over the past several years. Having a project of this scale in our hometown is a huge advantage – it’s allowed us to learn from the project at every stage. During our most recent tour this summer, we saw the building full of life, occupied by university students in the research space on the upper levels. 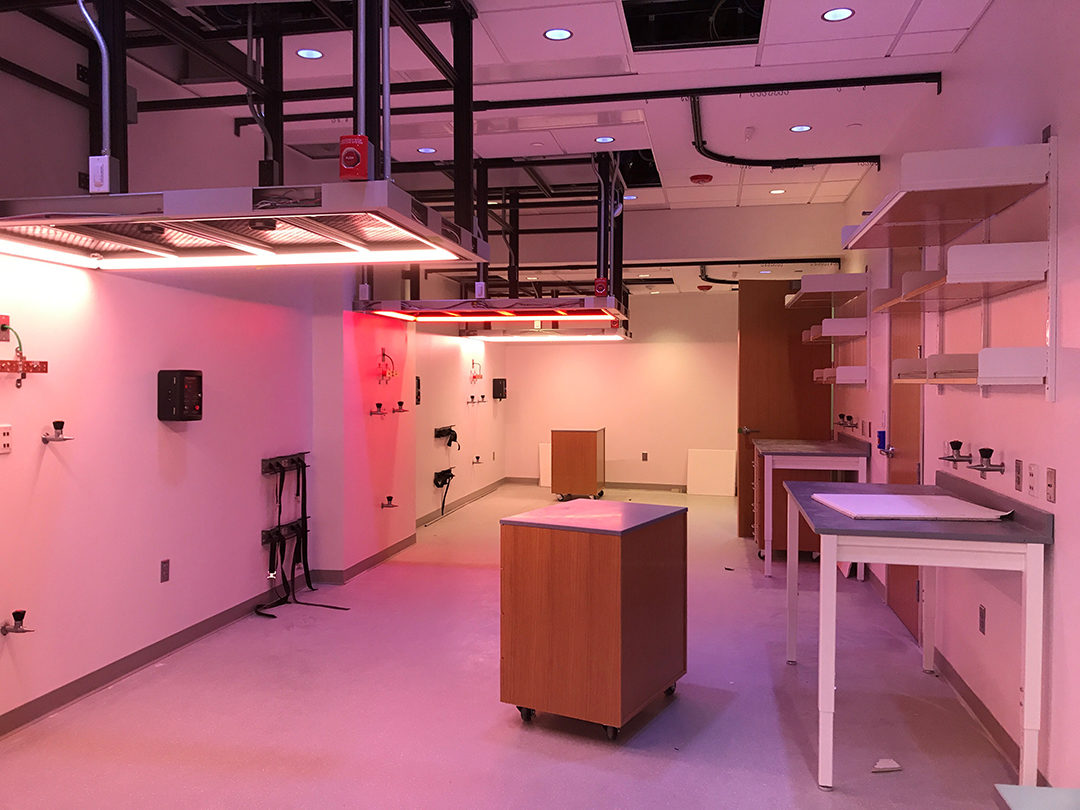 We started the tour in the basement floor laboratories. It was particularly interesting to see some of the specialized rooms, like the laser room, where the team had to detail the specific fit-out for the laser machines to hang from the ceiling to mitigate the vibration of laser. There were also inner partitions to create flexibility for experiments conducted in the room; it could be divided into three independent sections or one large space with three laser machines. 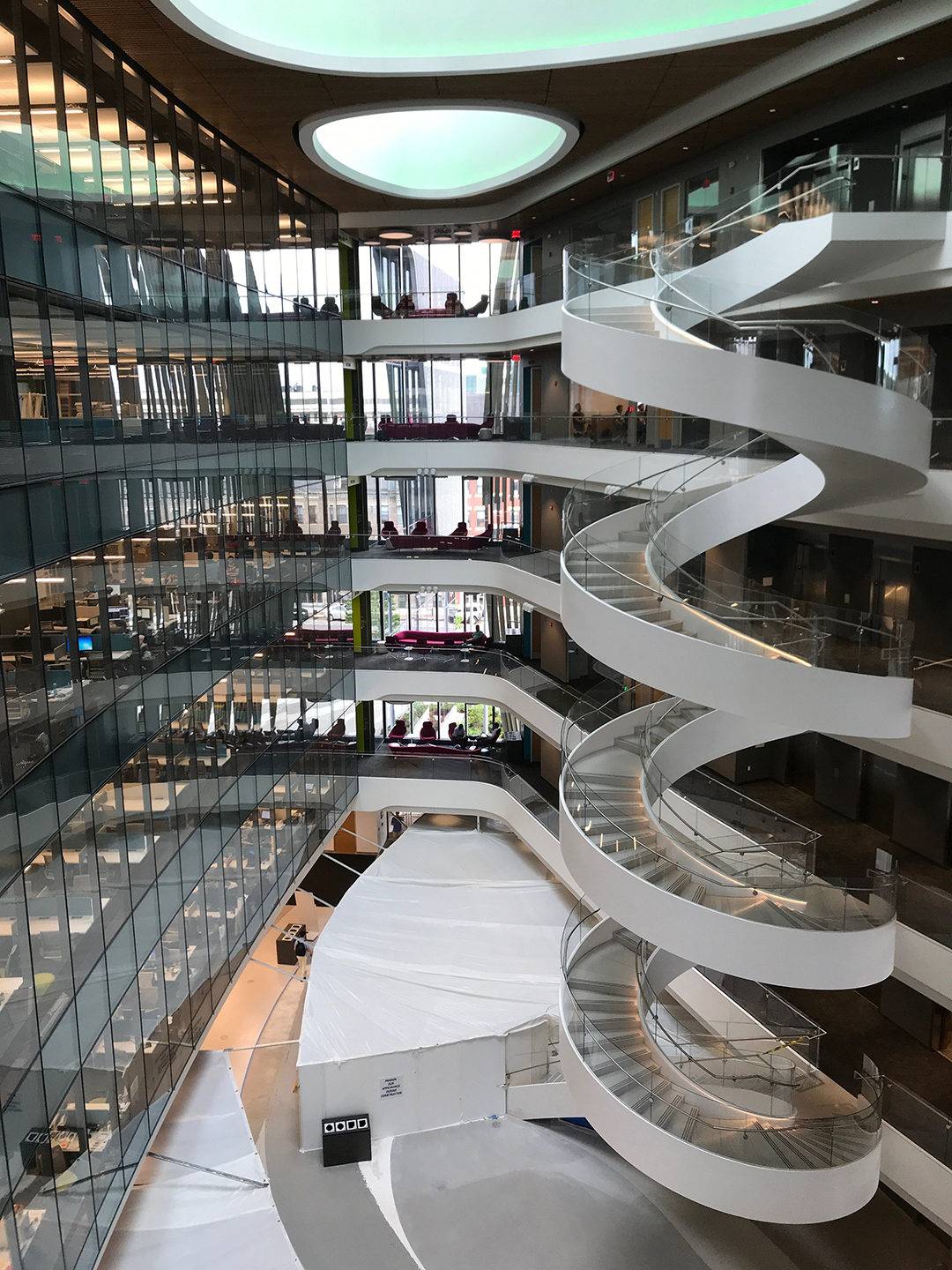 The spiral stairs, a visual focal point of the atrium, offers an incredible perspective of the research labs to the north, the offices to the south and how the atrium and the interstitial spaces mediate the two wings – physical and visually. 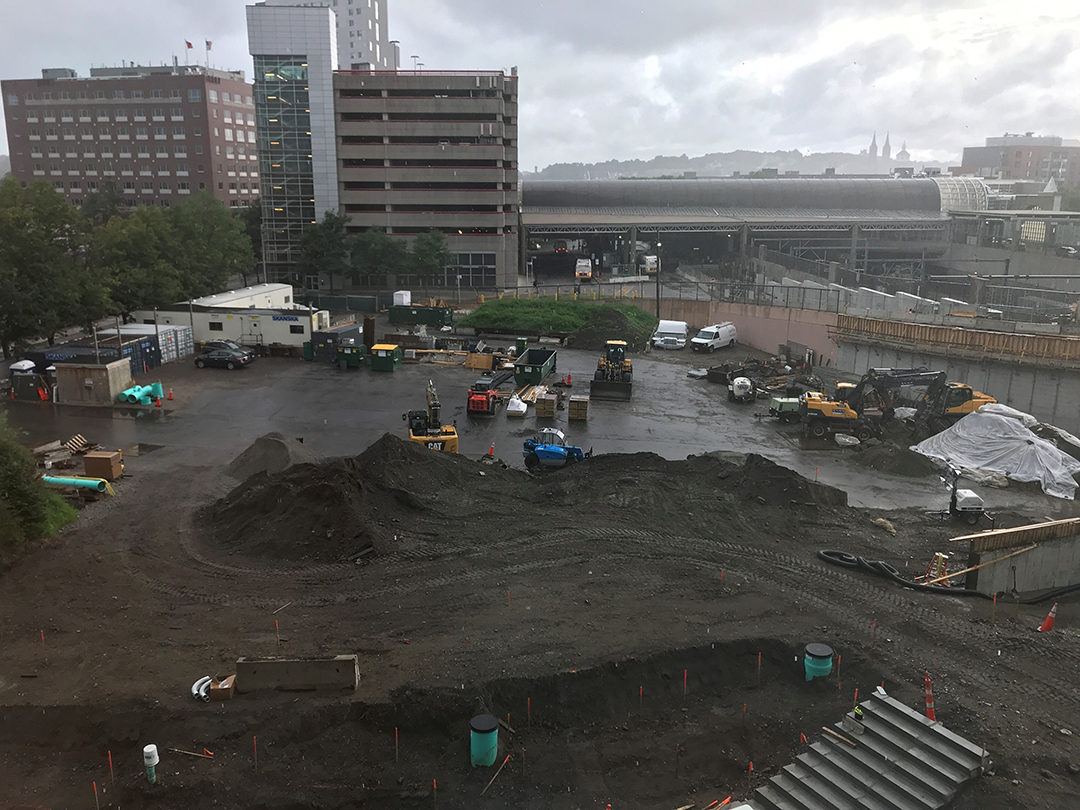 The building is the first phase of the University’s long-term urban vision to connect the Roxbury and Fenway neighborhoods. To the south, we saw the building site for the second phase of the ISEC and the groundwork for the pedestrian bridge, an integral part of the master plan that spans over the rail lines that bifurcate the campus. The pedestrian bridge will connect the Columbus Ave side of campus to the Huntington Ave campus. Construction on the pedestrian bridge will be completed later this year and we can’t wait to see how it activates Columbus Ave!