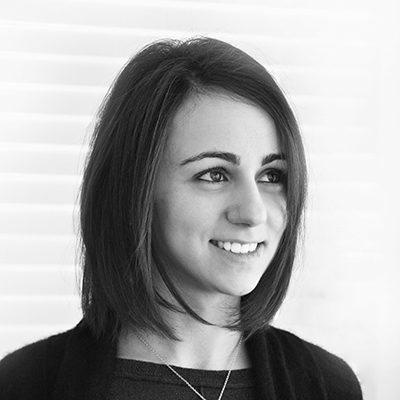 In June, Payette’s WiD group and Young Designer’s Core (YDC) hosted a special construction tour of Tado Ando’s Clark Art Institute addition in Williamstown, MA. The expansion includes a Visitor, Exhibition and Conference Center (VECC) and the Stone Hill Center. Nick Green from the Arcadis Group led the Payette crew on an in-depth tour of the campus explaining the phasing of the expansion project as well as Ando’s history with the Clark.

Walking along part of the wooded two-mile public walking trails, our first stop was Ando’s Stone Hill Center (completed in 2008). Here we saw how Ando departed from his usual treatment of smooth poured concrete walls (the method he employs at the new visitor center addition) by imprinting wood grain along the concrete walls. This detailing, created by formwork with wood inside, references Stone Hill Center’s exterior horizontal cedar siding. As Stone Hill Center was Phase 1 of the expansion and the VECC addition is part of Phase 2, two different concrete subs were used on the project.

We explored Ando’s new VECC addition, which overlooks a three-tiered reflecting pool that visually connects the landscape and surrounding buildings. Nick explained how many phasing issues developed from the water feature that was downscaled to half of its original size, as the design size would have been unsustainable to upkeep.  The water feature is part of an advanced water management system that reduces Clark’s potable water consumption by 50%. Check out this demonstration, which shows how the permeable parking lot surface feeds into a rainwater collection system.

Highlights of the tour included a behind-the-scenes look at the art-transit process, holding room and loading dock area as well as the gallery spaces. 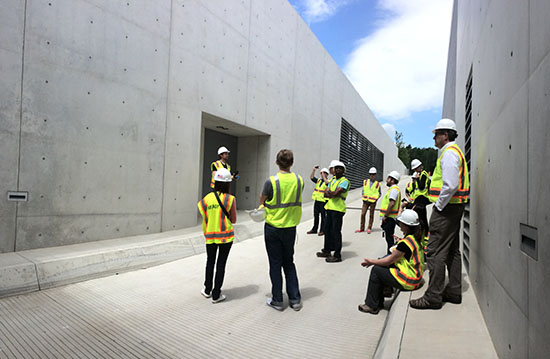 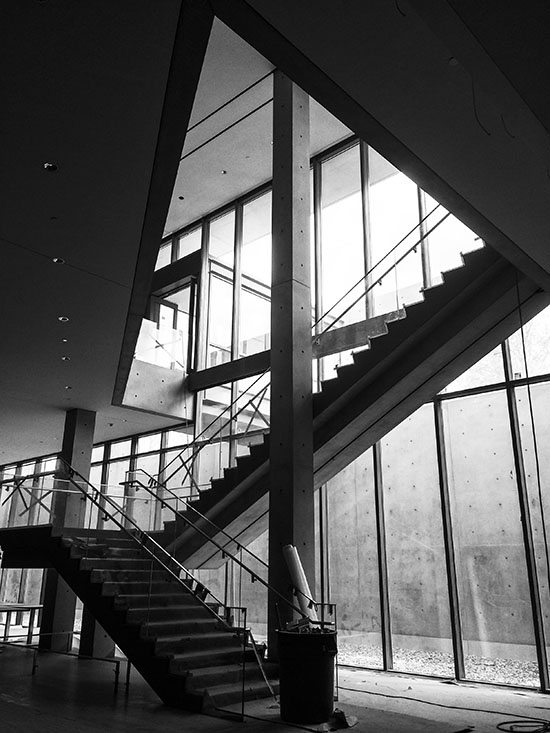 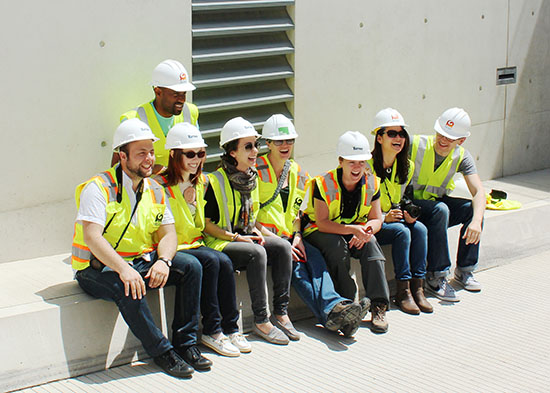 Our group greatly enjoyed examining Ando’s finely executed poured in place concrete and experiencing how his monolithic forms began to blend the lines between the indoors and the outdoors. We left the site full of workers pushing to get the VECC ready to open later this week on July 4.

Hi there I am so thrilled I found your blog page, I really found you by error, while I was looking on Digg for something else, Regardless I am here now and
would just like to say thanks for a incredible post
and a all round exciting blog (I also love the theme/design), I don’t
have time to browse it all at the minute but I have
saved it and also included your RSS feeds, so when I have time I
will be back to read a great deal more, Please do keep up the fantastic work.