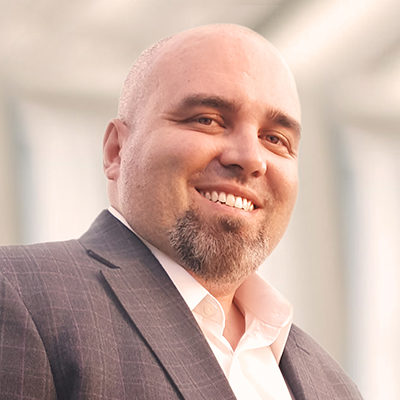 Setting aside the classic, (and tacky) movie quotes, virtual reality (VR) will not take you into the matrix and it’s not a time machine … or is it? If you were given the opportunity to travel into the future and walk around your newly renovated home, brand new lab or an operating room, is that something you’d be interested in? Virtual reality now offers that possibility.

What exactly is VR?
VR is a head mounted display system that allows the user to experience a computer simulated environment as if they were actually in that space. At Payette we’ve explored several different virtual reality systems over the past six months. One of those systems uses static panoramic images and the other is a more immersive system that allows the user to freely move around a digital simulation.

The first system we tested uses still panoramic renderings viewed on a smartphone that is placed in a ‘viewfinder’ style headset, like the light-weight Google Cardboard. In this system we created 3D panoramic images by using stereoscopic cameras in our 3D software to create the illusion of a three dimensional image and view them through Google Cardboard. There are many versions of Google Cardboard style headsets and we tested several. The key to creating a true three-dimensional image is the stereoscopic camera. A stereoscopic camera renders out two separate static images in 3D space, representing each eye and factoring in the average distance between both eyes. This panoramic system provides the user a better spatial understanding than that of a two-dimensional rendering, but limits the user from moving around the space, whereas more immersive systems do allow the user to “move around.” Our experimentation of this static virtual reality opened the door for exploration of a much more immersive and dynamic imaging system.

Next we tested a platform that allows the user to travel though the designed space. We use a similar system to the still panoramic, but in this method the images that the user views are rendered in real-time and are animated based on the user’s direction and movement. This means as the user turns their head and walks around, the computer is rendering what they see in the scene frame-by-frame. When you watch an animation, the path has already been set for you and rendered in advance, in VR you are setting the path and the computer needs to be powerful enough to keep up. The act of looking around an environment is now enhanced by the ability to physically move about that environment. Standing in a large atrium space feels like you are really standing there looking up into the openness. Walking along a bridge feels like you are actually on a bridge looking over the railing onto what is beneath. For this system we have utilized the HTC Vive virtual reality head mounted display (HMD). The Vive is tethered to a computer, which is designed to run real time calculations of what the user is viewing. We’ve seen many iterations of virtual reality where the method of transitioning the user throughout the space is by linearly moving the user in VR while their body stays still in the real world. We explored this method and found that there is a side effect that causes motion sickness in some people. With some guidance from ConstructionVR Inc. we have adopted a workflow that allows the user to transition themselves where they want to go, anywhere in the scene by using a hand held controller and pointing to a highlighted spot. With the press of a button the user instantly transitions to the selected spot. This mode of VR transportation eliminates the motion sickness side effect. 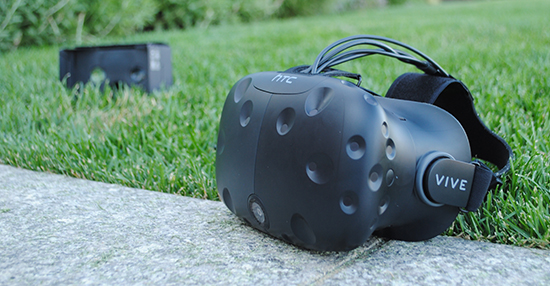 Our initial tests of the static panoramic VR system were successful and very interesting but didn’t blow us away. However, as soon as our design teams tried on the Vive and stepped “into” their project, they became immersed in the design. The ability to freely “walk around” in the designed space is a tremendous addition to the designer’s toolkit. Shortly after donning the Vive headset, one of our Principals immediately started commenting on design decisions he felt needed to adapt now that he could experience the space. He discovered the spacing of the custom slat ceiling structure needed adjusting. He also walked over and analyzed details of how different aspects of the design came together and noted whether or not they seemed to work well. VR confirmed that the space felt open and pleasant. 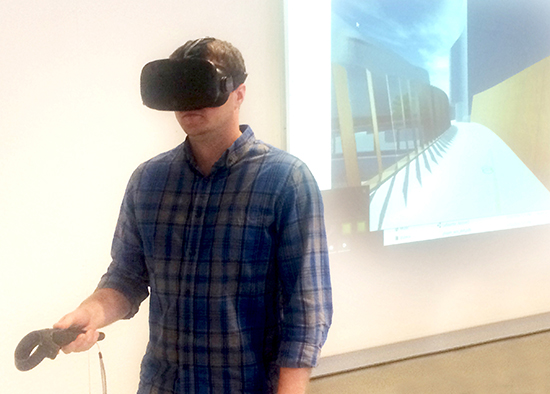 More teams are now utilizing VR and at all stages of design. We have enabled teams to make adjustments with perfect accuracy when analyzing what a visitor will see when progressing through a landscape and over a very crucial pedestrian bridge. Teams can study how the bridge connects to the existing site on one end and how it terminates on the other. The same team has also used VR to give their client a chance to experience the space and better understand how it will function and what they will see throughout their daily use in the future. Another team is in the process of making early massing and planning decisions and has already updated their project several times in VR, working through significant design decisions. One architect on this team commented “Now that I have access to this, why wouldn’t I use it?”

This new tool is quickly becoming an important part of the design process at Payette. Our 3D Visualization group is well versed in the practice of providing imagery that supports design iterations. We are establishing our VR workflow with this practice in mind. We have designed a streamlined process for translating building models and sites into Unity which is a video game engine we use to build for VR. We decided early on that a smooth experience in VR is more important than a highly rendered finished looking product. That’s not to say our stuff doesn’t look good, but as we learn more we will be able to do more with the software while maintaining a balance between functionality and beauty.

Of course, there will be opportunities to use VR to present our ideas, but our initial focus led us to explore VR to decide if it could be used to support our design teams. We see VR as a design tool first and presentation tool second.