Kerry Drake embarked on a once-in-a-lifetime opportunity earlier this year: she worked with the Engineers without Borders (EWB) Fellows program for six months in the highlands of Guatemala serving as an architectural representative. 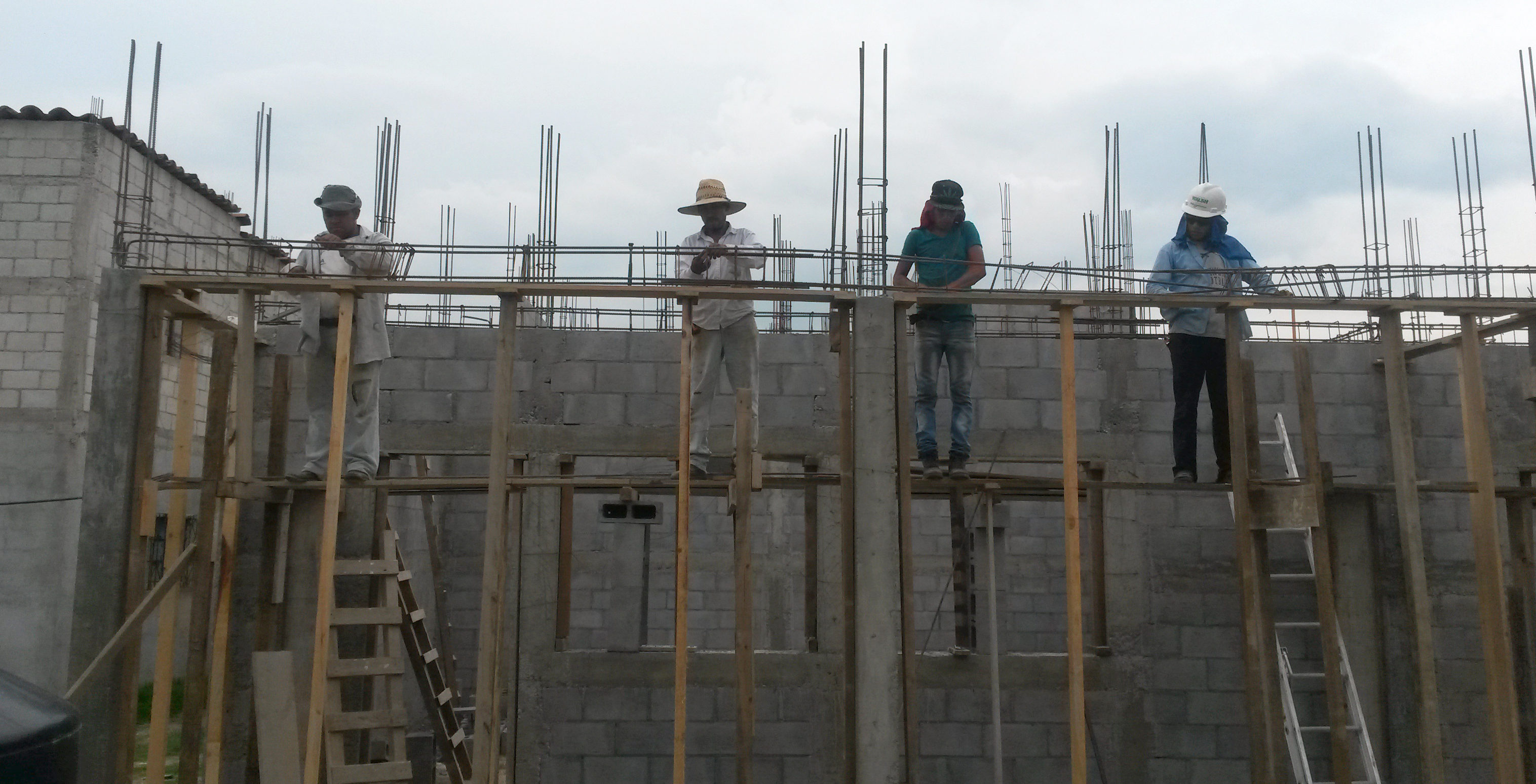 Labor Day has passed, traditionally marking the end of summer in New England. Although it’s hard for us to believe, my partner Ben and I have been back in the US for almost two months now! We left Guatemala in mid-July, very tired but satisfied that our work was either completed or to be finished in very good hands.

For six months, I managed the construction of the first public high school in Joyabaj, Guatemala. Phase I included the partial demolition and renovation of an existing structure. Demolition took place in February and March, and is detailed in one of my previous blog posts. Construction of the new roof started in March and continued into April, along with rebuilding walls and plastering.

In late April, following Semana Santa (Holy Week), excavation for Phase II began. Phase II included new construction of three classrooms, in a similar design to match the existing structure. A work crew was hired, and along with the roofers we suddenly had 15 people on site! The work started progressing very quickly. Despite the scorching tropical sun, armed only with shovels and pickaxes, the crew made short work of the site excavation.

I was quite busy during that time, ensuring that the building dimensions were coordinated for excavation, and that the concrete and steel materials were installed correctly. Luis, the lead mason, was skilled in concrete and block construction, but the EWB construction details were not typical for Guatemala. The plans and details had to be explained and enforced. This, in fact, was one of the main purposes for my presence in Joyabaj: to ensure that the EWB structural plans were realized, as designed. Joyabaj is in a major seismic zone, and EWB’s intent is to provide structurally robust buildings and bridges to ensure the safety of occupants. 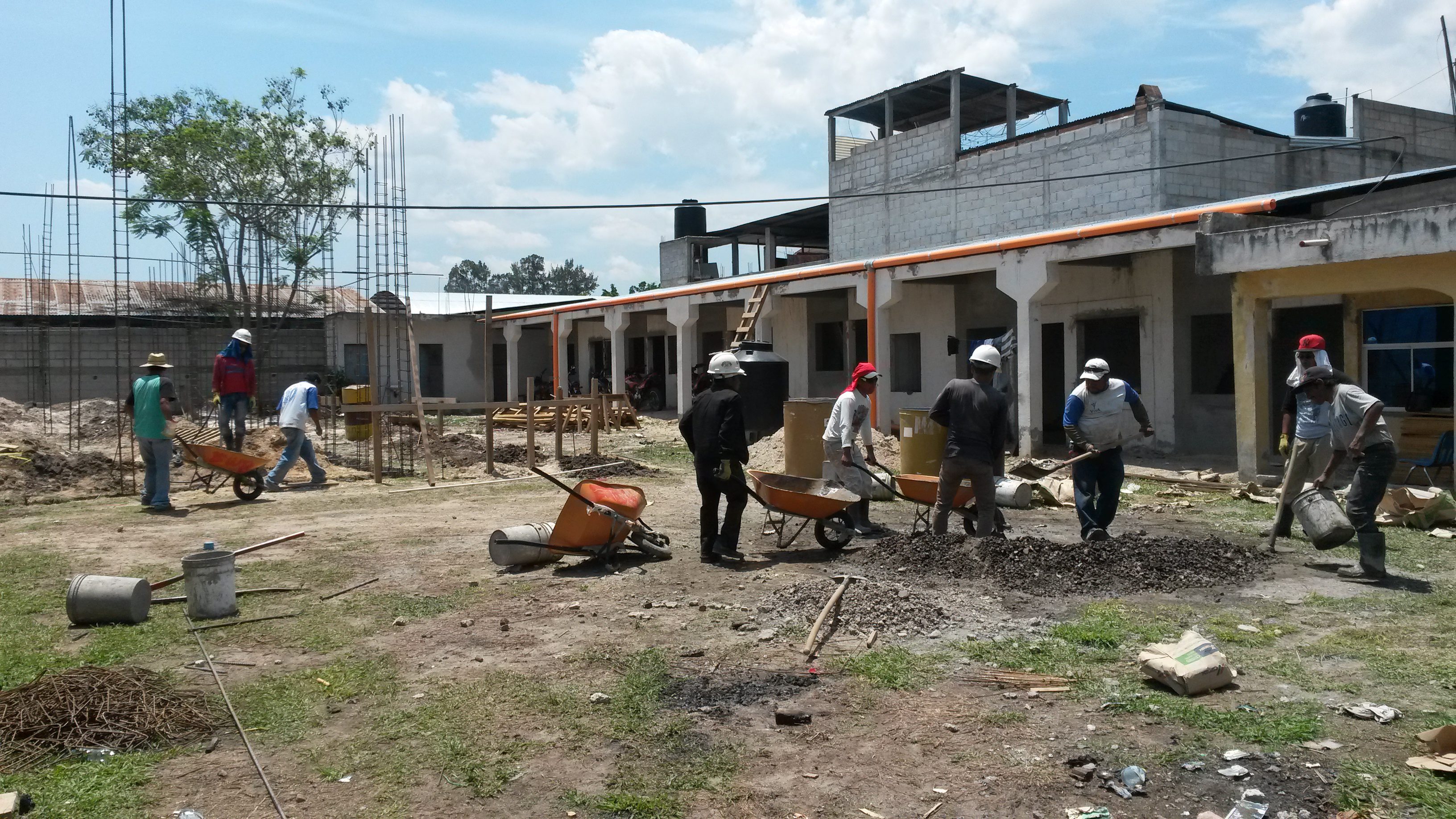 Key to the structural robustness of the Instituto design is a tooth-in detail, which strengthens the commonly used confined masonry system. Confined masonry consists of concrete block wall panels framed with steel-reinforced concrete columns and beams. When built properly, it provides adequate resistance against seismic forces. During construction, the concrete blocks are laid first, and then the columns and beams are tied and poured, knitting the wall together. The blocks remain hollow and are not filled with steel reinforcing or concrete grout. When typically constructed, this system has columns with vertically straight sides. However, our project featured toothed-in the columns, which increases the wall-to-column connection for seismic performance. 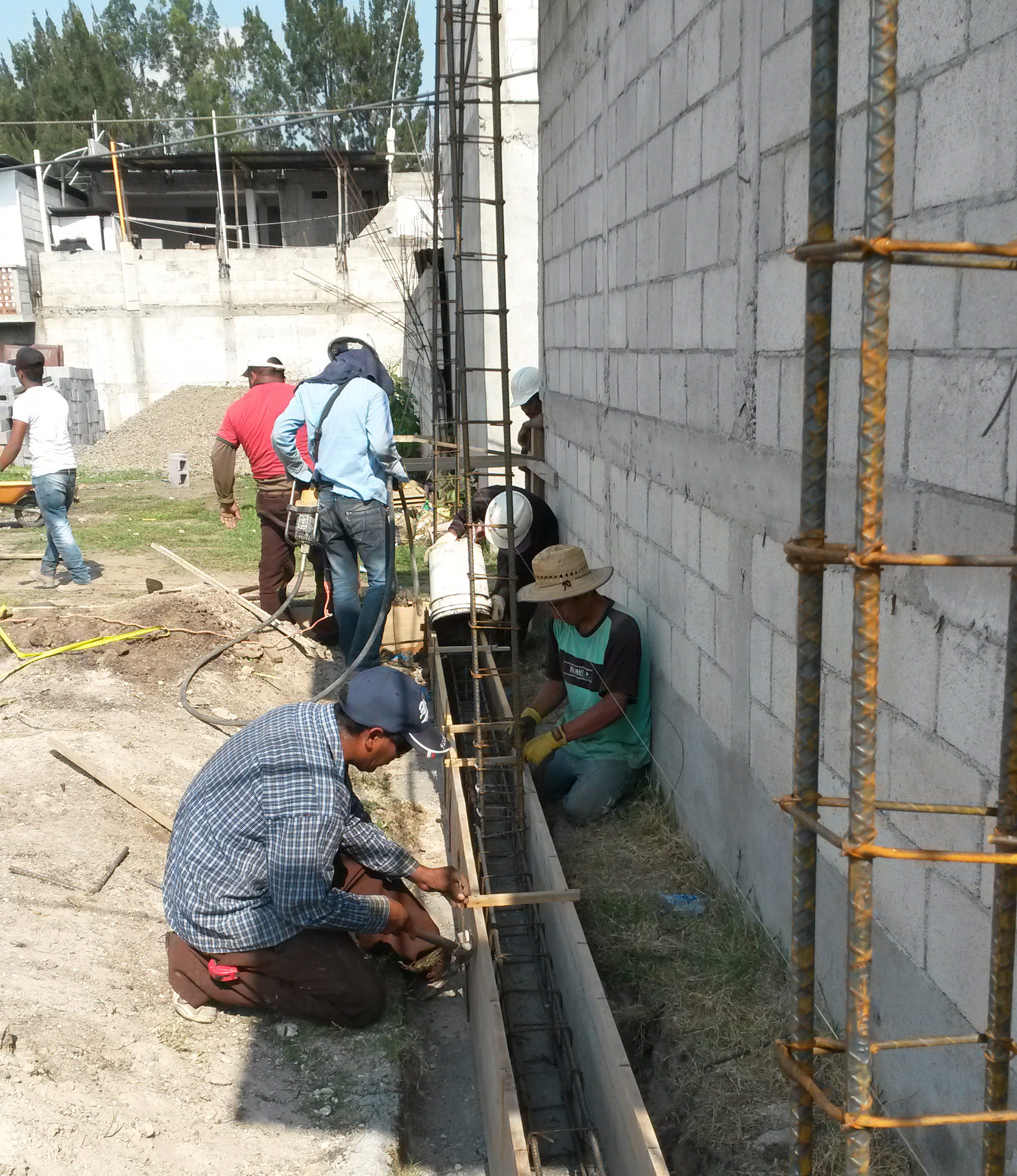 It’s essential to this system’s strength to ensure that the reinforcing steel bars are properly connected.  Continuity between connections can be missed when working in confined masonry. Horizontal runs of bar must overlap sufficiently, and transitions between beam and column must have adequate length.

Also key was ensuring that steel details conformed to plan. I put my inspector hat on and supported the workers in placing proper lap length, adequately hooking the bars and adding additional ties. The crew was very patient, and though it meant more work for them, and sometimes seemed strange, they knew that this was a special project that required additional work. 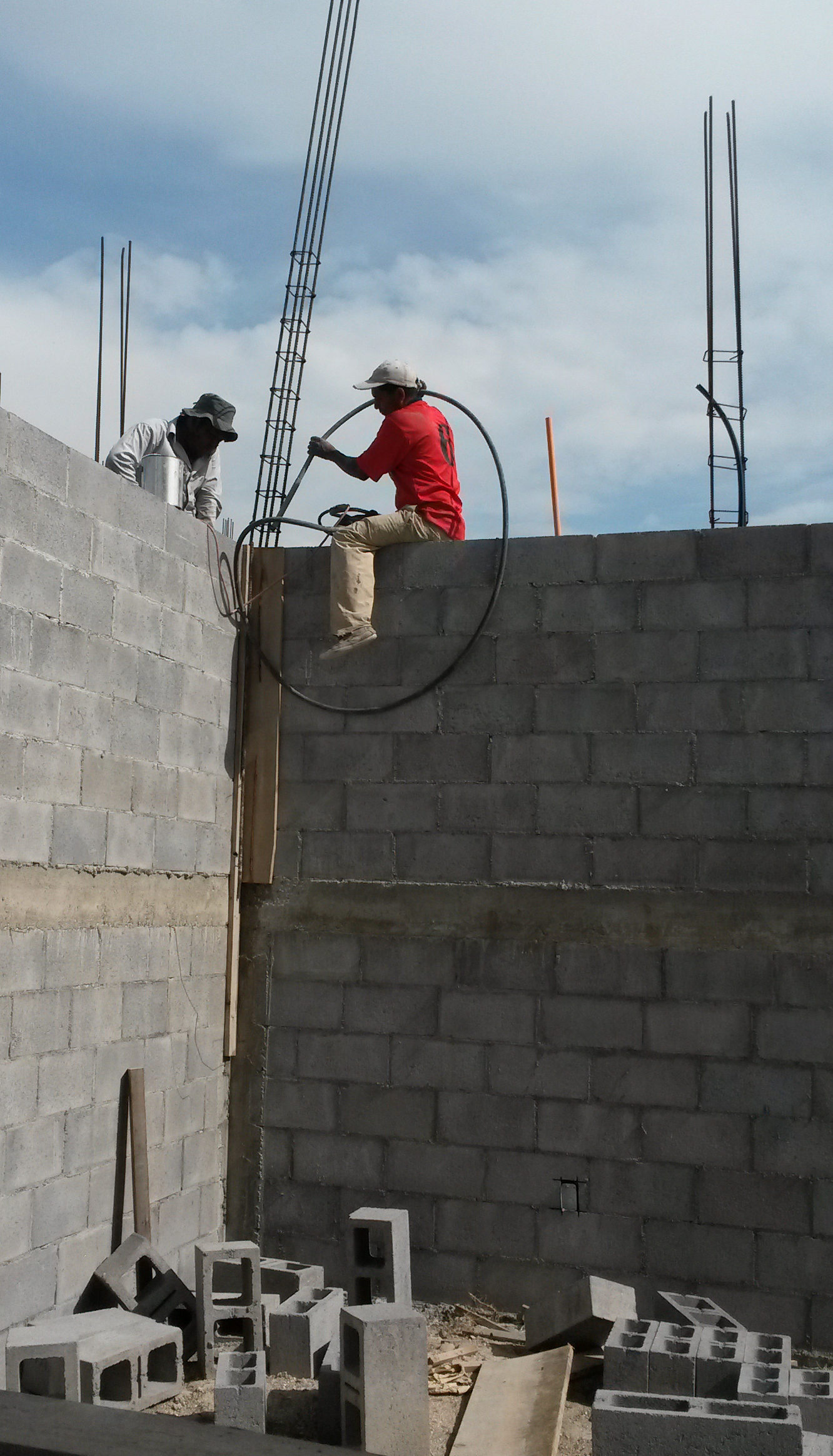 To form the foundation, columns and beams, the workers mixed the concrete on the ground and carried it bucket by bucket over to the site. Concrete is always a major issue in rural sites. Usually mixed by hand, it inevitably has too much water and too little aggregate, which makes it structurally weak. Workers add too much water because it makes the mix easier to work, and is cheaper than cement, sand or stone. A beam poured with wet concrete looks the same as a beam poured with a stiffer mix (in fact, may look better due to less honey-combing), so from their perspective, what’s the problem? To help explain what we wanted, we picked up a somewhat vulgar, but VERY useful slogan: “horse poop, not cow poop.” The guys loved it, laughed, and then made it happen! (Horse poop has more structural integrity than cow poop, and definitely better than pig poop.) Additionally, our local EWB team provided a concrete vibrator, which was a big hit when the crew found out that it made placing the concrete in the forms a lot easier. 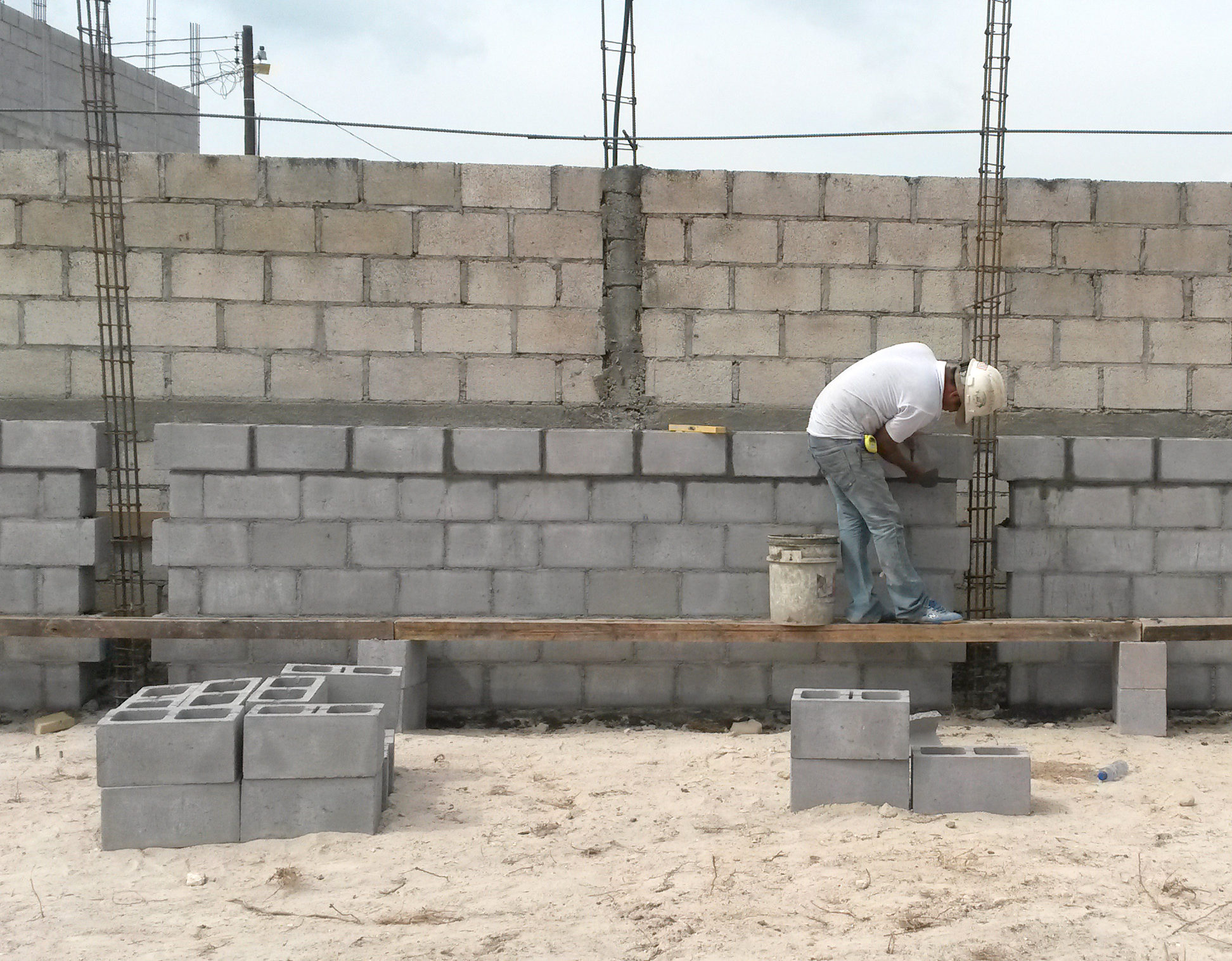 Like all good things, my time in Guatemala had to come to an end. The week that I left Joyabaj, the crew was starting the roof of the new building; my mission of overseeing the EWB documents and ensuring the structural integrity of the project was completed. The additional sitework (Phase III) will be continued in the capable hands our local EWB masons Cleto and Mincho.

I have been keeping in touch with work crews who have recently visited the site. Since my departure, a large group of volunteers from the United States came and painted the offices on the site. The plaster and roof have been finished on the Phase II building, and last I heard they were starting on the floor and the basketball court! The Instituto is on track to open for the next school year, in January.