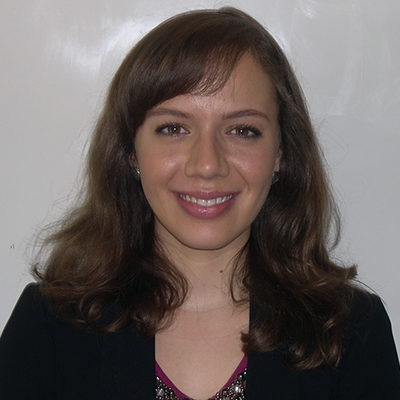 Marking the conclusion of the successful Jim Collins, Jr. era, and the start of an exciting shift to leadership by Kevin B. Sullivan, the people of Payette have a lot of reasons to celebrate. From White House cake to freshly-popped corn and hot-pink mohawks to llama masks, this year’s ‘Festivus’ was a great success.

We had several creative themes for this year’s festivities:

Kevin Sullivan’s Festivus Inauguration Ball was beautifully orchestrated; the Payette event planners did a top-notch job pulling everything together: from brie and champagne marmalade au d’oeuvres to charcuterie. Balloons, presidential seals and campaign posters lined the walls of our studio. Designer Mike Modoono showed us how his baking skills and architectural expertise can coexist by creating a confetti White House cake–an alternative medium for model-making? We even had the Payette Secret Service keeping an eye out for questionable attendees.

Woodland creatures at the Biathlon Range and avant-garde Winter Games posters in the theatre lounge space set the stage for a humorous experience. The Winter Games group pulled together their very own torch lighting ceremony with several Payette people running through the streets of Boston to kick-off the Games.

Candycane Carnival was a highly interactive theme that allowed people to engage in fun games and merriment while indulging in carnival cuisine. The photobooth was a hit! Just ask Jim Collins, Jr. who posed with none other than himself! And let’s not forget about the photobooth props. This carnival had everything from the ‘Boom Boom Balloon’ game and a wheel of fortune to prizes and hot dogs.

Hot dogs weren’t the only hot item on the list. The Colo Island Jammin’ Christmas theme was all fun-in-the-sun. Replete with tropical beverages and Hawaiian leis, this team has your vacation covered. Inflatable beach toys and boogie boards galore!

Team Seinfeld: more often than not, less really is more. I did some reconnaissance when approaching this group’s setup. “So the point is to sit here and watch Seinfeld?” Pretty much. How brilliant! It’s obvious that Payette knows a few things about space planning: the comfortable couch and TV layout accompanied by comedic Seinfeld posters created the perfect environment for which to sit back and relax.

Last, but not least: Club Lido. This group transformed their space into an in-office nightclub. From a professional mixologist to a bouncer, Club Lido was the real deal. Bubble wrapped perimeter, strobe lights, glow sticks, thumping music, and breathtaking snowflakes set the mood to this group’s creation.

Some of the trending items on the 2013 Festivus Runway included an assortment of red, white and blue hand-held balloons, sunglasses worn at night and wind-breakers. Glow stick necklaces and bracelets seemed to be the accessory of choice. Watch out, world! Here, at Payette, we set trends.

Beyond celebrating the holidays, Festivus is a celebration of the creativity that is a prominent fixture in our corporate culture. Take a moment to look at our photo gallery. A picture is worth a thousand words, and we have more than one! 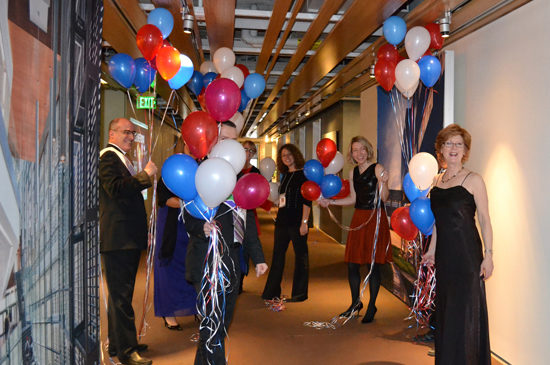 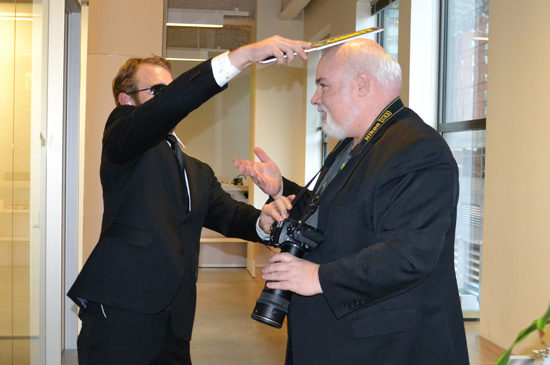 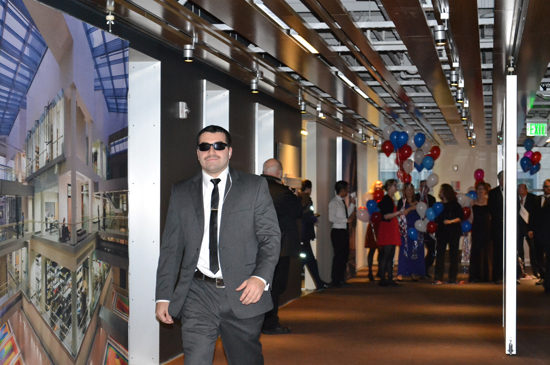 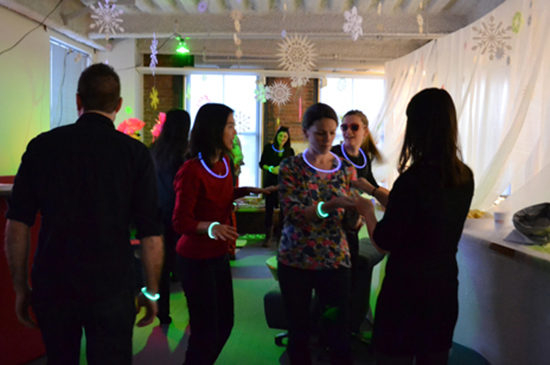 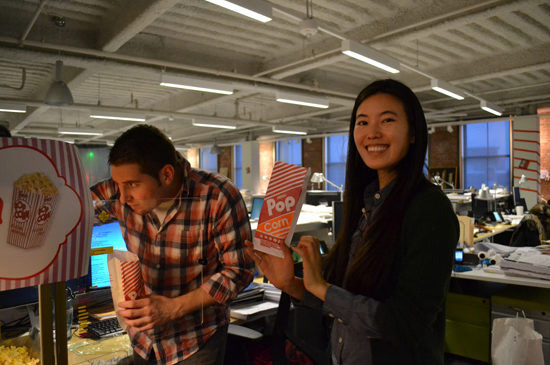 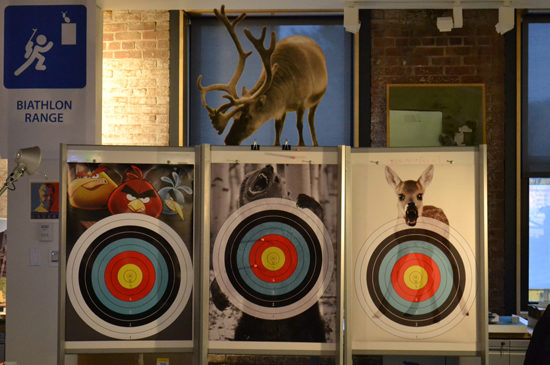 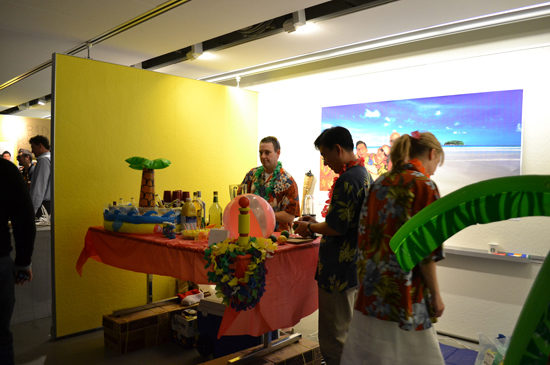 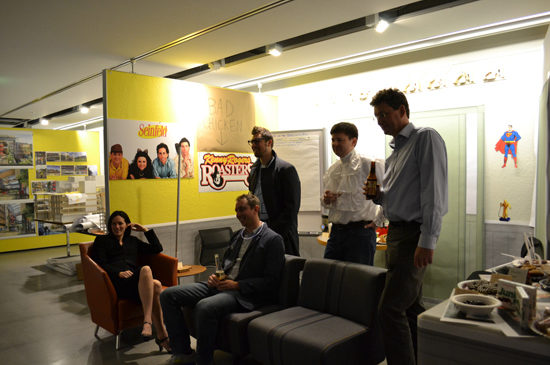 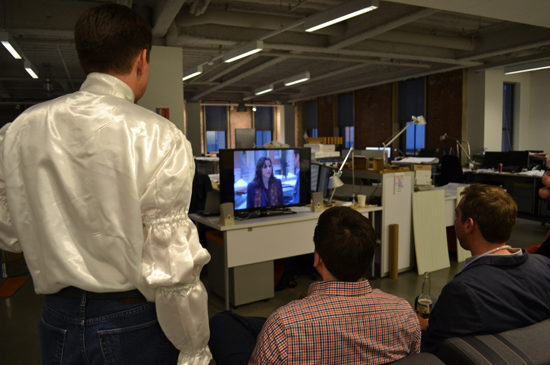 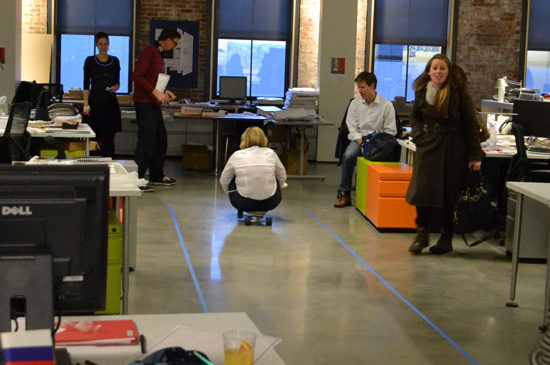 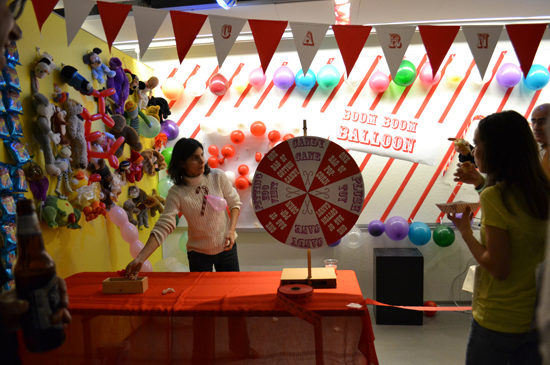 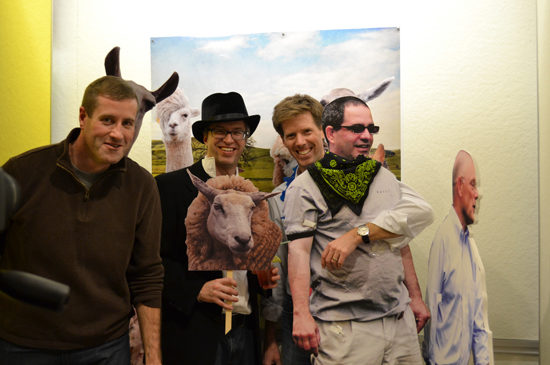 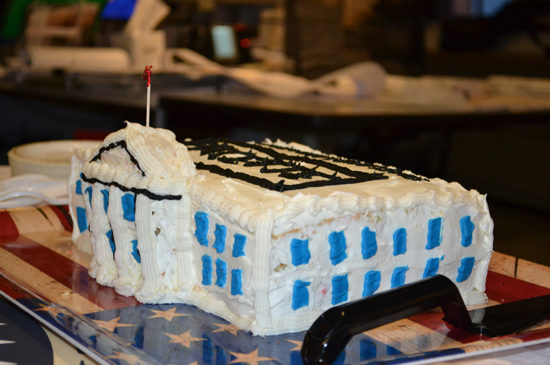 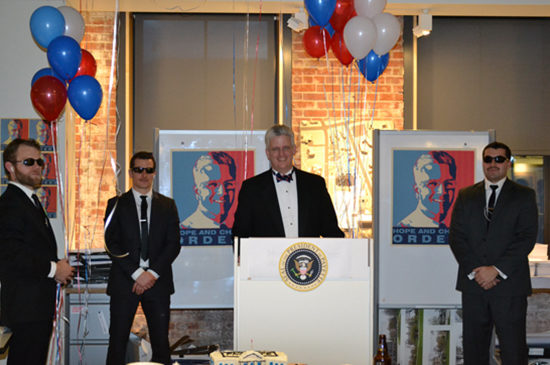 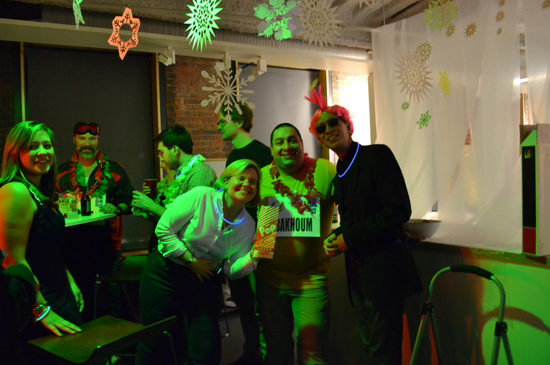 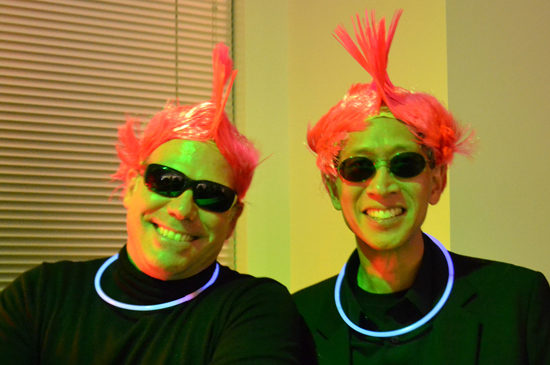 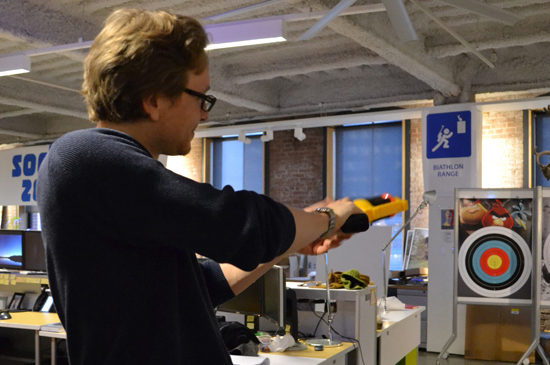