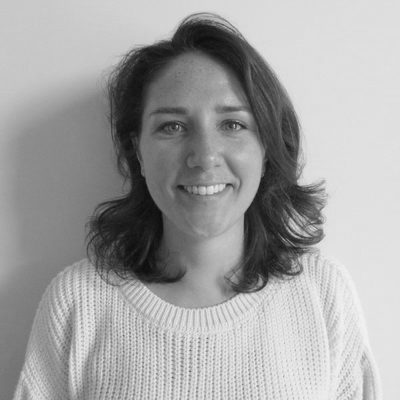 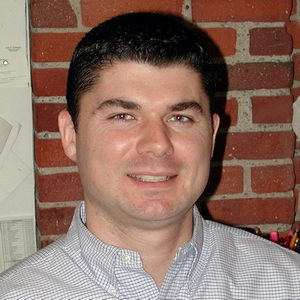 Within our single floor studio office, we have a collaboration zone affectionately dubbed the Lido Deck. The space was designed in 2013 to be used for presentations, breakout meeting spaces and informal weekly Friday events. However, we’ve decided the time has come to re-image this space to better fit our needs. To achieve this, we developed a friendly design competition judged by a group of individuals from our office.

Each of our judges brought a unique perspective and set of experiences to our friendly design competition to re-imagine our Lido Deck. The judges came to the experience with an open mind about what the event would entail and how to interpret the outcomes presented by the participating teams.

Our design competition featured nine teams of 2-4 people charged with developing a design that maintains and enhances the current functions of the Lido Deck while expanding on its potential. The project also needs to utilize our in-house fabrication tools. The schemes were presented in front of the firm and our panel of judges, who decided on four shortlisted teams to will develop and evaluate their design concepts by creating physical prototypes and mock-ups. 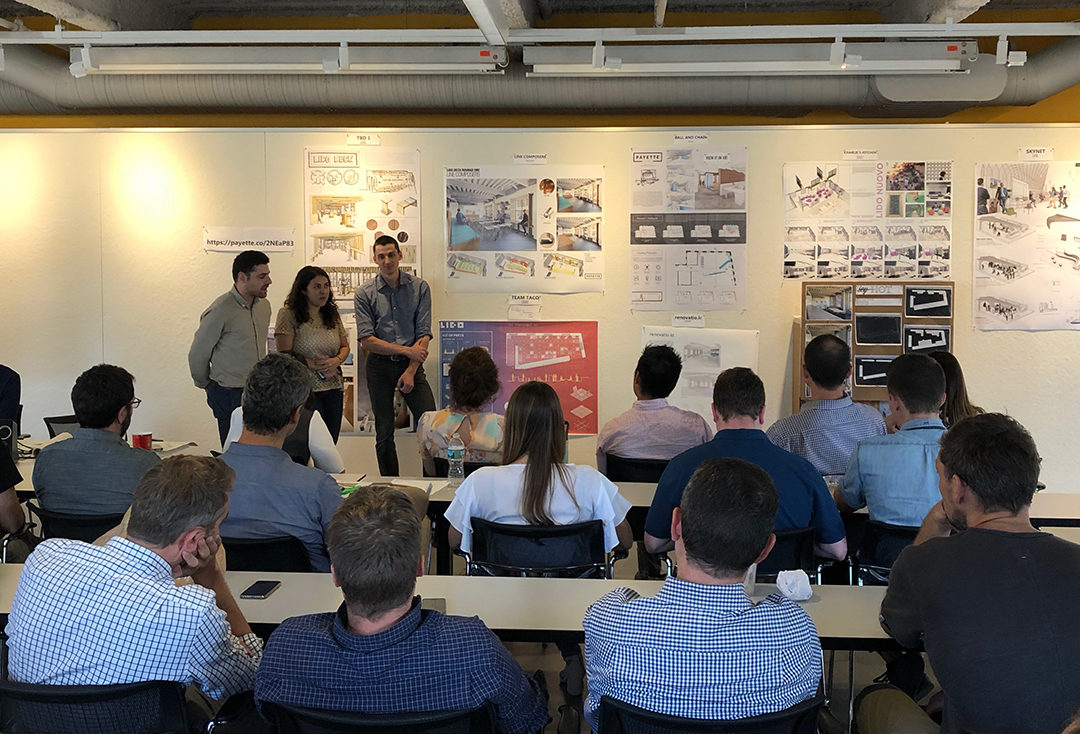 Michael Liporto, Payette Associate
Personally not having spent much time on the Lido Deck, except for the occasional “Friday’s at Four” gatherings, I was intrigued when I heard about the competition to redesign the space and excited to see the different conceptual designs offered by the nine teams that entered proposals. The brief was fairly generic but included some details (specifically the requirement that the design incorporate elements that could be produced in conjunction with the “FabLab”) that were certainly considerations when deliberating. The designs ranged in style and ambition, some focused on a singular architectural move while others offered a kit of parts that could be assembled to meet the various programmatic requirements set forth in the brief. Some respected existing conditions and cost while others took a more aggressive approach. Ultimately, we chose four schemes that support the various needs and exhibited the potential to transform the existing space with an updated look with the use of our fabrication lab. It will be interesting to see how the designs progress and how they respond to the constructive criticism provided as a result of the first round review.

Isabella Frontado, Payette Intern
Being a judge for the Lido Deck Competition was one of my favorite experiences of being an Intern here this summer. It provided me with the opportunity to see how others experience the office and understand what their wants and needs are for the office space they inhabit. The projects varied in character, however, each project defined the Lido Deck as a central gathering space, one where informal gatherings could continue to take place. Some groups proposed constructing walls to separate the space into a more private area, while others broke down all barriers, blending gathering and working spaces together. Some groups proposed playful, movable scenarios, while others proposed more defined spaces. I leaned toward the open, collective, moderately flexible models that blended working and gathering spaces. I liked how in these blended environments, people would be able look up from their work and see events or presentations taking place. The Lido Deck would serve as a central alcove where people could interact and exchange ideas both formally and informally. The new Lido Deck is one that I hope supports and celebrates Payette’s collective working and learning environment. The four finalists each presented a range of designs and I am excited to see what comes next!