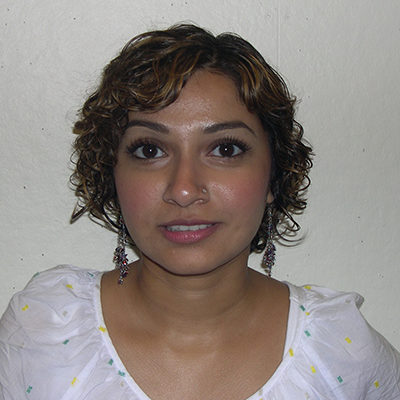 October 23 marked the 16th Annual Fashion Show and Charity Event hosted by the New England IIDA Chapter. The event was attended by over 1,200 people from all facets of the New England design community.

Each year firms partner with reps and vendors to create one-of-a-kind high fashion designs out of materials such as carpet, fabric, tile and more. This year there were 21 entrants (both professional and student) who worked towards creating costumes interpreting the theme, ADAPTATION. 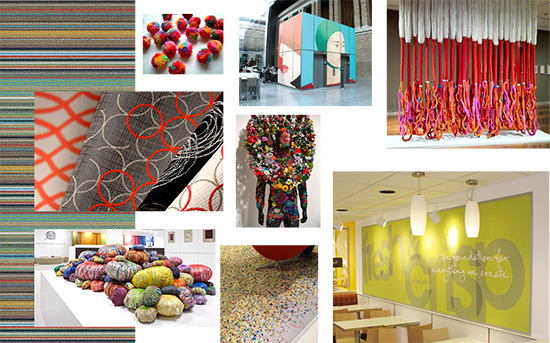 Because I re-joined Payette partway through this year, I continued to work with my team from my previous firm. It’s been a few years since Payette has participated, but I hope to put our firm back on the IIDA Fashion Show map next year!

The concept I worked on while at Miller Dyer Spears was “The Mating Game,” inspired by the adornments of animals in nature. We focused on adornments evolved through Sexual Selection, which, based on observations made by Charles Darwin, is the evolutionary process that favors adaptations that increase an animal’s chances of mating.

My team created one female and one male costume. The female costume represented the female counterparts in nature that have evolved to blend into their surroundings either to help camouflage them for hunting purposes, as well as for protecting their offspring from being noticed by predators. 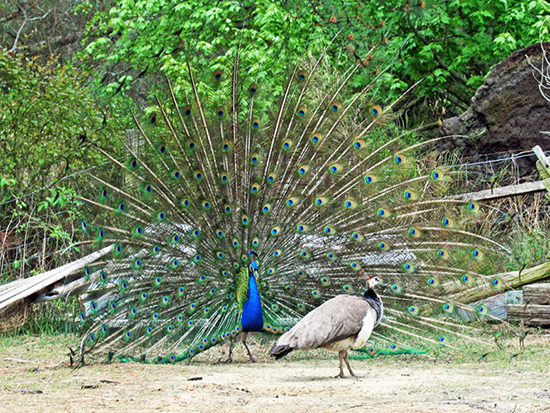 Our costumes found inspiration in nature — a peacock and a peahen
Image source: wikipedia.org 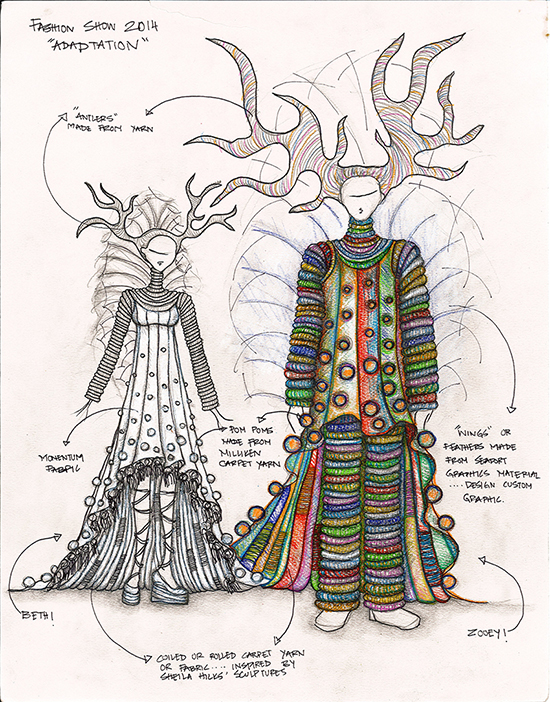 Based on these findings we designed the male costume to be very colorfully vibrant, ornate and exaggerated in size, and clumsy in appearance, whereas the costume for the female was designed using natural tones to be more muted and elegant in appearance. We spent about six months building our costumes, often using our personal time, but it was worth it!

The costumes were mostly made from various fabric patterns provided by Momentum Group and carpet yarn from Milliken. The “wings” were made from a custom pattern the team developed inspired by Momentum’s fabric patterns. This custom pattern was then printed in-house by Seaport Graphics onto their own materials. All materials were donated by the reps. 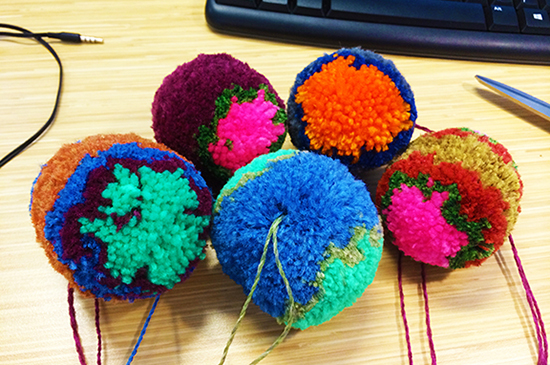 Pompoms made from carpet yarn used in our costumes 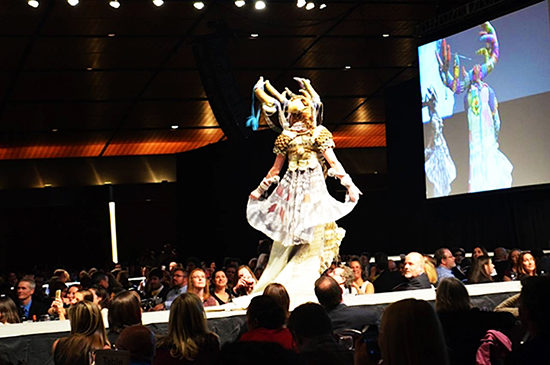 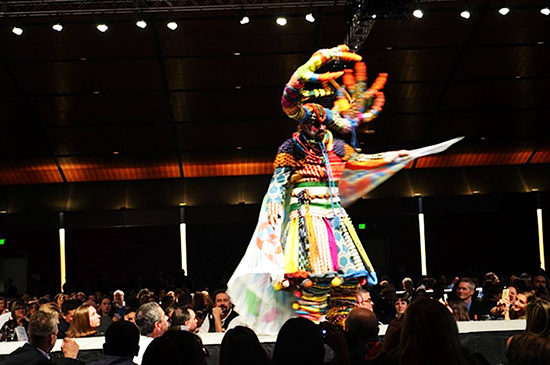 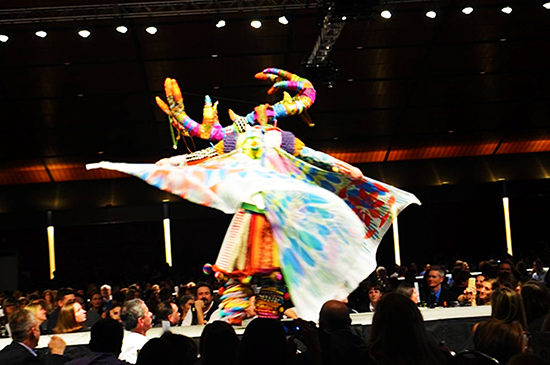 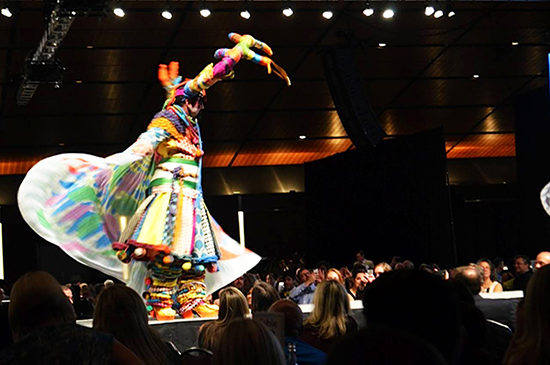 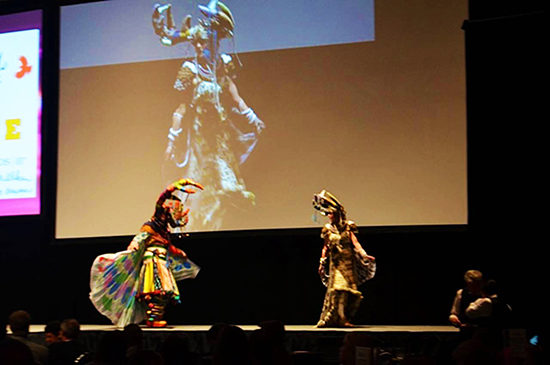