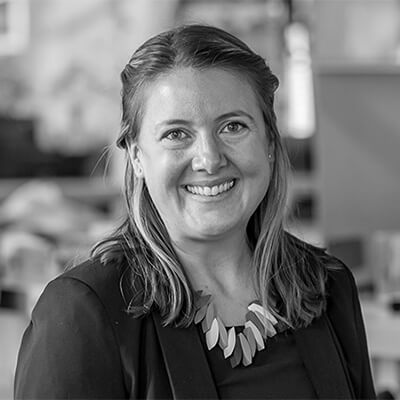 Who would have thought that we could make remote work WORK? We were forced to make it successful out of necessity, but now I wonder, hope really, if this could influence a better work/life balance in the future. I am originally from the Netherlands and have always been intrigued by their ability to live life to the fullest AND have great careers.

Back in early March my project had just finished Construction Documents and we were a well-established team. We were not always together in the office at the same time and had already been using measures like Microsoft Teams as a means for team communication, which enabled everyone to stay ‘in-the-loop’.

In mid-March the pandemic forced a shift to remote work. All things considered, it was fairly easy to switch to everyone on our team being remote and adding daily video conference ‘check-in’ calls (also on Teams) to discuss progress, open issues, and set up goals for the day. One thing I learned quickly, when we all work remotely, we need more meetings than we used to. A lot more. Meetings give us that valuable face time, let us discuss questions that might not come up otherwise, and are overall helpful in moving progress forward. Another thing I quickly learned is that sometimes you do NOT need a meeting, and instead we all just need the time to put our heads down and get work done. So, lesson learned –stay flexible!

Now it’s August. Payette has been working mostly remote for 5 months and we have it pretty well figured out. The firm has been pushing for more project presentations to be given at weekly All-Staff meetings. When we are not all sitting together in one big open Studio, these sessions keep communications between teams open, and push firm-wide collaboration as much as possible.

During this period of working from home, I joined a new team just weeks before a major deadline. This was a real test to see how fast I could integrate myself into this new team to be able to contribute in a meaningful way, all while being remote.

Typically, if someone joins the firm, or a project, the first place they go is to the Project Alcove. If you’ve ever been to our office you will have seen the project alcoves marching all along the Studio. Project alcoves are like seeing into the minds-eye of a project. This is something I thought we would not be able to recreate in a remote-work fashion.

There is a new app on Microsoft Teams called MURAL. Just as in the real-life project alcove, I found intense iterations and studies of a small detail, right next to studies of whole façades. It is a digital alcove where you can easily copy/paste snippets from various programs, add notes and sketches, and collaborate in the slightly messy, crazy way that Architects often work. Better yet, there were a few MURAL pages that were being used as a means of communication with consultants on important issues. A way to quickly show, in many scales and from various angles, why we might be requesting a change, or asking for advice. These were used in real-time coordination sessions and served as a means to record the outcome of those discussions and share them with the team. 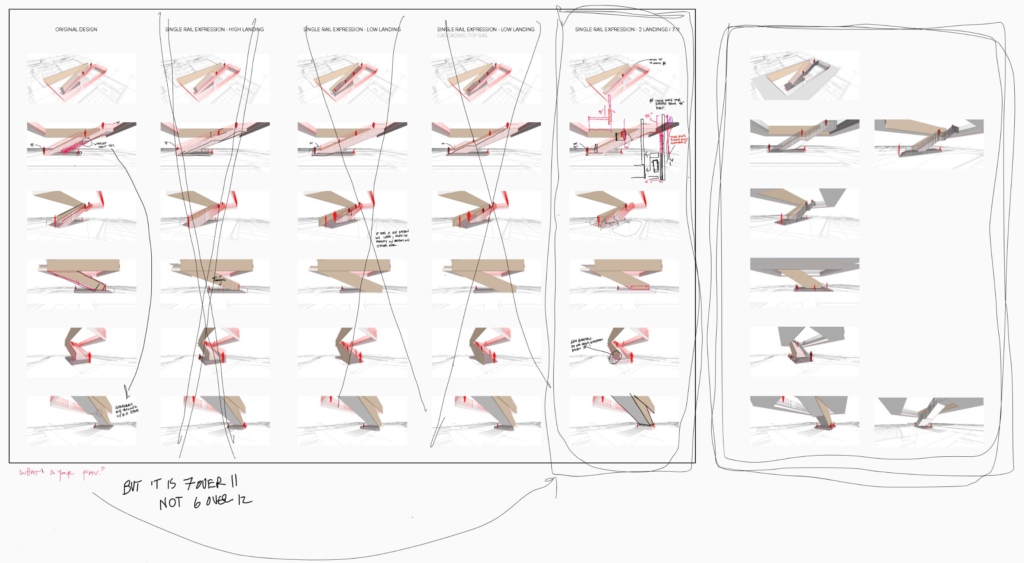 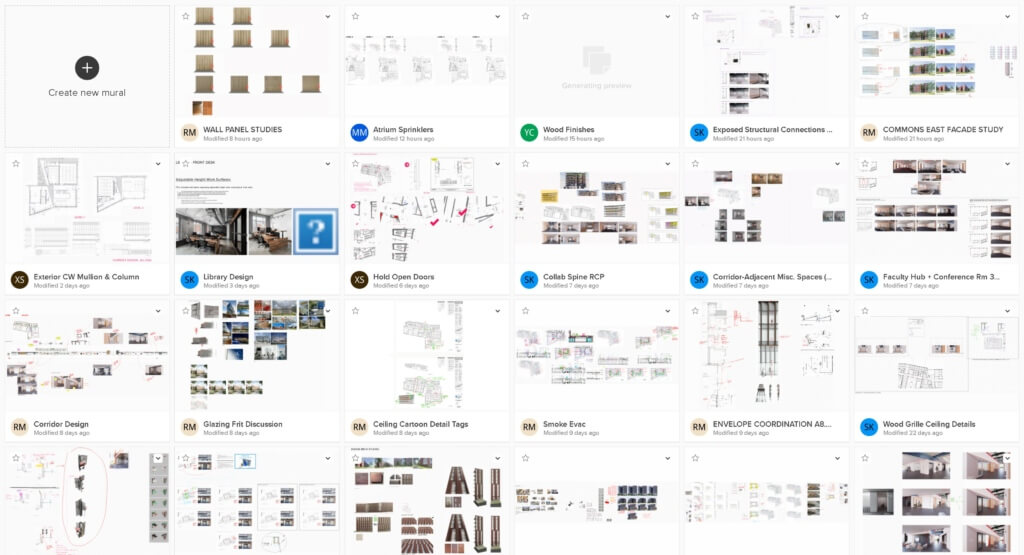 After my first week with the team, the firm had an ‘Alcove Crawl’; an all-staff meeting to quickly share recent progress of current projects. I presented on my recent observations of how the team was using the app.

In addition to MURAL, we have bi-weekly video calls where we check in on team progress, and then more meetings for specific project sections. We have been mostly utilizing Teams, but are flexible with clients and consultants using other screenshare software like Go-To-Meeting, Zoom, etc. We have digital markups on the Cloud through Bluebeam Sessions that we can all access at any time, from anywhere. It is all working!

Of course, there is something special that happens when you get a group of Architects physically in the room together. We just had our first session last week when we reviewed the deliverable post deadline in a ‘catch-all’ session. We were able to flip through the set together and reviewed full scale mockups from another project that sparked discussion of brick coursing for instance.

Our profession is incredibly collaborative, and we would have never considered remote work at such a high level pre-pandemic. There are still many reasons to have an open Studio. I cannot tell you how much I have learned over the years from listening to how my coworkers were tackling a specific detail or issue. It is so interesting to see how well a ‘catch-all’ session can move progress forward on a project when everyone is in the same room. BUT if you consider for a moment a silver lining from this pandemic: the confirmation that there can be more flexibility in the future for our schedules and workplace, possibly resulting in a better work/life balance! 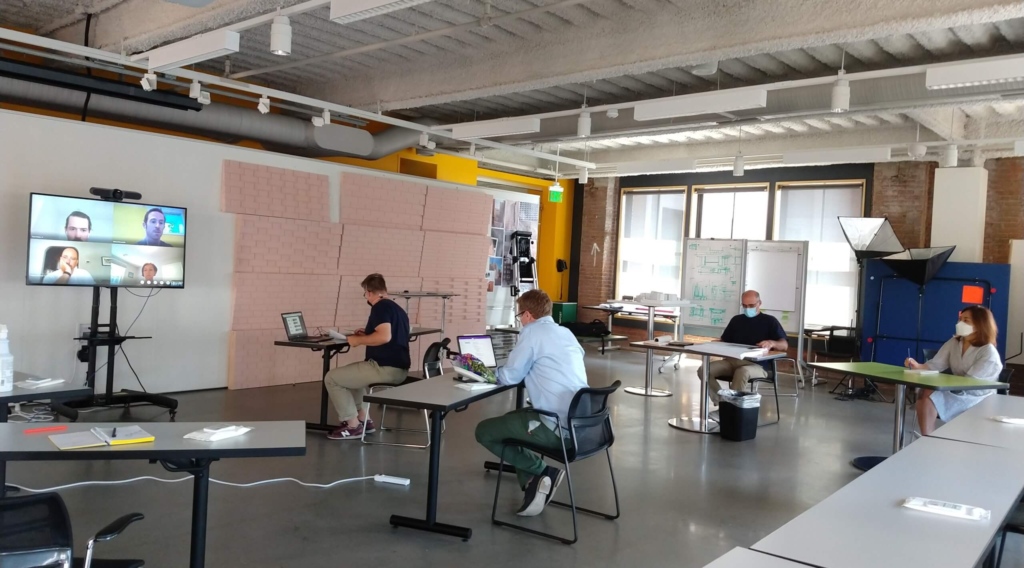