I’m about the embark on a once-in-a-lifetime opportunities that I couldn’t pass up. In November, I accepted an opportunity to work in the Engineers without Borders (EWB) Fellows program. Starting at the end of this month and continuing through June, I will be living and working in the highlands of Guatemala. My partner Ben and I have broken our lease; and we are in the process of packing and putting all of our belongings in storage — except those we can carry on to the plane.

The Project: Reconditioning a high school that houses approximately 250 students in the town of Joyabaj. The plans have already been produced by an American engineering firm; I will be serving as an architectural representative coordinating those plans during the construction process. Ben will be working in the same town, but his projects involve inspecting several bridges and a hydroelectric dam. 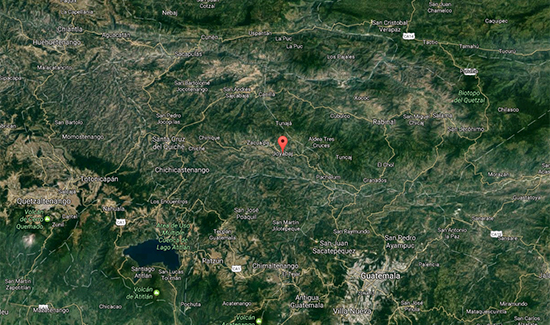 The Place: Joyabaj, Guatemala, a town of around 10,000 people located approximately five hours outside of Guatemala City. Devastated by an earthquake in the 1970s and several decades of civil strife, this town has worked on rebuilding its infrastructure. The population is Mayan, and generally Spanish is their second language. This is great news for my rusty Spanish skills.  We will be living in a local guest house that is integrated into the community.

The Timeframe: In order to avoid the rainy season, construction is held approximately January through June. Construction stops when the rain starts.

Though I have never been to Guatemala, I have traveled throughout Latin American and I am happily anticipating the vibrant culture that awaits me.

I look forward to sharing my experiences over the next six months.