At its core the Spatial Equity Research Group is interested in design through the lens of social equity, diversity and inclusion. This post is the sixth in a series exploring equitable design standards.

Human-Centered Design is a creative approach to problem solving that begins with the end user. Characteristics of this design process may include generation of multiple ideas, prototyping, sharing and receiving feedback with the user group(s), and eventually placing innovative new designs into the world. This process can result in an end solution tailored to meet the user’s needs while building empathy with those whom you are designing for.

The foundations of Human-Centered Design has a fluid history that loosely centers around the development of “design thinking” as a way to engage research with design practice. In 1978 IDEO was founded and coined the term “design thinking” as a way to describe empathy, optimism, iteration, creative confidence, experimentation, and an embrace of ambiguity and failure as elements of practice that are most learnable and teachable. Since 1978 IDEO has been practicing Human-Centered Design . In 1986 Don Norman & Stephen Draper published “User Centered System Design: New Perspectives on Human-Computer Interaction” – upon publication the authors realized the term “user” demanded a more human emphasis and the term “user experience” was coined shortly after. This shift was to help designers humanize those whom they were designing for, which is a key principle of human-centered design. This shift began a design thinking toward Human-Centered Design and included four principles – people-centered, understand and solve the root problems, everything is a system of interconnected parts, and then try small and simple interventions as iterations or prototypes.

Human-Centered Design generally follows a pattern of engaging with the people you are designing for, iterating through various designs, and then testing the design with the initial user group. Below are some examples that outline this core process:

This is an iterative design process that gained recognition through Don Norman’s work. Designers focus on the users and their needs while involving users throughout the design process. It includes investigative (surveys, interviews, etc.) & generative (brainstorming) methods and tools to develop and understanding of user’s needs. There are four distinct phases as follows: 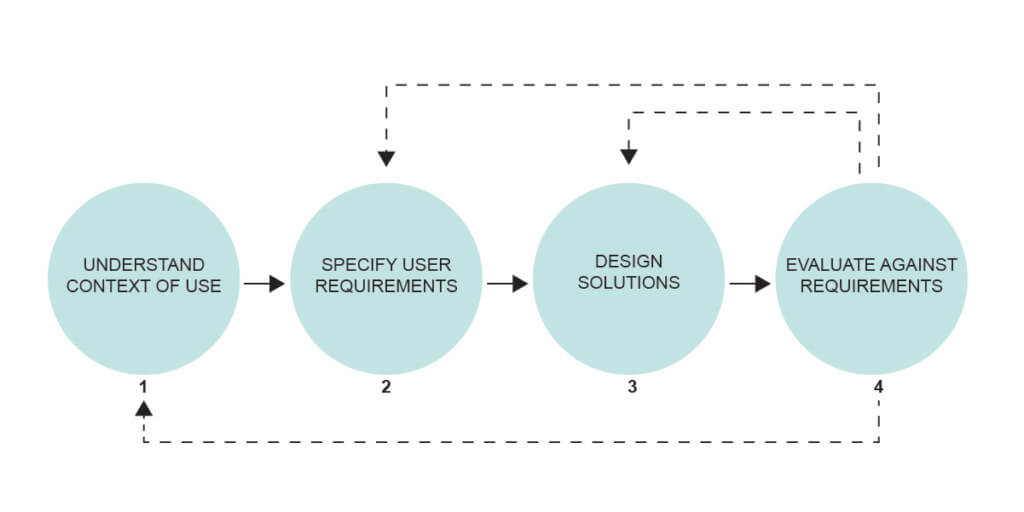 This model aims to co-create solutions with people impacted by the most pressing healthcare challenges. Research includes rapid prototyping and positions people as active participants to utilize their lived experiences. The phases are defined by a process of “diverging” and “converging” to represent design iteration. 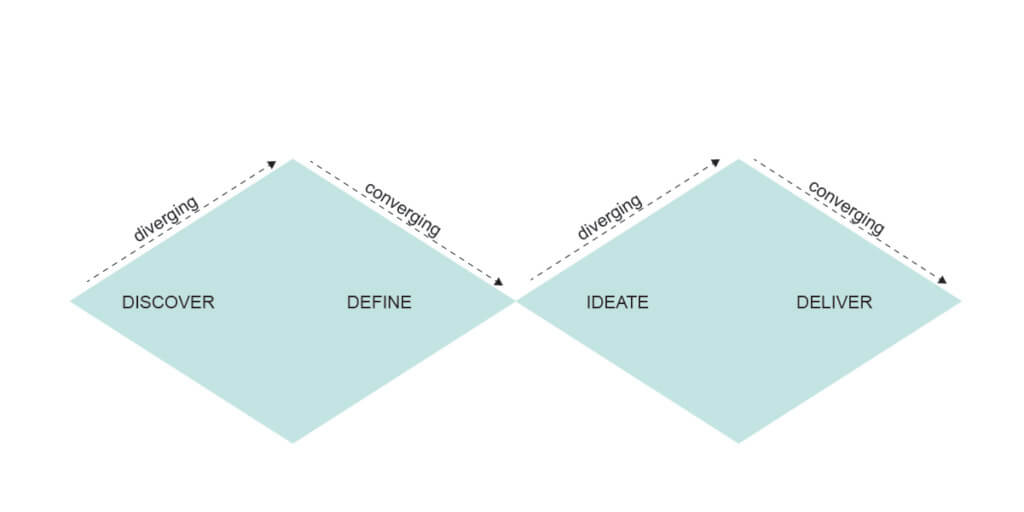 IDEO partnered with Stanford University’s Department of Psychiatry’s Center for Youth Mental Health & Wellbeing to ask the question “How might we create a non-judgmental space where teens can press pause and seek help?”. The process began with co-designing with 15-to-21 year old high school and community college students followed by an ideation phase. Ideation included prototyping with cardboard and tape to get a feel for the spatial qualities and flow. This allowed for members of a youth advisory board to provide feedback toward the final design implementation.

This financial toolkit was inspired by the people that it was meant to serve in the Mission District of San Francisco. Its color palette and design were influenced by the patterns and murals found in the area. As the designers further surveyed the area and interviewed MEDA coaches (a non-profit that works with low-income, Latinx families in the Mission District) one insight that was gained was that it was easier for clients to talk about life aspirations rather than financial goals. As a result of this feedback the toolkit was iterated and eventually implemented to orient the design around life aspirations and goals to be able to build toward more difficult financial questions and strategies. 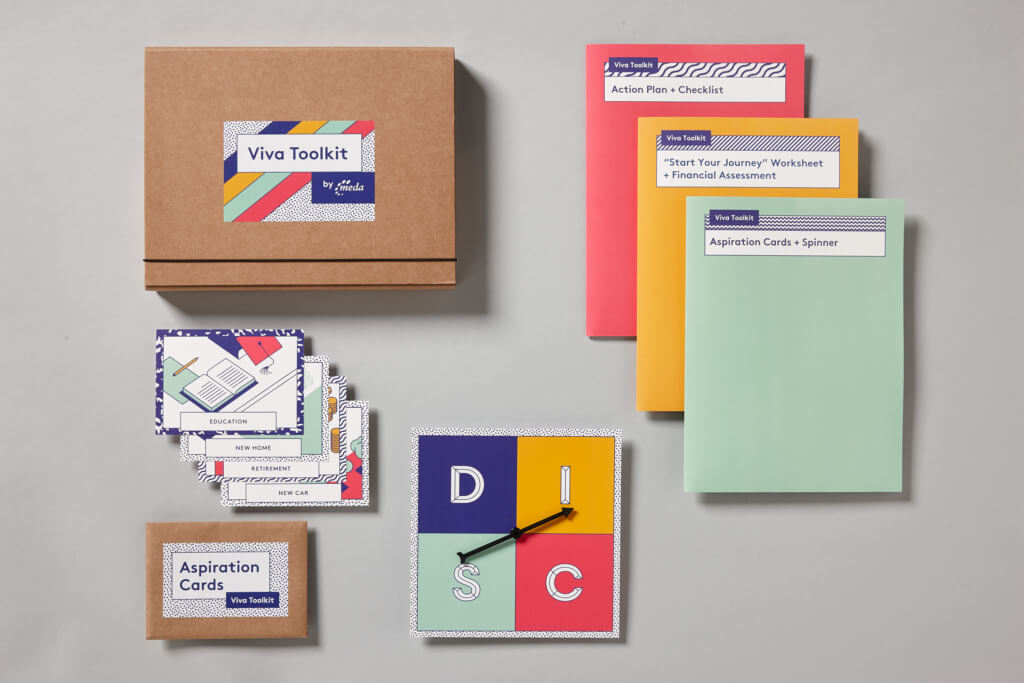