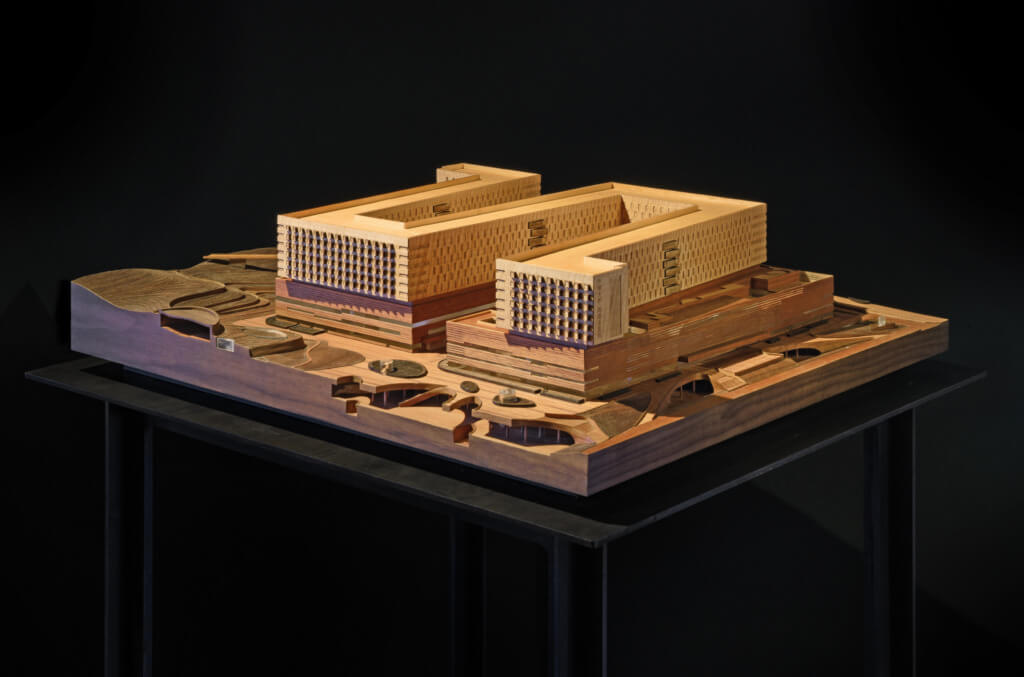 Next up in Payette’s continuing series of exhibition models is the Fifth Xiangya Hospital. Now under construction, the iconic building has its own scaled replica in our office, following the same language as the Hengqin ICTR. 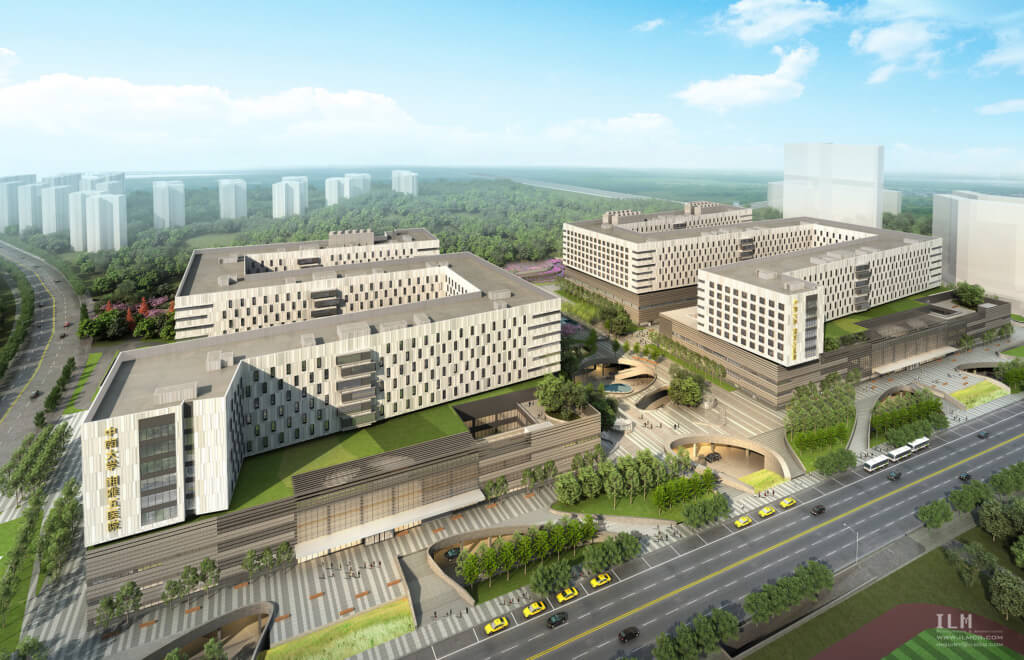 The exhibition model represents one of the two hospitals of the campus and is split through the central garden, showing the underlaying works of the building. Its character resides in the expression of the building’s volumes and connection to the landscape. The healing garden and the surrounding mountains, a mix of man-made and natural elements, work as a whole. They are an integral part of the design and were treated as the rest of the model to emphasize that idea. On the site stands the podium of the building, an earthy, transparent mass, topped by a slim, serpentine shape. Balancing the scale of the various elements composing the project, going from large to intimate spaces, was translated by the attention to detail expressed throughout this intricate object. 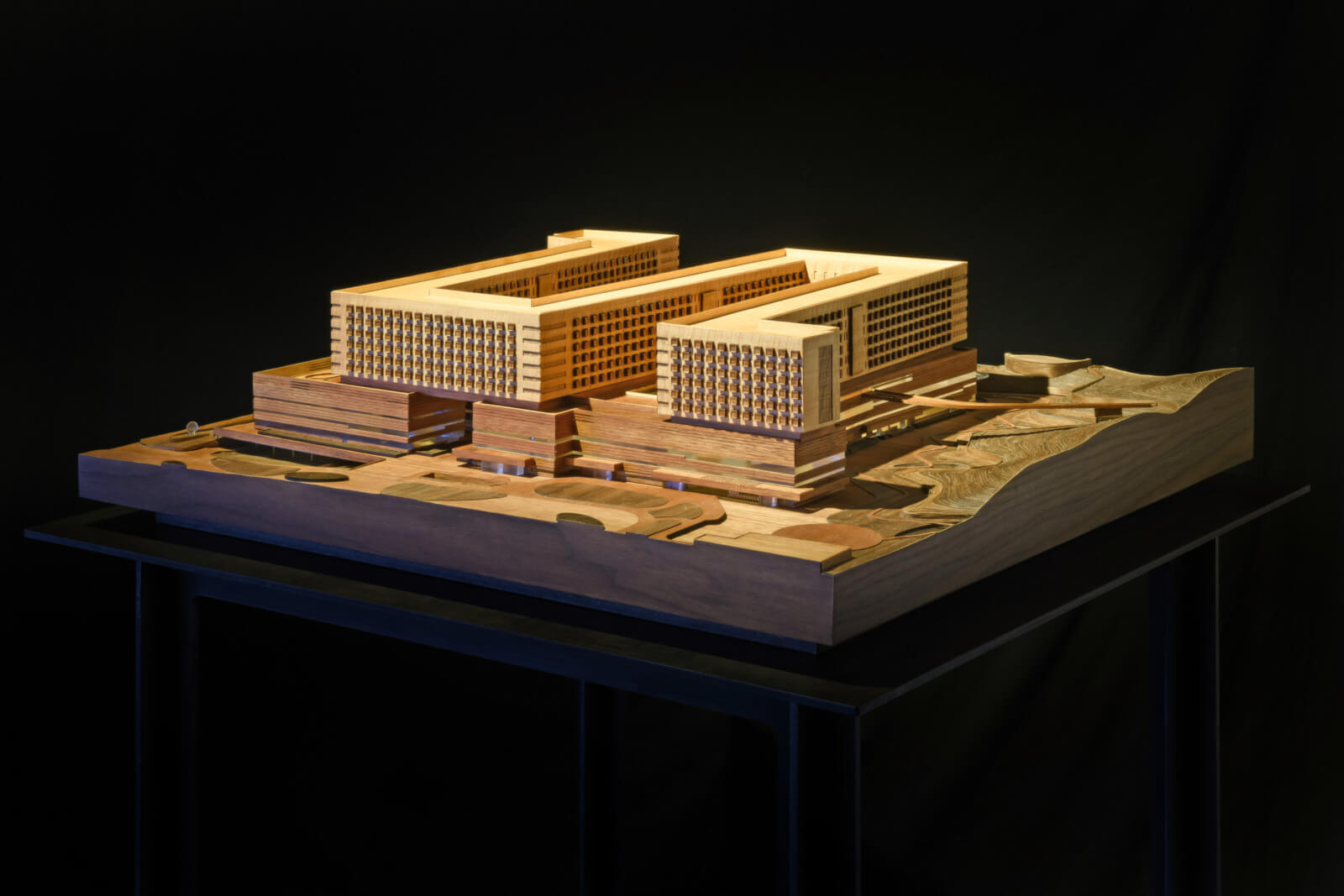 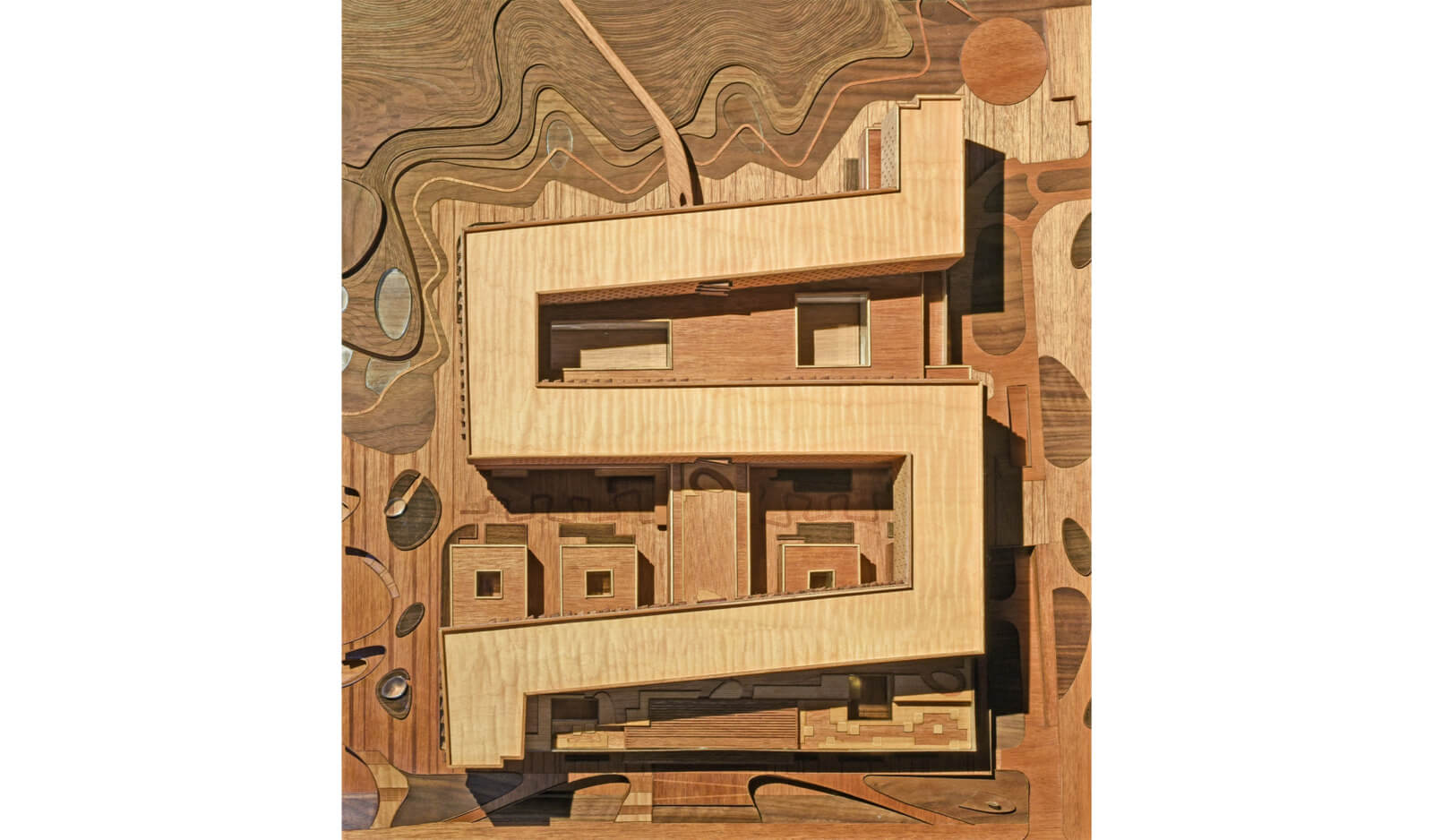 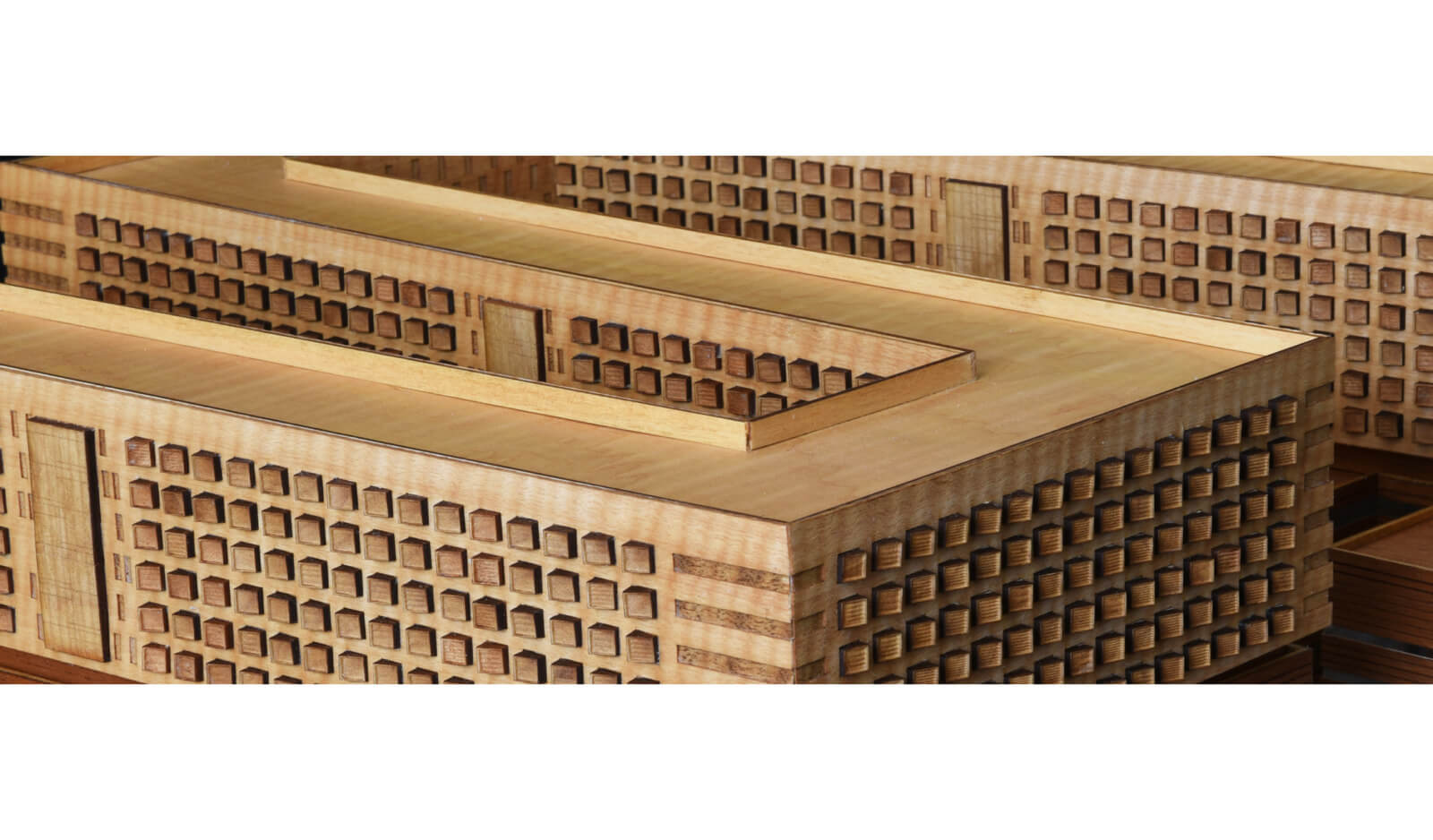 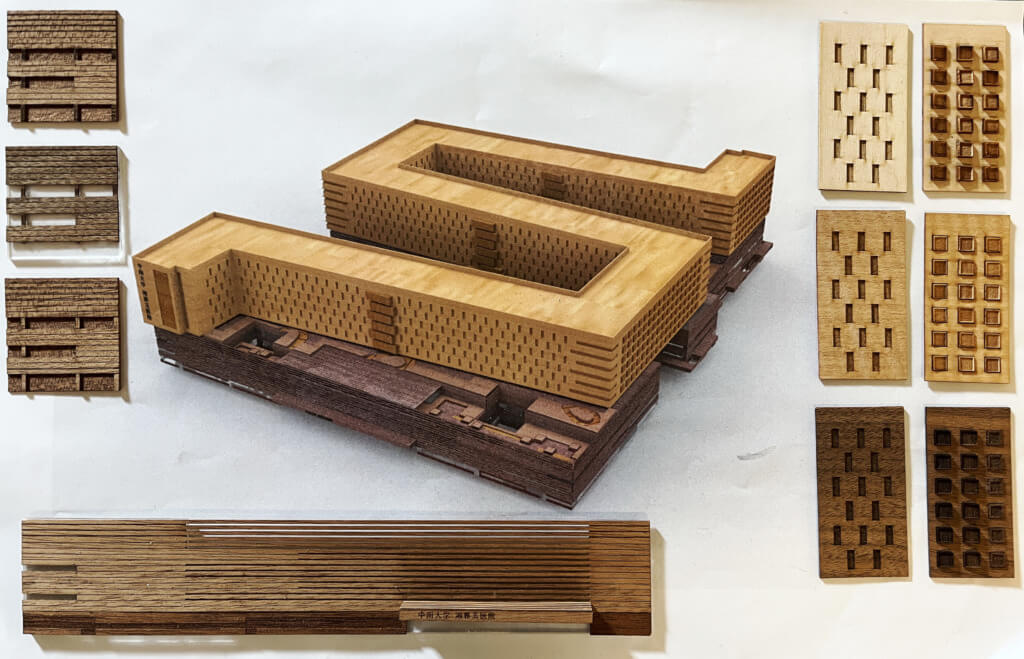 Samples used to select finishes and construction technique with the project team. 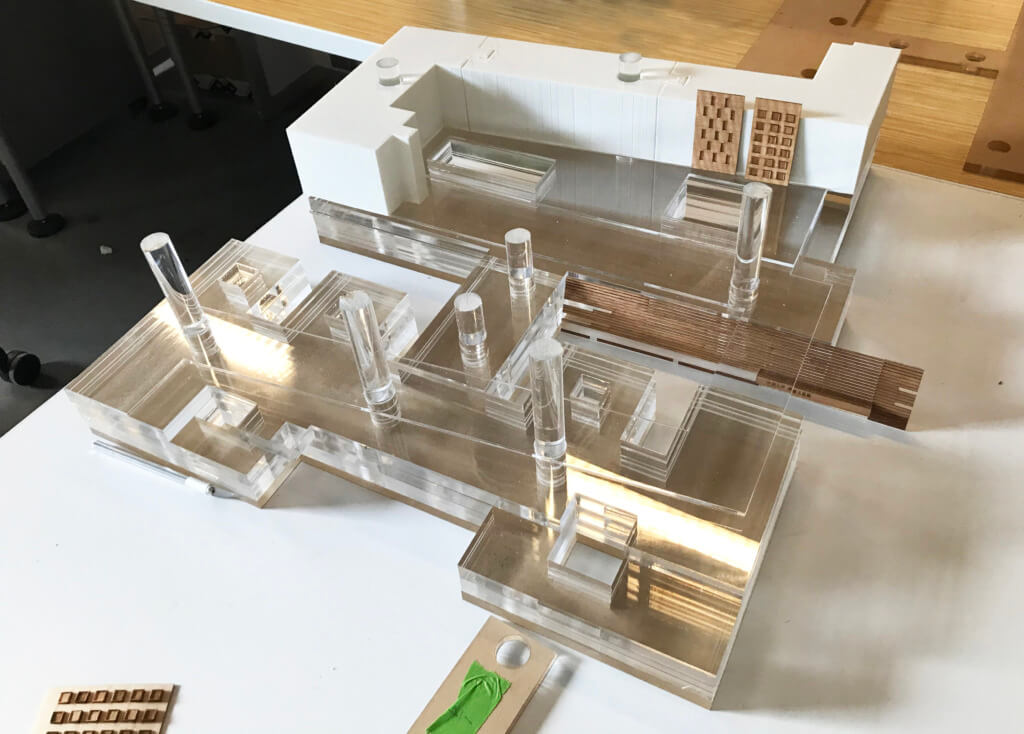 Dowels and connections holding the model together in the correct position.

The mountain was fabricated by stacking sheets of veneers leading to a graphic representation of the landscape. Mounted with internal pieces acting as supports and guides.

Recreated at 1/32”=1’ scale, the patient room windows were made from a piece of wood, firstly angled on a belt sander and subsequently laser cut. The hundreds of pieces were then nested on the façades and glued on the building as panels. For a better sense of the project’s scale, take a look at the full-size mock-up previously made by Payette’s fabrication team. 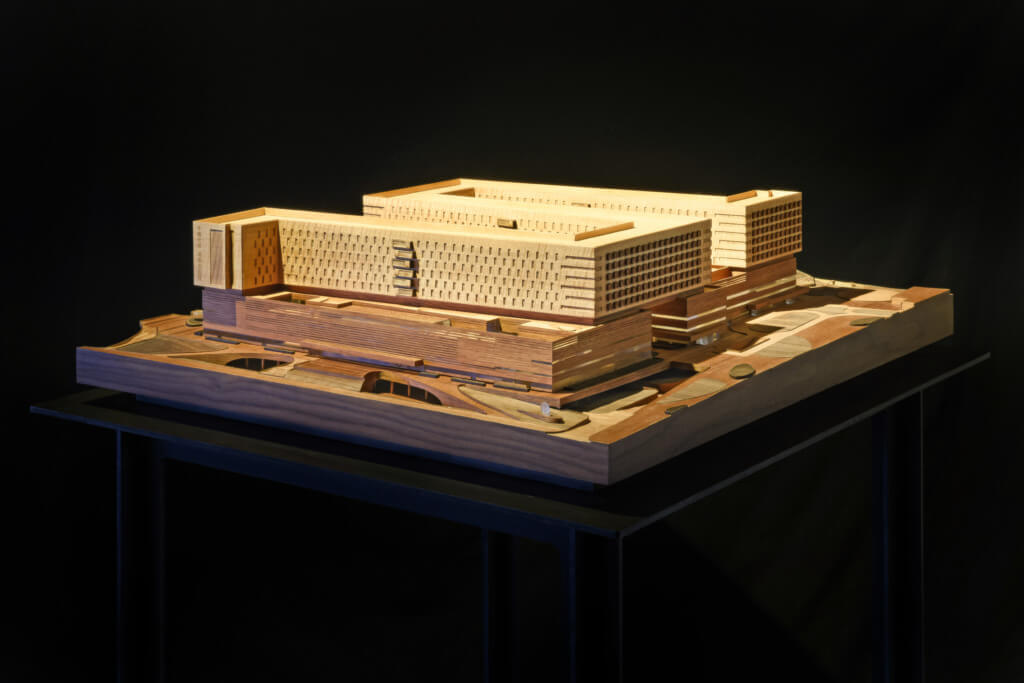 The model acts as a single entity and reveals its components and singularities to the viewer who takes a closer look.