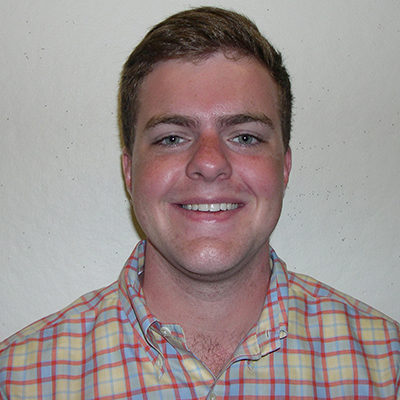 Hospitals and the field of healthcare are challenged to continually evolve and adapt to new changes in medical technology, policies, treatment plans and worldwide epidemics. Unfortunately, the entire healthcare system is seen as extremely complex and daunting by the majority of society, including those who need its services. A poll conducted by the Washington Post and ABC News in 2013 found that 62% of Americans did not fully understand the implementation of the new healthcare laws still referred to by many as “Obamacare.” Many people even despise hospitals because of the sterile, institutional, unfamiliar feel they emit to patients and visitors alike. Architects have taken leaps and bounds in recent years to combat the cold sterility and institutional feel of hospitals, but how did these institutions evolve to their present state? It’s a question that is surprisingly simple to answer: the pope. In fact, the institutionalization of hospitals had extremely little to do with advances in science, hygiene or medicine. Instead, Christianity and one of the greatest artistic movements in history were the driving force behind the modern approach to healthcare.

As a bit of background, hospitals during the middle ages were derived from churches and other religious buildings as places for villagers, townspeople, pilgrims and the poor to have their souls saved before they died. These places for dying were dirty and unsanitary for the most part, even though some monastic hospitals were kept meticulously clean by monks. However, they were not places for healing and treatment. 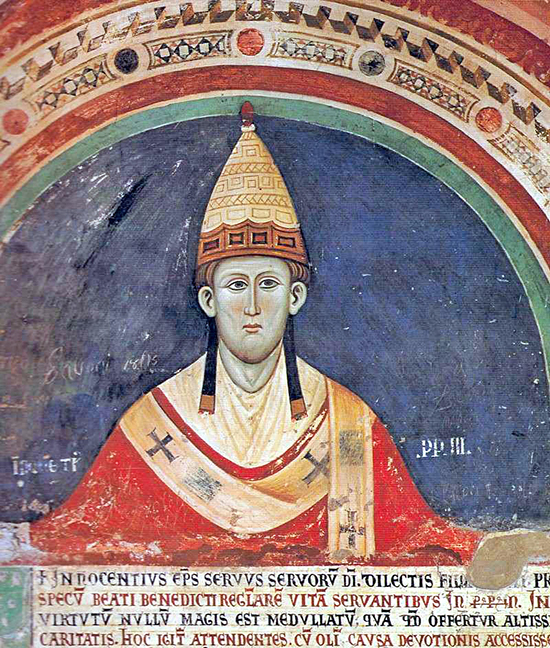 This would be the enduring model for providing healthcare to the sick and elderly until the pontification of Pope Innocent III in 1198. Innocent was a well-educated man and a true humanist. He felt it was every Christian’s duty to care for their fellow man, and therefore he devoted an immense amount of time and attention to the continued success of the Order of Santo Spirito Hospital in Rome. The idea of the hospital as an institution and a business began with the assignment of Guy de Montpellier as the administrator of Santo Spirito. In modern times the pope would be viewed as the CEO and CFO and Montpellier would be seen as the COO. Montpellier established organizations and committees to ensure the consistent, efficient running of Santo Spirito and later, hospitals that would adopt this more business oriented model.

We must recognize the significance of a religious order intervening in the creation of an institutional hospital system. Religion was a significant part of the Italian culture at the time of the early Renaissance, and many wealthy patrons believed that their sins would be forgiven during the final judgement if they donated money to the church. Therefore, large donations by wealthy patrons guaranteed that these hospitals were able to sustain themselves for years. Leon Battista Alberti comments on the religious influences of the time when he says, “In Tuscany, in keeping with the long standing local tradition for religious piety, wonderful hospitals are to be found, built at vast expense, where any citizen or stranger would feel there to be nothing amiss to ensure his well-being.” How different would the outcome have been if such an important cultural element as religion hadn’t been behind the instigation of the hospital? How many more centuries would have passed before care for the sick took priority? 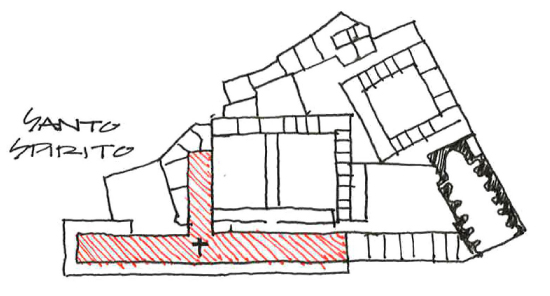 Plan of Santo Spirito in Rome 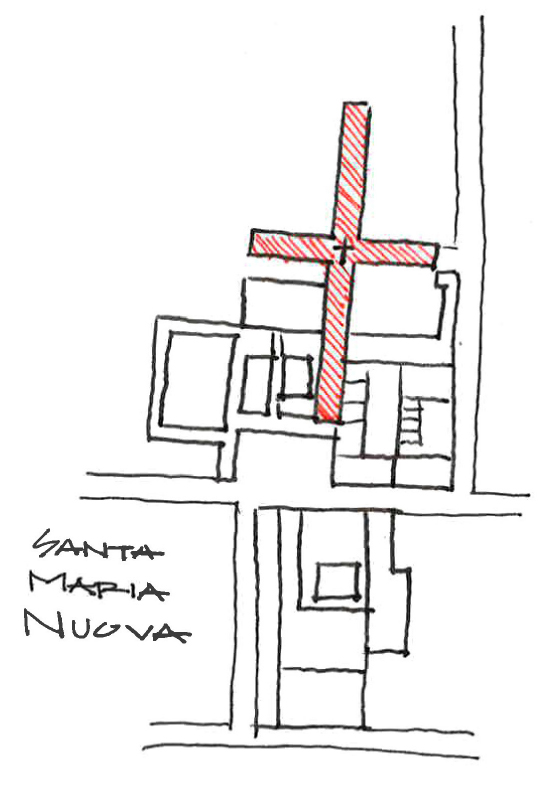 We must also consider the architecture of these Renaissance hospitals and how they would lay the ground work for hospital models such as Florence Nightingale’s St. Thomas in London or Johns Hopkins in Maryland. We begin to see how the Renaissance motives for perfection and attention to detail were a major factor in the advancement of healthcare facilities that would eventually result in the first designed hospital. That hospital, the Ospedale Maggiore, was constructed in Milan in 1456 and was designed by the famous Italian architect Filarete. His treatise gives insight into the concept and strategy of his hospital but also makes note of a tactic popular among healthcare designers today, evidence based design. Filarete makes note of visits to Santa Maria Nuova in Florence and Santa Maria della Scala in Siena, and he pays particular attention to the layout of the patient wards, the amount of light entering the space, and the separation of patients with severe ailments. 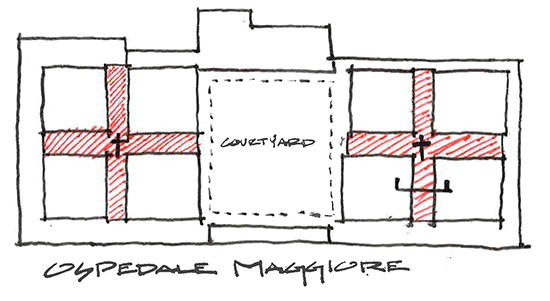 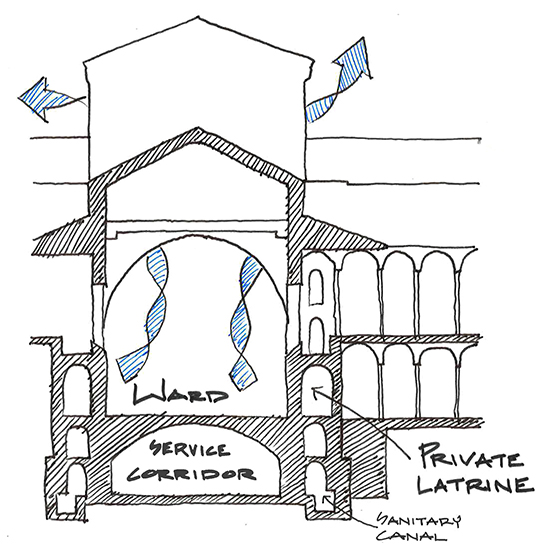 We’ve seen how religion and art played a critical role in the formation of institutional hospital care, but what impacts did it have on science and medicine? The hospitals of the medieval ages were places for the poor who could not afford treatment at home and were filled by those simply passing by and needing care. This institutional hospital model, such as the Ospedale Maggiore, attracted the sick and for the first time in history doctors were able to examine multiple cases of similar diseases and illnesses. Doctors were able to experiment and compare the symptoms and treatments of 10 or more patients, which led to more successful diagnosis and treatment. Surgery, while still extremely dangerous, became more successful as surgeons were able to perform the same type of surgery multiple times. Additionally, even though the cause of disease was still associated to the miasma theory, we begin to see the introduction of better hygiene and the implementation of individual, private patient toilets. Numerous advances in medical understanding and implementation have been documented through the use of these new institutional settings.

So, what can we learn from all this history as we move forward into the future and ever-changing field of modern healthcare? The most inspiring element I take away from this understanding of the history of hospitals is how fields completely unrelated to science and medicine made a profound and lasting impact on healthcare. I believe healthcare architects should be motivated not only by the direct impact they have on patient and staff experience, but also the potential for future, better understanding of healing environments and their influence on medicine. Sometimes how we explore a design challenge transforms when we take a step back and look through a wider lens to realize potential for change and improvements, rather than sole reliance upon specialized knowledge. Even with so many advances in medicine and treatment, researchers have seen how much access to nature, natural light and other forms of holistic medicine can influence healing. These are elements that are hard to prescribe, but are essential tools for architects and designers in the pursuit of creating healthy environments.