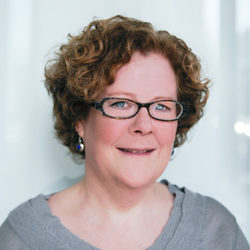 The medical world lost a great doctor this past December, Dr. Ferenc Jolesz, and at Payette we mourn the passing of an amazing client. We are proud to have worked with Dr. Jolensz on the creation of the AMIGO Suite at Brigham and Women’s Hospital, a project for which Dr. Jolesz dedicated tremendous passion and energy to create one of the world’s great surgical research spaces. 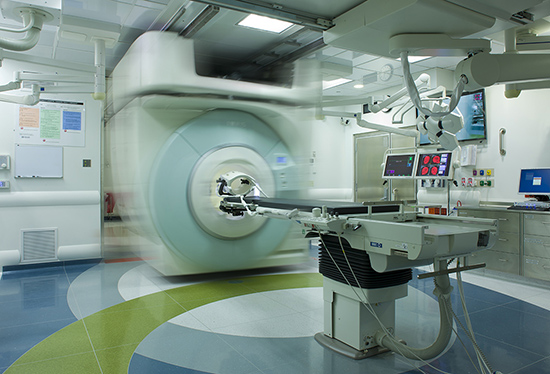 The AMIGO suite at Brigham and Women’s Hospital

Dr. Jolensz pushed the edges of clinical neuroscience and technology in advancing the integration of imaging technology with surgery. He worked on the development of the first intra-operative MRI. More recently, we partnered with him on the design of the AMIGO Suite at Brigham and Women’s Hospital where a movable MRI and PET-CT are sited internal to a surgical suite for image-guided procedures. Dr. Jolensz’s work has contributed to the development world-wide of the exploding field of intra-operative surgery. Payette subsequently worked with Dartmouth-Hitchcock Medical Center on the first animal / human shared Center for Surgical Innovation and we are now planning similar projects at Boston Children’s Hospital and at Memorial Sloan-Kettering Cancer Center NY.

In 2014 Dr. Jolensz published a book, Intraoperative Imaging and Image-Guided Therapy, of which Chapter 24 was co-authored by a former Payette architect, Ahin Handa.

Intraoperative Imaging and Image-Guided Therapy explores the fundamental, technical, and clinical aspects of state-of the-art image-guided therapies. It presents the basic concepts of image guidance, the technologies involved in therapy delivery, and the special requirements for the design and construction of image-guided operating rooms and interventional suites.

With the field that Dr. Jolesz pioneered growing exponentially, it is interesting to stop and think of how far interventional surgery has come in such a short time. The evolution of diagnostics first as separate from treatment to the now common integrated approach began in 1950s with the introduction of vascular radiology and percutaneous vessel catheterization. Beginning in the field of Cardiology, interventional work, more specifically angiography, steadily developed as a preferred alternate to surgery, because patients were saved from the large surgical incision, rib breaking and general anesthesia required for open heart surgery. The healthcare market witnessed a boom in the development of angiography and cardiac catheterization during the 1990s – 2000s as the procedures gained popularity and was encouraged by what was then the structure of medical reimbursement.

Technical advances in other types of imaging equipment including CT, MRI, PET and ultrasound began to introduce other methods by which images could be used to guide surgery. And soon, other fields of surgery discovered interventional techniques applicable for remarkable advances.

For example, in the field of Oncology interventional techniques included embolization for large tumors. And in Neurology endovascular procedures developed including treatment of pulmonary arteriovenous malformation. We began to hear of the interventional room being used not just for catheters and stents but for laser ablation, cryoablation, grafts, tumor embolization and percutaneous extractions. The evolution of stereotactic techniques introduced many groundbreaking treatment alternatives. Neurosurgeons, orthopedic surgeons, urology surgeons, OB/GYN surgeons all began working with image guided surgery in each of their respected fields.

For many decades radiologists and surgeons occupied completely different silos in the medical world. Now with the work of Dr. Jolensz and others, we see the walls breaking down. The operating room is now a multi-discipline arena with radiologists and other interventionists joining with surgeons and anesthesiologists. The British terminology of Operating Theaters seems more and more appropriate for the collaborative work we see today.

All of this transformation occurred in a few short decades and what was once frighteningly risky is now possible, such as neurosurgery on delicate pediatric spinal cords. We salute the work of Dr. Ferenc Jolesz and his team at Brigham and Women’s Hospital.