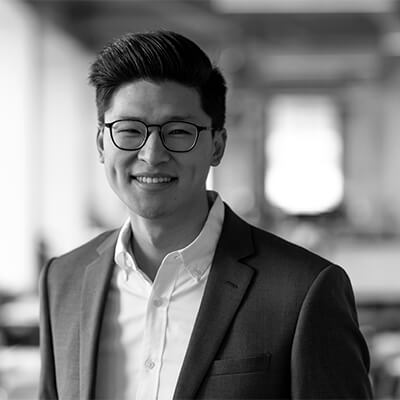 Current Progress
Installation of the terracotta panels for the New Inpatient Tower at 111 Francis Street has been underway since late summer. When complete, the new inpatient tower will be clad in over 14,000 terracotta rainscreen panels manufactured by Shildan Group, whose work is also featured in The 105 by Breakthrough. 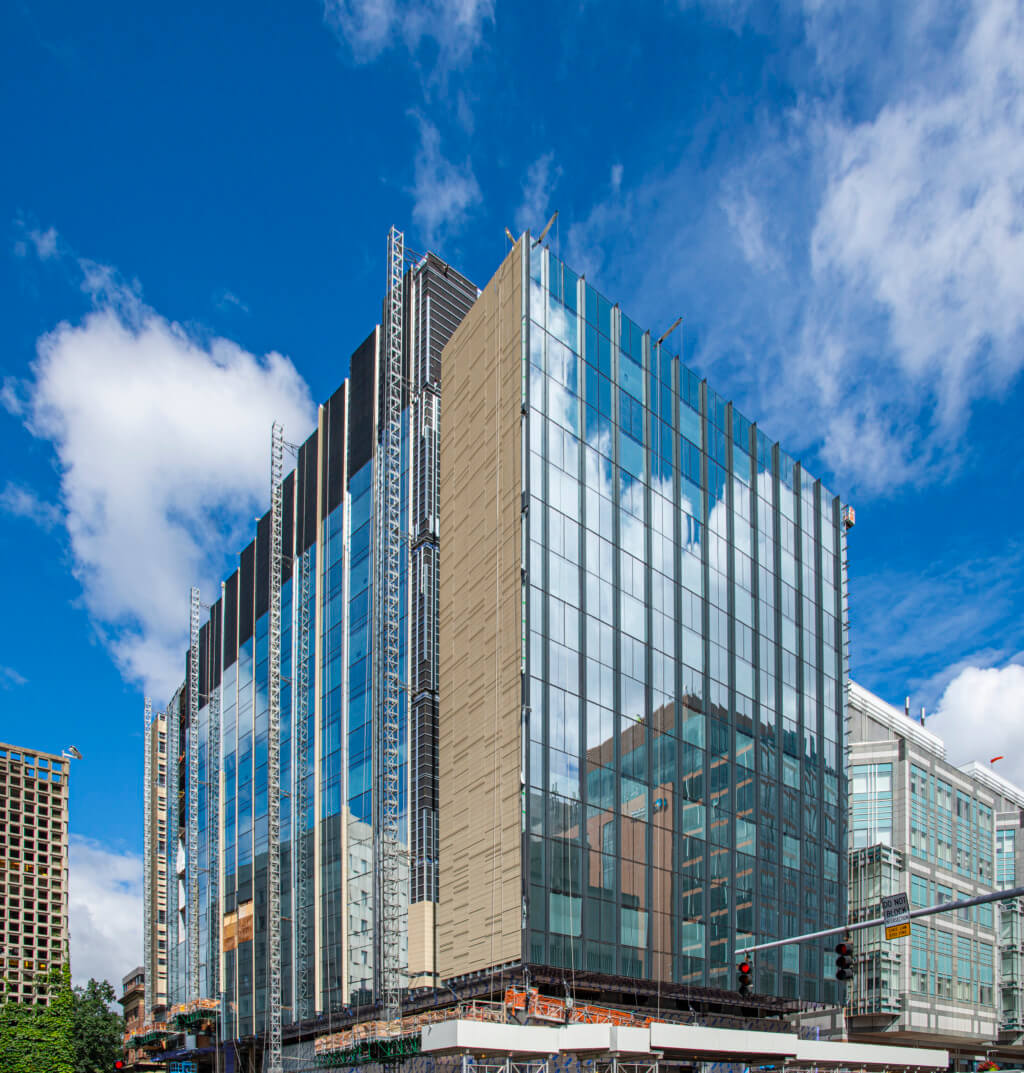 Full-Scale Mockup Studies
In 2017, terracotta was selected as the primary rainscreen material of the inpatient tower. The beige through-body color, resulting from the combination of clay, stains, minerals, and firing, was selected in response to the visual material palette of the existing east campus. Terracotta is a highly durable material and the natural through-body material is unaffected by UV exposure. 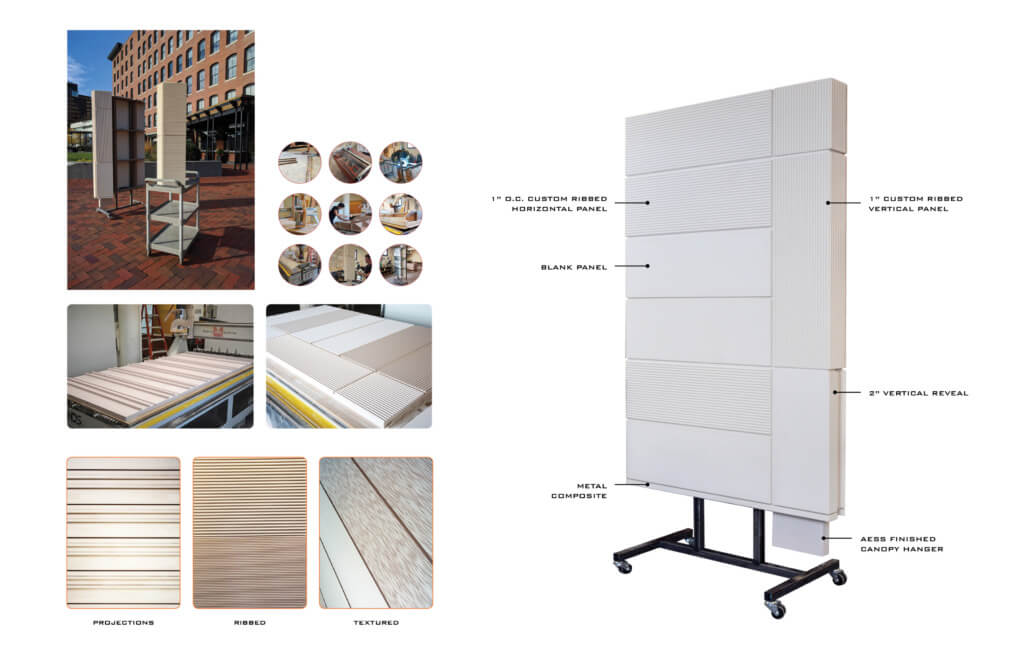 Terracotta has a long lead time compared to most materials and each extrusion die can cost upwards of $10,000. Therefore, a series of full-scale visual mock-ups were developed in-house with machinable foam board (see Figure 2). The foam board sufficiently mimicked the terracotta material and allowed for multiple iterations of profiles to be explored within a short period of time. This process enabled the design team to explore intricate design details. Through these studies the orientation, frequency of surface undulations, and surface projections of the terracotta panels were investigated. These foam mock-ups demonstrated the scale, geometry, and texture of terracotta to a remarkable degree of accuracy at a cost-efficient level.

Figure 3: Terracotta panel types A, B, C and D.

Patterning and Panel Types
The inpatient tower cladding consists of four unique panel types (see Figure 3). Panel types A, B, and C use the same half-inch o.c. undulation base profile. Panel types A and B feature one and two three-quarter inch projections, respectively. These projections are used to cast accent shadows upon the surface of the terracotta. Panel type D has the highest density of ribbing – creating a lighter tone within the field of panels in natural daylight.

At each corner of the tower, a uniquely patterned wall bookends the array of patient rooms. These bookend walls each contain the same ratio of panel types A, B, C and D. A parametric script was written to generate a random field of textures through various combinations of panel type ratios (see Figure 4).

At the conclusion of the studies, it was decided to include all four panel types. Panel types A and B work together to create random horizontal bandings at various lengths, while panel types C and D serve as the field for which these projections were set upon. Ultimately, the four panel types create a playful and varied surface that utilizes the combined effect of geometric texture and shadow casting. Their true combined effect can be seen in Figure 6. 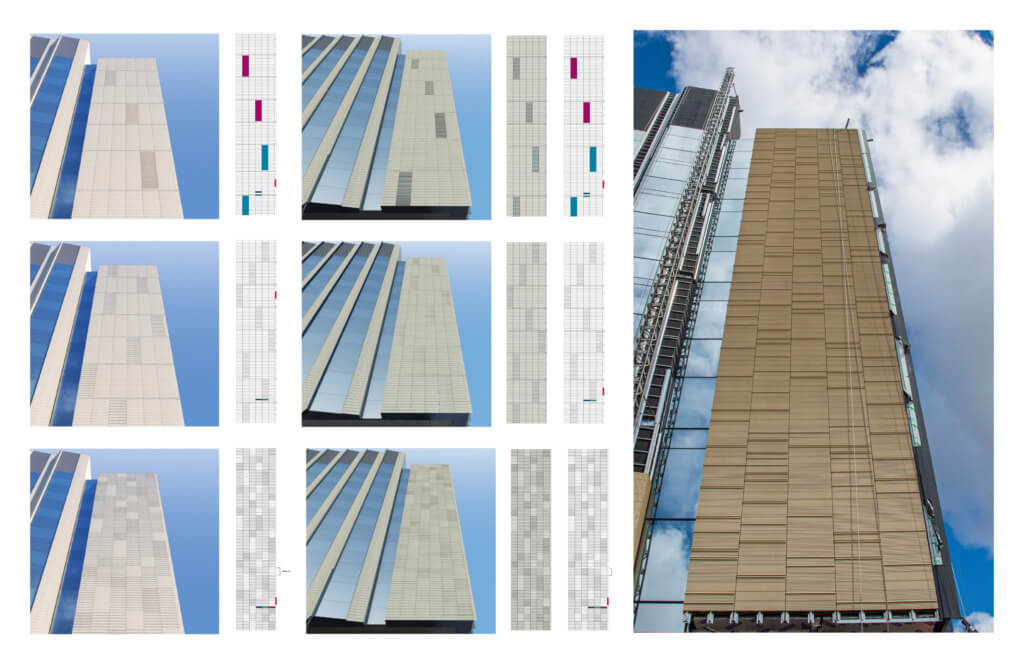 Installation & Engineering
Ipswich Bay Glass and their engineers served as the primary installer of the terracotta cladding system. The panels are hand set through a series of six working platforms and various swing stages. Each panel is nominally 12 inches in height by 60 inches wide. The engineered support system utilizes an array of pilot holes along vertical girts. The pilot holes then host the self-securing panel clips that hold the terracotta panels in place. This process has made a fast and efficient installation of the cladding possible. At the end of each workday, the progress of panel installation is documented and meticulously checked to ensure the patterns are met.

Figure 7 (left to right): Mast climbers along the west façade of the tower; close up of the engineered sub-framing at the inpatient window ‘bullnose;’ close up of a complete condition of the projected bullnose.

Figure 8: Terracotta installation in progress along the north(left) and west(right) façades.

Due to the inclusion of three-quarter inch projections on panel types A and B, Shildan Group engineered the terracotta to utilize Longoton clay in an Alphaton format. The bullnose terracotta panels (located at the sun-shading side of every inpatient window bay) consists of an epoxied quirk-mitered outside corner with internal corner key reinforcement within the extrusion cores.

Forthcoming Glazed Terracotta
As we head into the late fall months, the construction effort will largely shift away from the terracotta installation on the tower to the base of the building. The glazed terracotta will be featured in each of the major recessed portions of the podium and receive landscaped plantings. The arrival of the vertically hung glazed green terracotta panels on site (see Figure 9) will begin to activate the streetscape along Brookline Avenue and Francis Street.