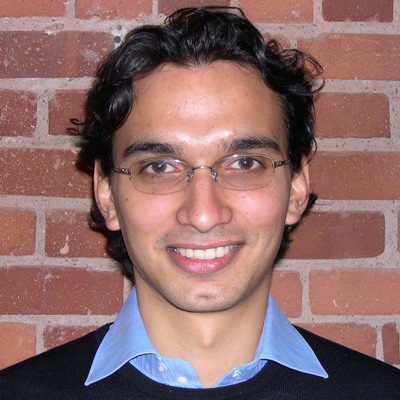 Because of the scale and complexity of Payette’s buildings, some projects take years to complete. When those projects reach the construction stage, it is a very rewarding experience. I joined Payette in 2007, and during the spring of my first year, I participated in a planning study for Duke University. At the end of the study, we presented fourteen massing options for a building on a very odd site squeezed between the side of a hill, a loading dock and the curved wing of an existing Payette building. Instead of spreading the campus periphery, the client was interested in “densifying” the existing campus fabric, which was a wonderful challenge. After presenting schemes of every shape and size (see below), those fourteen options became three – and then one – and the study eventually evolved into a full-fledged building design.

On Friday April 20th, I had the great privilege of not only attending my first groundbreaking ceremony, but also the groundbreaking of that very project, now named Environment Hall. Duke University combined the groundbreaking ceremony into their Earth Day celebrations; quite apropos given that the new building will house The Nicholas School of the Environment. Throughout the ceremony our team had the opportunity to meet some of the students and faculty who will soon inhabit this building, linking design, community and years of effort. 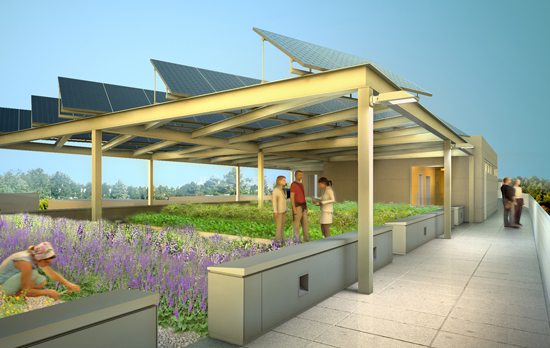 Green roof, with 100% edible plantings and “PV Trellis” for shade. 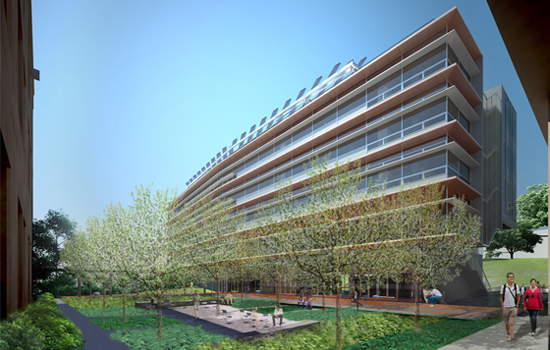 The proposed 70,000 GSF building will contain classrooms, computer labs, faculty offices, open office space and an exhibition space for environmental art. These spaces will bring the previously dispersed Nicholas School of the Environment together into one campus precinct, consisting of the Levine Science Research Center (designed by Payette in the early 1990’s) and the new Environment Hall. The project is aiming for LEED Platinum and SITES certifications, with an aggressive energy performance target of 65 KBtu/SF/YR (our latest energy model projects energy use at 59 KBtu/SF/YR).

William L. Chameides, Dean of the Nicholas School, described the occasion as follows:

“Imagine a building on the Duke University Campus that is:
Designed and constructed along the highest standards;
Operated as a living laboratory for aligning human behavior, functionality, and sustainability;
A showcase for artists portraying our profound connection to the natural world; and
The home of one of the world’s premier environmental programs.
Since arriving to the Duke campus in 2007 I, along with my colleagues at the Nicholas School, have not only been imagining such a building but doing everything we could to make it a reality.
At long last our dream is about to be realized; our work is coming to fruition.”

Click here for the full article by Dean Chameides. 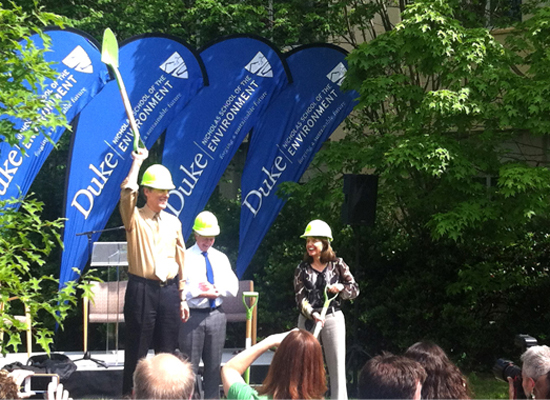 From left to right: Bill Chameides—Dean of the Nicholas School, Richard Brodhead—President of Duke University, Lynn Gorguze—Chair of NSOE Board of Visitors 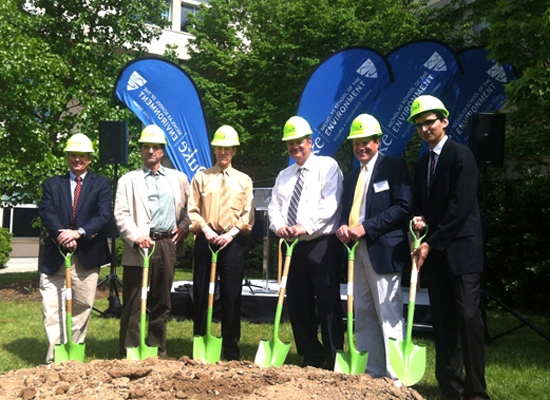 The groundbreaking coincided with Duke’s Reunion Weekend, as well as the Nicholas School’s Earth Day Fair, which made for a joyful occasion. In the Earth Day spirit, Nicholas School students showed-off their technical expertise and environmental commitment by making fruit smoothies powered by a stationary bicycle. Others enjoyed the sun and classic rock tunes in the Putnam Courtyard, designed by Payette and Carol R. Johnson Associates more than 20 years ago, and still very much the cultural center of the Nicholas School. 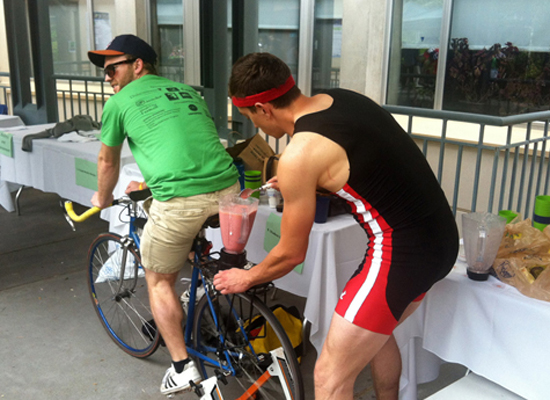 I had this unique opportunity to attend a symposium about design and architecture, and one of the presentations was about a design of one of the state-of-the-art buildings in the city that incorporated the natural elements of the environment with the design. It fused space, ventilation and natural lighting into the design, using screen doors, solar panels, and building structure. It also used materials that are environment friendly. It was a very interesting presentation and learned a lot of design ideas from the panel of presenters.

Where did you attend the symposium? What are some of the projects the presenters used as an example? I’m interested to hear more about it.