After many months of construction and preparation, the cyclotron magnet and its water have arrived on-site at the Dana-Farber Molecular Cancer Imaging Facility in South Boston. The rigging of the equipment for final placement requires a long process, but seeing this equipment actually in the space put a lot of things into perspective as to just how important the coordination effort has been leading up to this moment. The cyclotron magnet is the most impressive piece of equipment in this facility. It’s a heavyweight champion, coming in at 46,000 pounds. 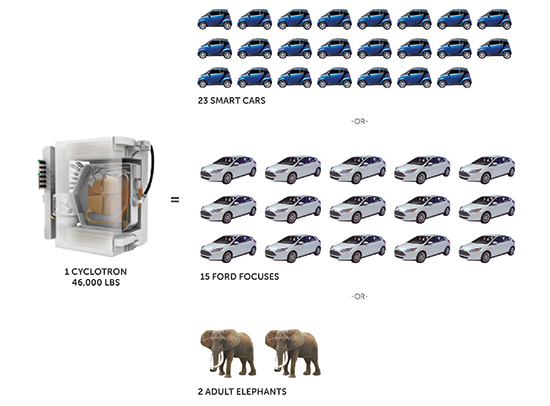 Due to this weight, additional steel beams were required within the sub-basement of the facility for support, and additional steel was installed in the ceiling for rigging purposes during its delivery and installation. Layers of lead shielding (for radiation) and silicon steel shielding (for the magnetic field) are supported by the steel above, and also within the concrete vault walls. The size of the water tanks extend almost up to the finish ceiling height, and lots of preparation went in to completing the majority of the mechanical equipment in the ceiling prior to delivery. 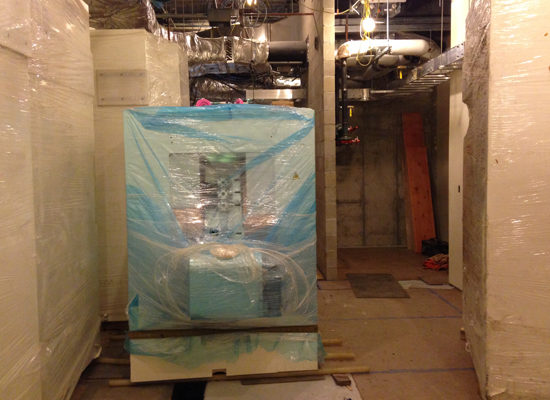 The walls had to be sanded, primed and painted, as the dust from these activities would negatively affect the equipment. The flooring underneath the magnet was also installed prior to its delivery. Only final connections and minor finishes remain, in addition to the ceiling panels. The hot cells, which are used for manipulating the products created by the cyclotron, will be delivered from the Netherlands to the site during the week of Thanksgiving. Both the hot cells and the cyclotron will be interfaced for the purpose of advanced cancer imaging research. 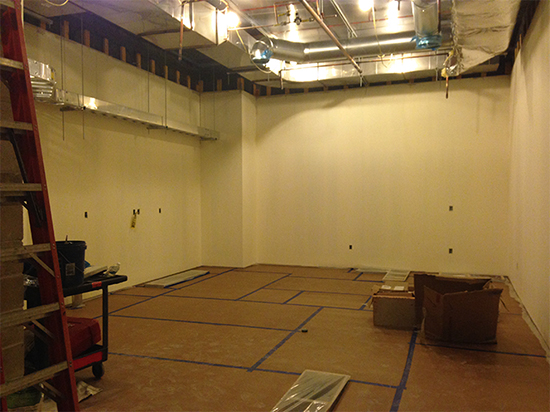 The shielded vault prior to installation; the majority of finishes had to be complete in advance of delivery. 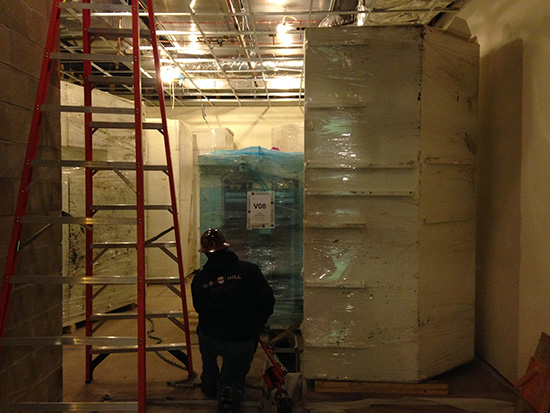 The cyclotron (blue) and its water tanks (white) gently being cranked into position.

Were there any specific requirements for the sub basement flooring from where cyclotron had to be dragged to take it its position? I mean if it had to be reinforces slab on grade or had to have 6inch thick lean below?