In order to verify the design of the façade of Northeastern University’s ISEC, members of our team visited Permasteelisa’s facility where unitized façade panels for the new building were fabricated. After a successful review in the Netherlands over the summer the visual mockup was carefully dismantled and packed into shipping containers to be delivered to the building site in Boston. A test of a much bigger process when the entire unitized façade follows the same route: fabrication taking place in Middelburg in the Netherlands with the panels then packaged and shipped by container to a local port and trucked a few miles to the project site in Boston. Carefully unpacked and installed, the mockup was reconstructed on site in only about a weeks’ time.

The mockup closely resembles the installation we viewed in Middelburg with the addition of a board form concrete base that will sit below the curtain wall at the base of the building. Located at the South Western most corner of the site, the mockup was oriented to achieve the correct orientation of the primary elements as they will be seen on the final building. A second benefit of this mockup installation is that the mockup is clearly visible from outside the construction fence for anyone passing by to have a look. As we discussed in our original post about the mockup, many of the materials on the façade mockup are made from wood with simulated metal finishes so we will see how the mockup stands up to the New England winter.

With the foundations and site work ongoing and steel erection in the not too distant future, we look forward to seeing the first panels being installed on the structure by the middle of next year with the team in the Netherlands fabricating finished panels over the winter in their factory. 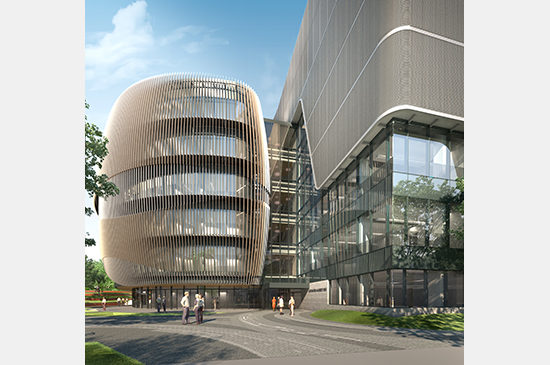 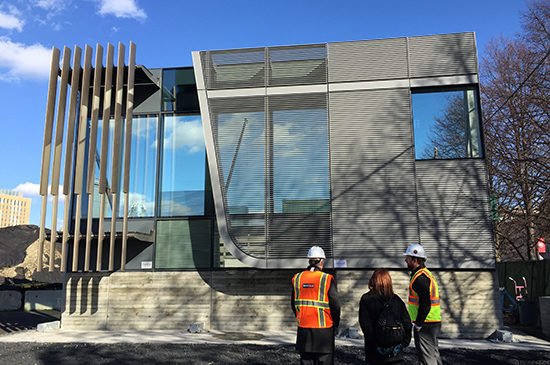 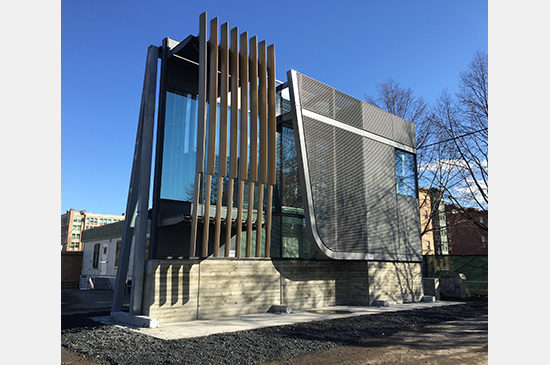 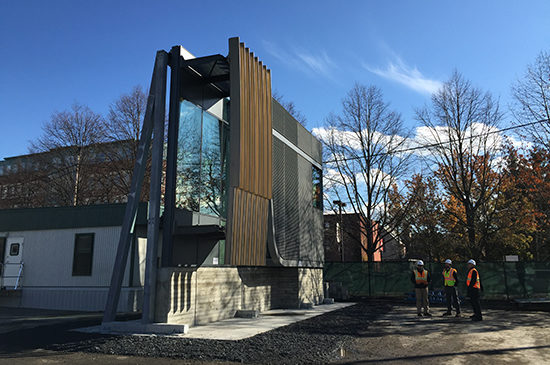 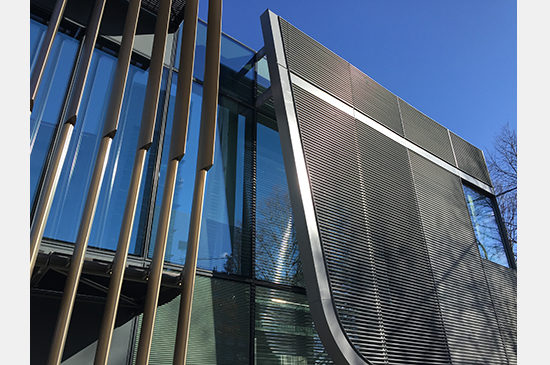 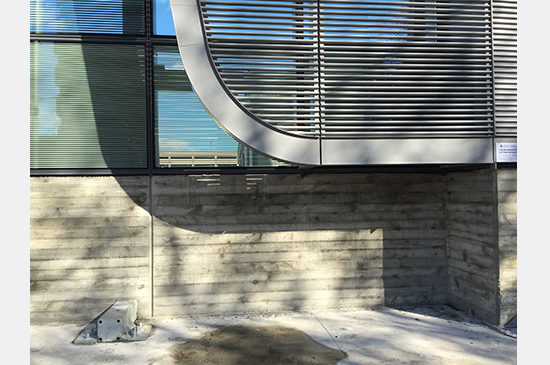 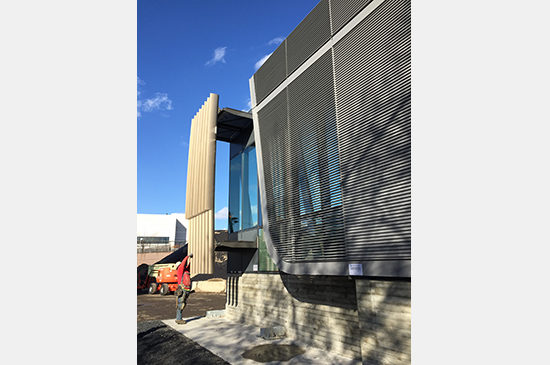