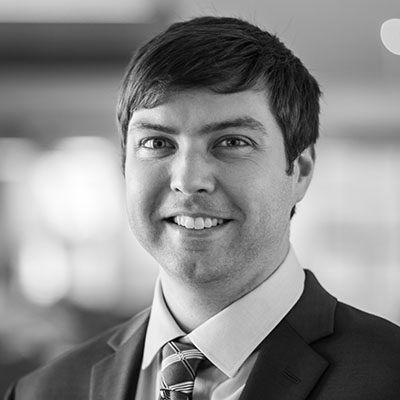 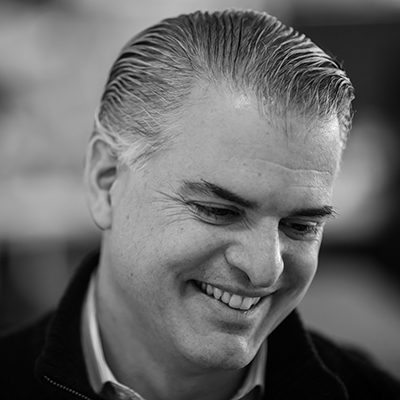 Limitations of Traditional Façade Design
Traditionally when architects evaluate façade systems during the early stages of design, the primary drivers of the exploration are aesthetics and the form’s architectural language. However, as design priorities evolve to evaluate not only the envelope’s appearance but its thermal performance as well, new tools are necessary to inform these early decisions of the optimal façade design.

With the introduction of visual scripting interfaces and robust APIs such as that supported by Rhino, designers and software developers have the opportunity to extend the traditional 3D CAD interface well beyond its base functionality. Through these augmented capabilities, Payette has developed a Rhino-based tool to help designers understand the relationship between façade design variables and helpful/harmful solar radiation. (The tool is not publicly available). 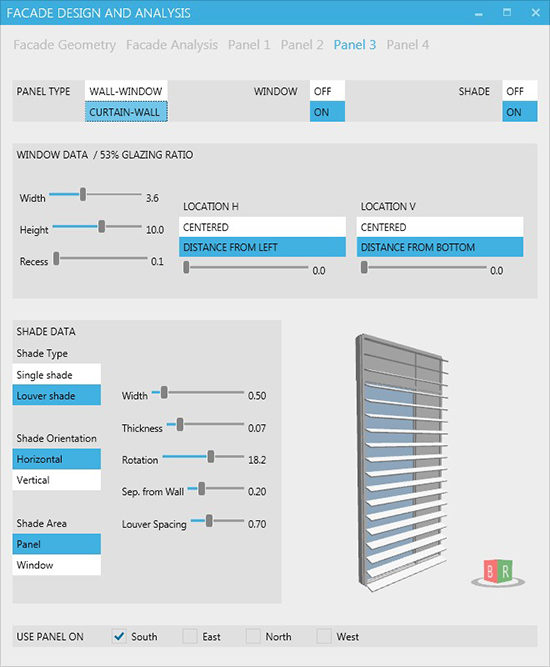 The tool offers designers an opportunity to interactively design and preview façade panels by specifying a range of window and shading properties. Designers can store up to four different panel designs and assign them to specific facade orientations.

Once the panel properties and their orientations are set, the Façade Geometry tab allows users to generate a 3D mock-up with a specified grid of panels. Additionally, users can specify custom surfaces where the panels are mapped according to their set orientation. 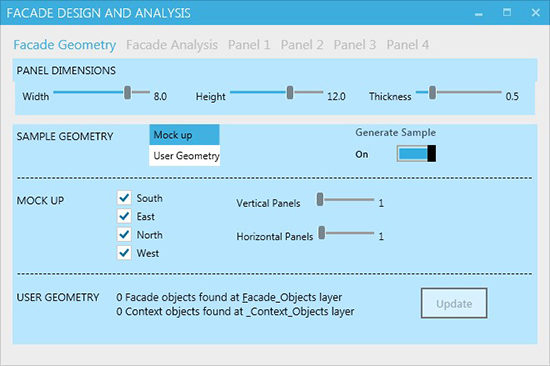 The values of helpful vs. harmful solar energies are weighed against each other to create shades of green (more helpful than harmful) or red (more harmful than helpful). Ultimately, the results are compared to an ASHRAE baseline envelope (40% glazing with no particular orientation) to produce a single percentage of solar performance better or worse than the baseline. Altogether, this number helps teams make informed design decisions with improved massing orientations, smarter glazing ratios that place glassy “moments” in better-suited areas and shade that blocks harmful sun while permitting the helpful. 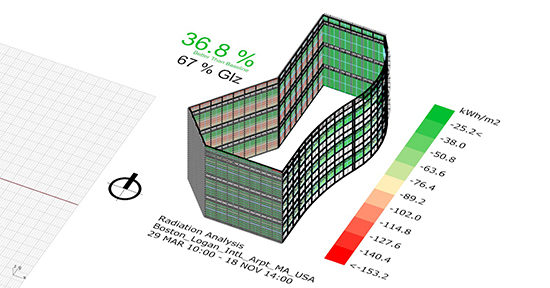 Since both the generation of façades and their solar evaluation happen within seconds, designers are free to iterate through many options, changing facade properties and comparing the results interactively. Through this process, designers can build an intuition about fenestration properties and their effect on performance in different orientations and climates.

Acknowledgements and Collaboration
Apart from using Human UI (an open source plug-in developed by Andrew Heuman), the Façade Design + Solar Performance Explorer is powered by Payette’s SkinDesigner, which parametrically generates facades in the Rhino scene. The explorer also uses Ladybug Tools for the solar radiation analysis. Other than its educational value, the explorer was developed as a means to offer Payette designers ‘beginner’ access point to the greater benefits of using these plug-ins directly on projects.

Ladybug Tools is open source and co-developed by Chris Mackey, one of our Building Scientists. Skin Designer is a soon to be public plug-in developed by Santiago Garay, our lead Digital Modeling & Visualization Manager. Please leave a message in the comments or contact our team if you are interested in learning more about these tools. You can also join our mailing list to receive updates about our Research & Development initiatives at Payette.

My name is Anthony Frausto, architect and editor-in-chief at Architosh.com here in the Boston area. I would love to learn more about this tool and discuss with Chris or Santiago for a story on Architosh.

Hi,
Would be very interested in testing the tool with Rhino. Will it be available for testing or to the public at a later date?