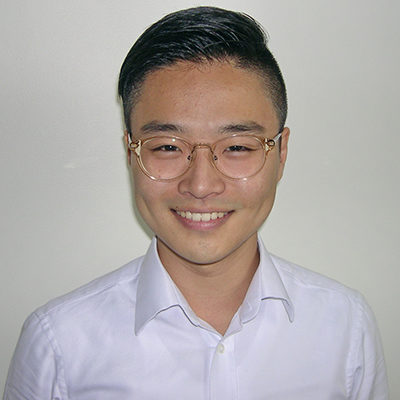 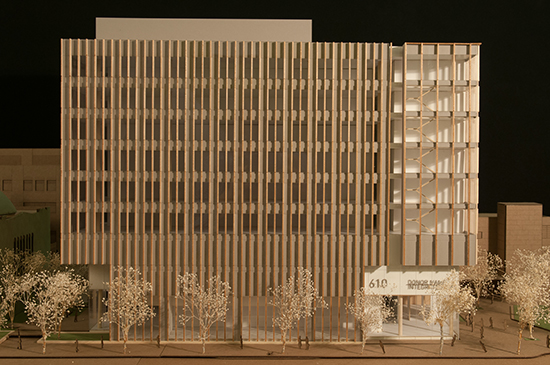 When I interned with Payette last summer, I spent a lot of time building models for the Boston University Center for Integrated Life Sciences and Engineering (CILSE). We discussed the merits of chipboard vs. museumboard, hand-cut vs laser-cut basswood. Fast-forward one year; I’m now observing an actual building in construction that resembles the models we’ve built. It’s a surreal and fascinating experience. 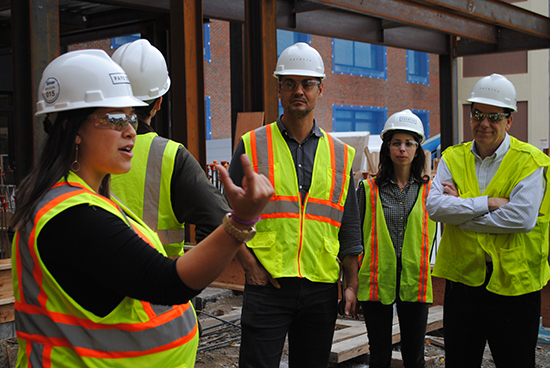 Last month, members of the Payette team and from Turner Construction led Payette’s Young Designer Core (YD) through a tour of the construction site of BU’s CILSE. The lack of basement, a conscious choice to design a resilient building ready for the rising water level of Boston, and efficiently designed steel structure allow for an expedited construction process. The overall construction is expected to take a little less than two years, aiming for completion in early 2017. 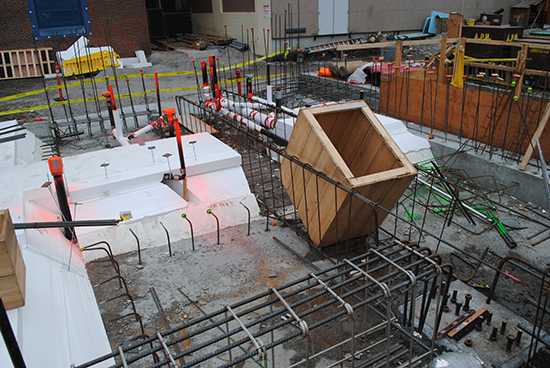 While the lack of basement level is advantageous in terms of construction speed and cost, it presents a challenge for M/E/P coordination. Once the ground floor slab is poured, there is little room to alter the placement and layout of equipment and pipes. The white blocks in these photos are GeoFoam blocks, to be used as infill between the grade beams. Because the weight of 1 foot of soil is roughly equivalent to the weight of a one story building of the same footprint, replacing the infill soil with GeoFoam greatly reduces the load on the soil below. 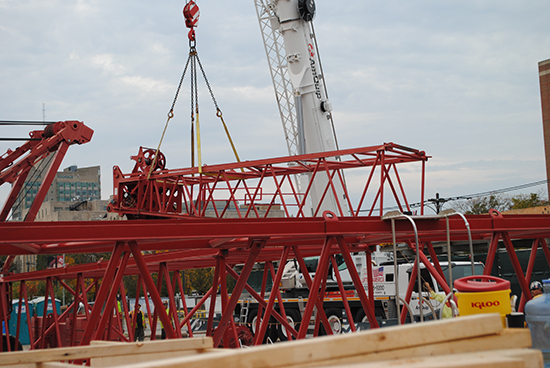 Due the proximity to the Green Line on Commonwealth Avenue, MBTA prohibited tower crane use on site. The crane you see in the photos is a hydraulic crane, used in the early process of construction. In this photo, you can see that the hydraulic crane is assisting in construction of the next crane needed in this process – the crawler crane.

As a testament to the hands-on construction administration process – from both the office and the field office in the basement of Morse Hall – the team shared a story catching an error by using a team member’s magnetic sunglasses case. It pays to be safe AND fashionable on job sites!

If you’re looking for more coverage of the construction progress at BU, the university has a construction camera set up across the street from the site.