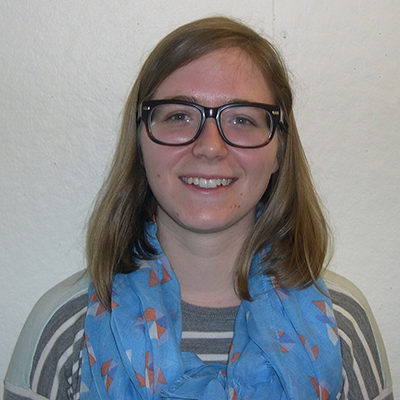 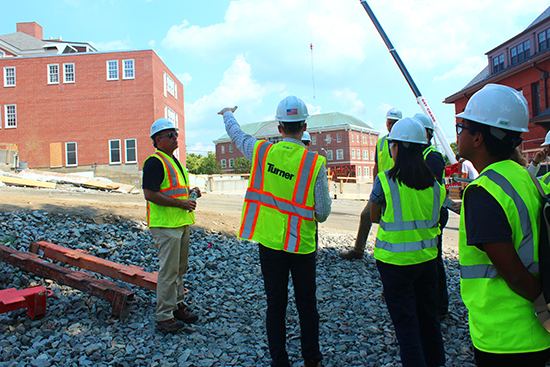 The Young Designers Core (YDC) recently organized a visit to the Tufts University Science and Engineering Complex construction site. This first tour of the project focused on work that often goes unnoticed while more exciting stages like steel erection or the cladding installation take all the glory. However, the excavation and site utility work done over the past year is critical to the success of the project.

The new Science and Engineering Complex occupies a challenging site. The campus’ main utility lines run directly through it and two of the oldest buildings on campus – Robinson and Anderson Hall and Bromfield-Pearson Building – are located there. The work for the past year has dealt with these conditions to prepare the site for the new building. Much of what we observed will be covered when the building eventually opens; it was a great opportunity for YDC to see this critical stage of construction. 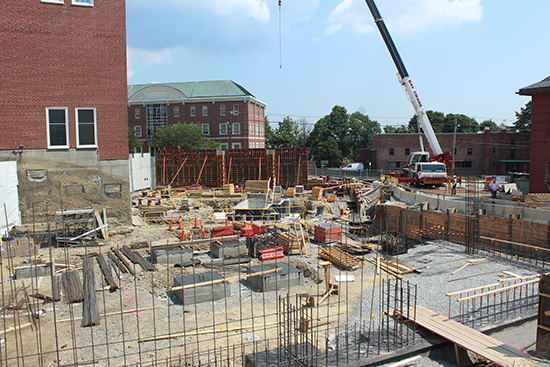 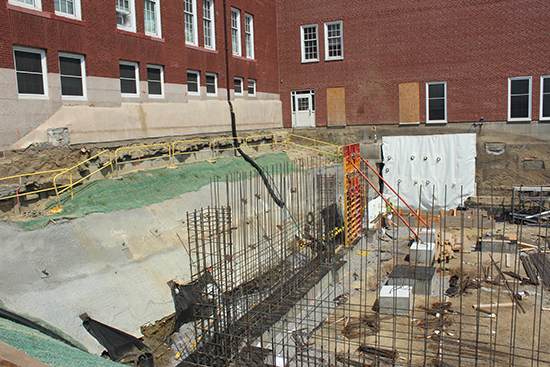 After seeing all the work done to prepare the site for the new building foundations, we looked at the on-site façade mock-up. The mock-up tested a variety of façade conditions and material interfaces. 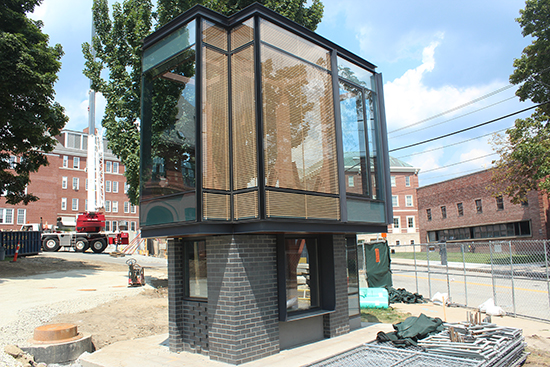 The lower levels of the building are clad in iron spot manganese brick, referencing the color of Bromfield-Pearson’s roof. A fine grain texture created by the rotated brick pattern adds a level of human-scale to the building’s façade. 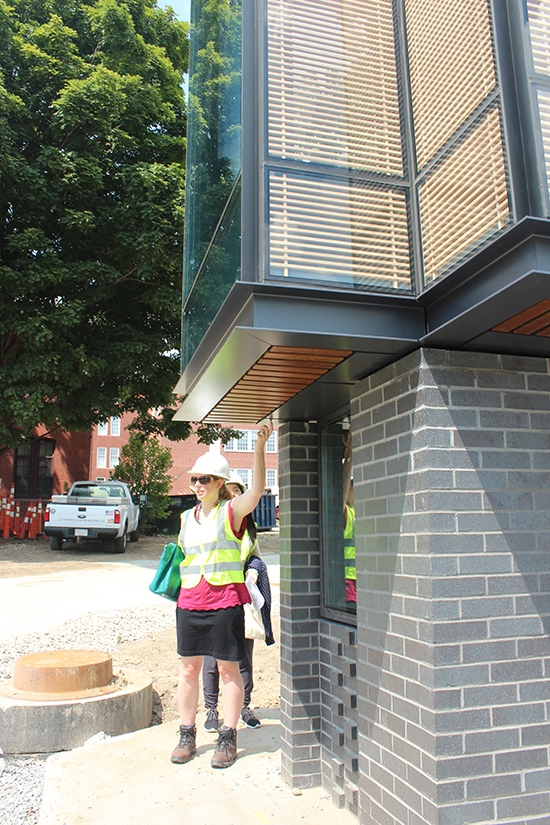 The design team had previously built a scale model of the same conditions built for the mock-up. One focus of the model had been the relationship of the metal channel that wraps around the building, capturing the edge of the curtain wall. It was fascinating to see the clear influence of these early detailed iterations from the scale model translate to the actual detailing of the mock-up. 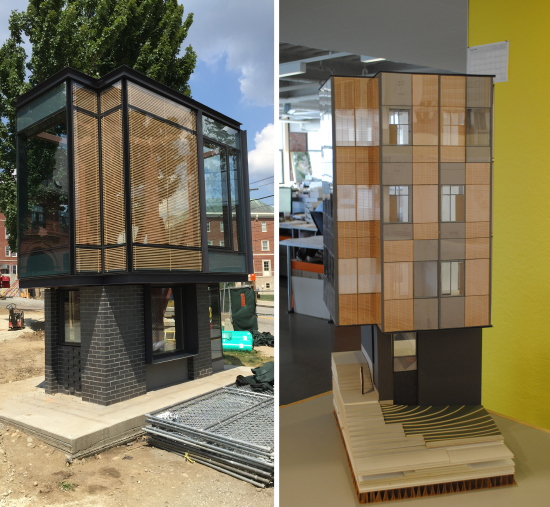 Additionally, some of the finer details that were not as prominent in the scale model – such as the spacing of the Okalux wood slats within the curtainwall assembly or depth of the extruded mullion caps – are carefully examined in the mock-up and allow the design team to further refine the details. 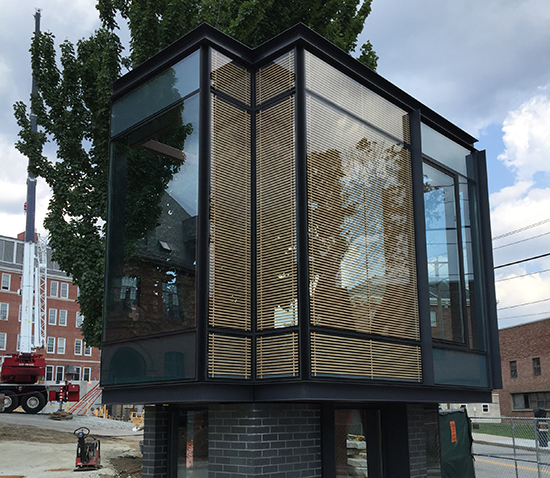 YDC and the Tufts design team plan to provide more tours of the project as construction continues. Such is the benefit of having a local project underway – many of the firm’s emerging professionals have the opportunity to observe various phases of construction and how the building comes together.