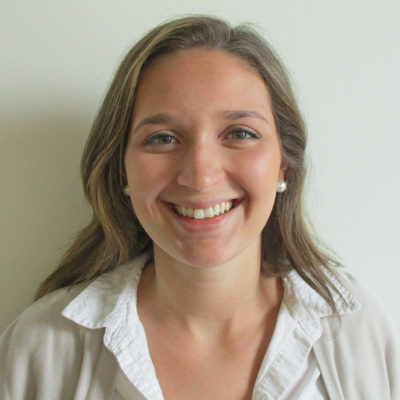 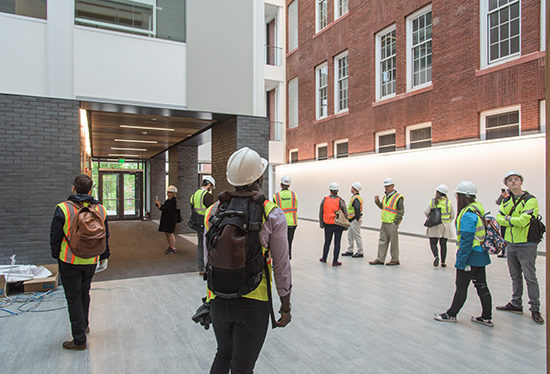 Last week, our Young Designer’s Core (YDC) organized a final tour of the Tufts University Science & Engineering Complex (SEC) which is nearly ready for its official opening later this month. Payette Associate Principal, Robert Pasersky, led the tour around the site and explained how the project is unique in its relation to the existing site. Rather than being categorized as either a new building, a renovation or an addition, the new SEC falls into all three categories, as it merges old and new to create a singular building of multiple academic departments. The existing building includes Robinson and Anderson Halls, which house the Biology Department, Mechanical Engineering Department, Tufts Institute of Innovation and the Civil and Environmental Engineering Department. In addition, the new SEC will contribute three floors of wet lab space and one floor of teaching and meeting rooms for use by students and faculty from each department. 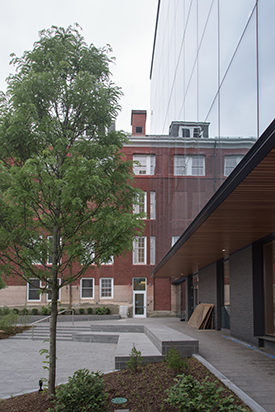 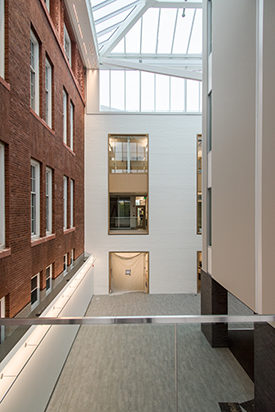 Approaching the complex from the College Avenue entrance, Robert described the main lobby space of Robinson and Anderson Halls as a crossroads of the existing building and new construction. As one walks through the building, each threshold between old and new is marked by a wooden-framed portal, which frames views into the new central atrium. Inside, the atrium provides an abundance of natural lighting (even on a rainy day!) that is evenly distributed by the increase in opacity of the glass as one moves from east to west. Both natural and artificial lighting are used to celebrate the untouched 1900s façade of Robinson Hall, which has been completely gutted and renovated. Interestingly, the newly constructed building is entirely structurally independent from the existing structure. 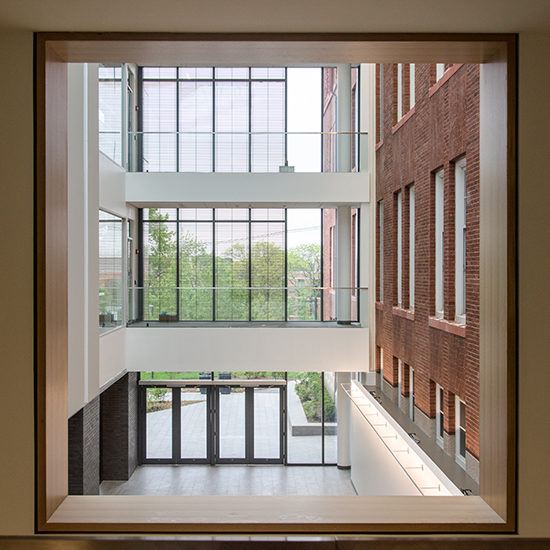 Overall, the building maintains a neutral material palette of white oak, brick and light marble, with hints of color coming solely from the furniture and textiles. On each floor, the interdisciplinary teaching labs and offices are connected by central “living rooms” that include lounge areas, white-board walls and small kitchens, creating interactive social spaces for students and researchers. 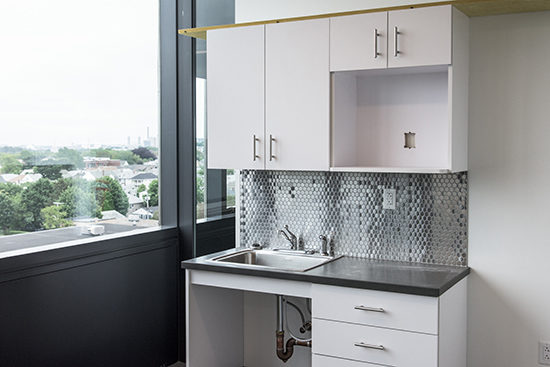 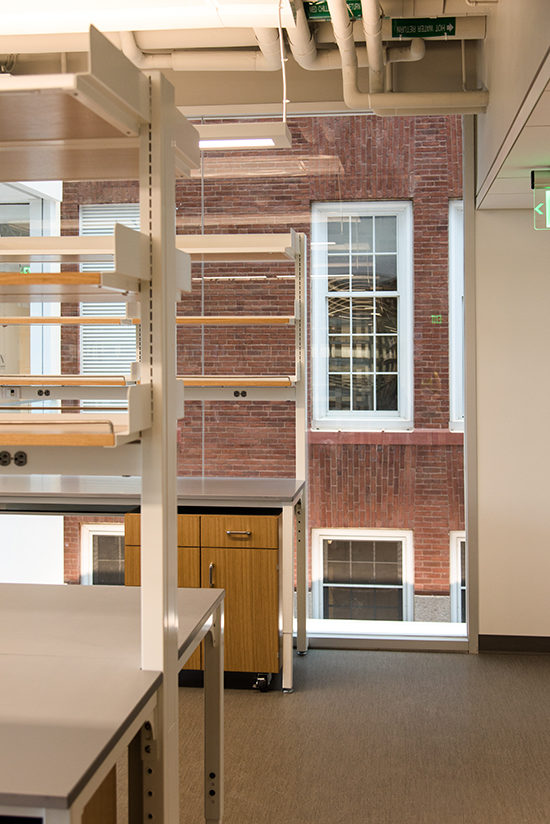 With the interiors nearly finished and ready for furnishings, it will be exciting to see the new SEC fill up with Tufts University students and faculty later this month!