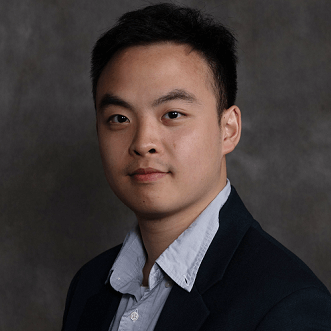 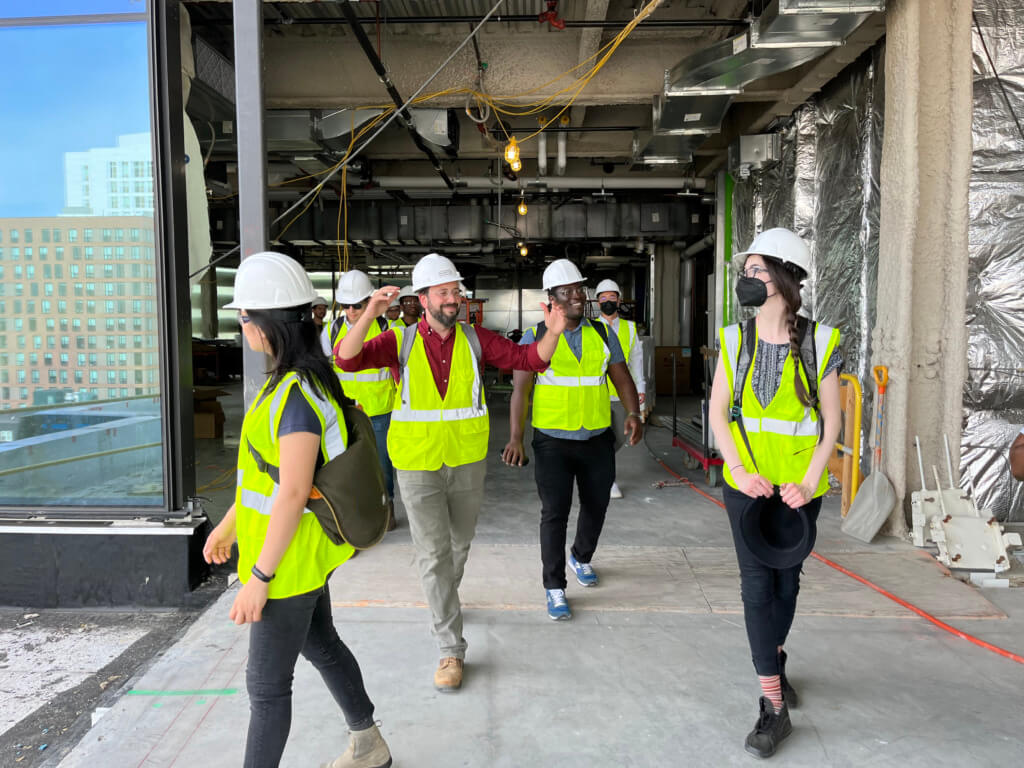 It was a regular Boston summer afternoon. Dressed in bright yellow safety vests with white helmets in our arms, a group of students swarmed into an orange line train and quickly got off at Ruggles Station, heading towards the campus of Northeastern University with visible excitement. The group of interns’ and designers’ destination was the newly topped-off building, Northeastern University’s EXP. 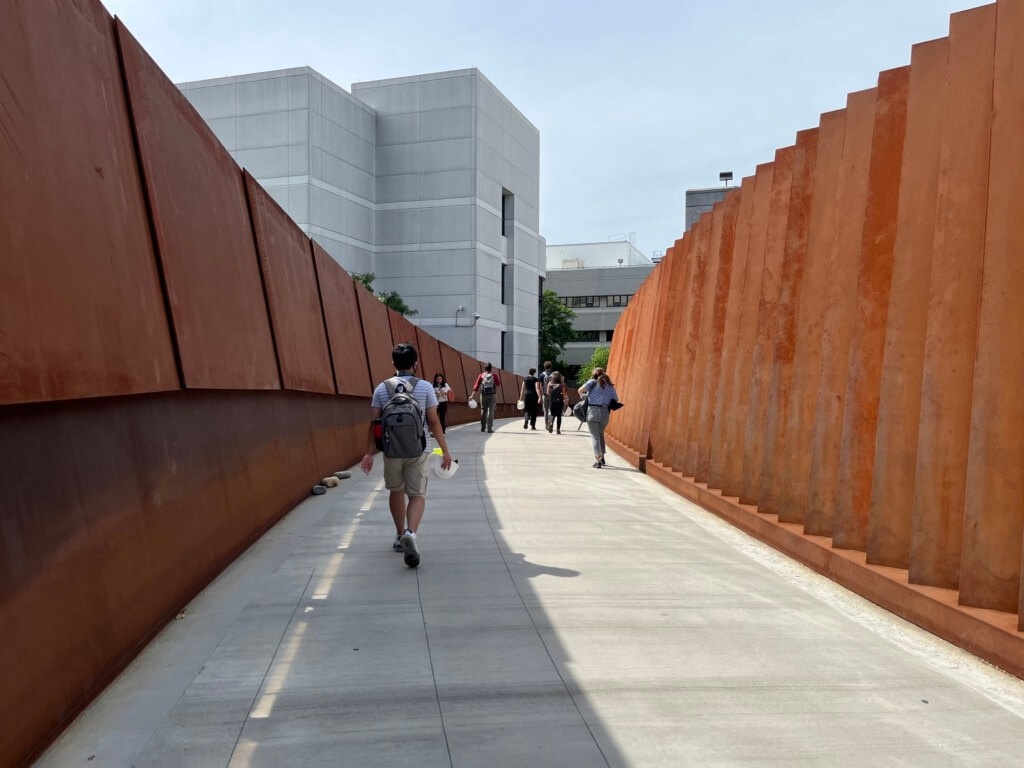 Led by Barry Shiel, Garrett House and Jess Jorge, the cohort crossed the Payette-designed PedX Bridge, through ISEC’s six-story atrium to the EXP site. We took the hoist to the 8th floor where the tour began. 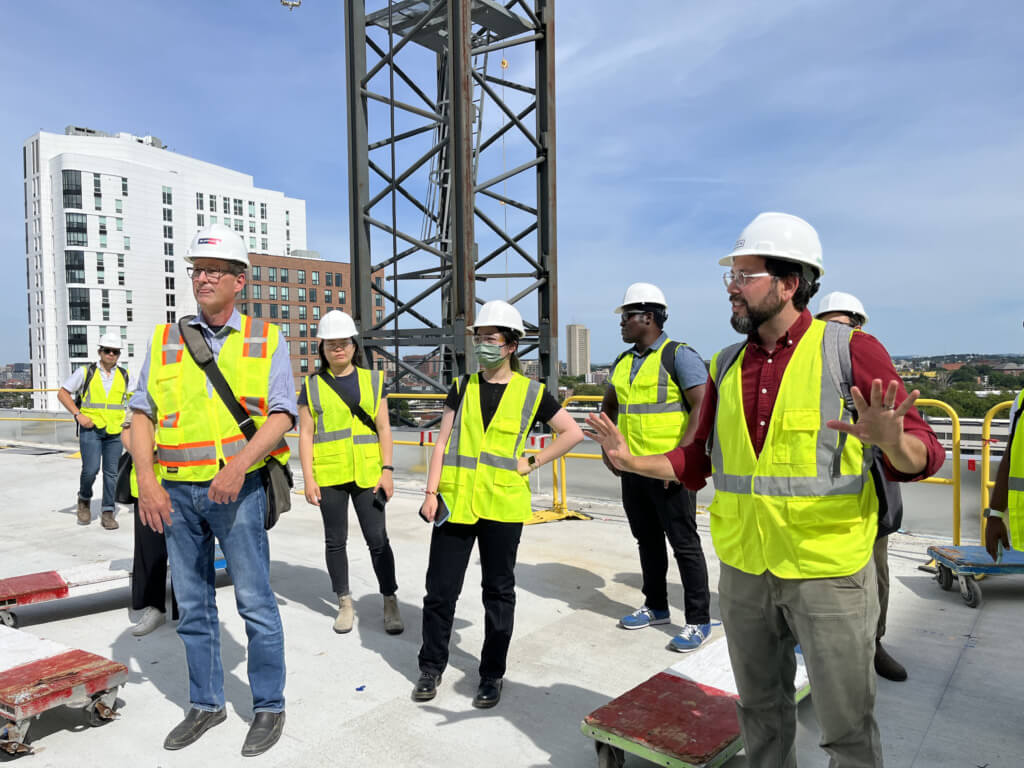 Stepping off the elevator, the group was welcomed by an exterior roof garden, the central public program on the top floor where students and faculty can relax and communicate in open air. A roof garden, especially a public one, is much more challenging to realize than a traditional garden. The design team explained to us how they used a continuous floor pattern to visually connect the interior to the outside and how the plants were carefully chosen to survive on the limited amount of soil installed on the rooftop. Further up on the top mechanical floor, the group was stunned by the four large air handling units that circulate the air in the building. Craned in through the side of the building, the machines weigh around 30,000 pounds and are 16ft tall. 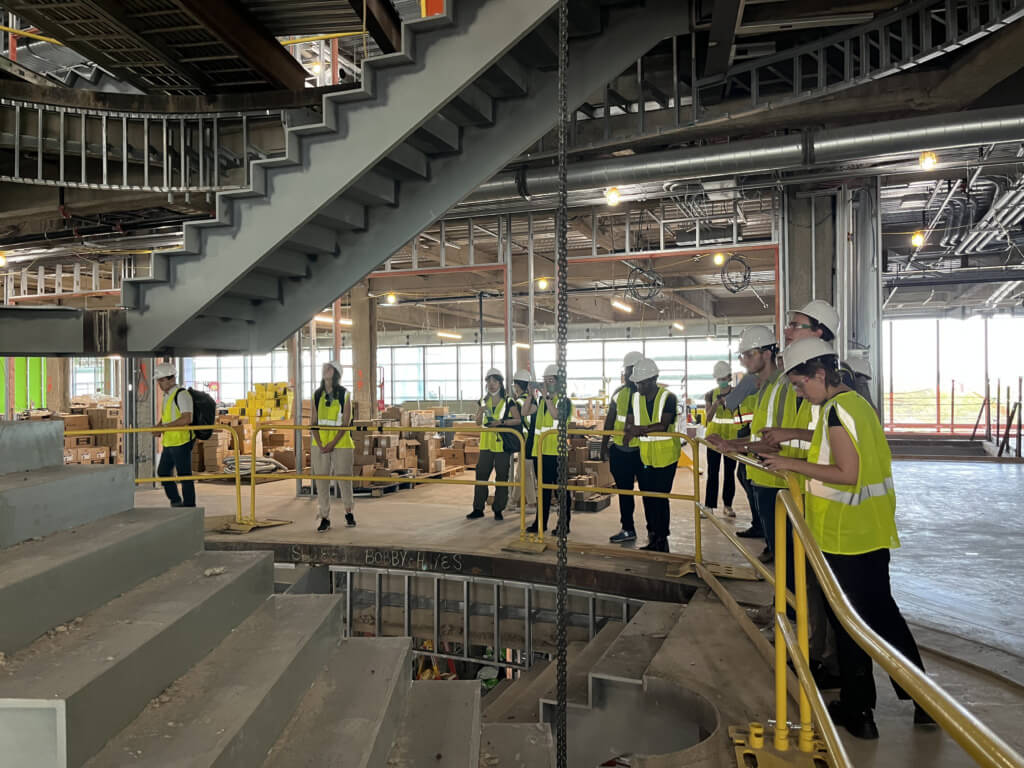 The group then proceeded to the third floor where the central staircase is on full display. In a prominent fashion, the staircase penetrates the building right through the center, serving as the main vertical circulation while lending itself to enhance the visual continuity between otherwise isolated floors. Structurally, as the design team explained, instead of being supported from below, the staircase was hung from above. Along the perimeter of the openings, there are sizable hanger rods securing the edge of the stairs, essentially making the structure appear weightless and floating in midair. Circulating further down to the ground floor, the group found themselves in a double-height space next to Columbus Ave. This robotics high bay space has all the necessary space and tools for a lab while still maintaining a high level of transparency to the street. The team hopes that the lab will be a space of creation as well as a window of exhibition. 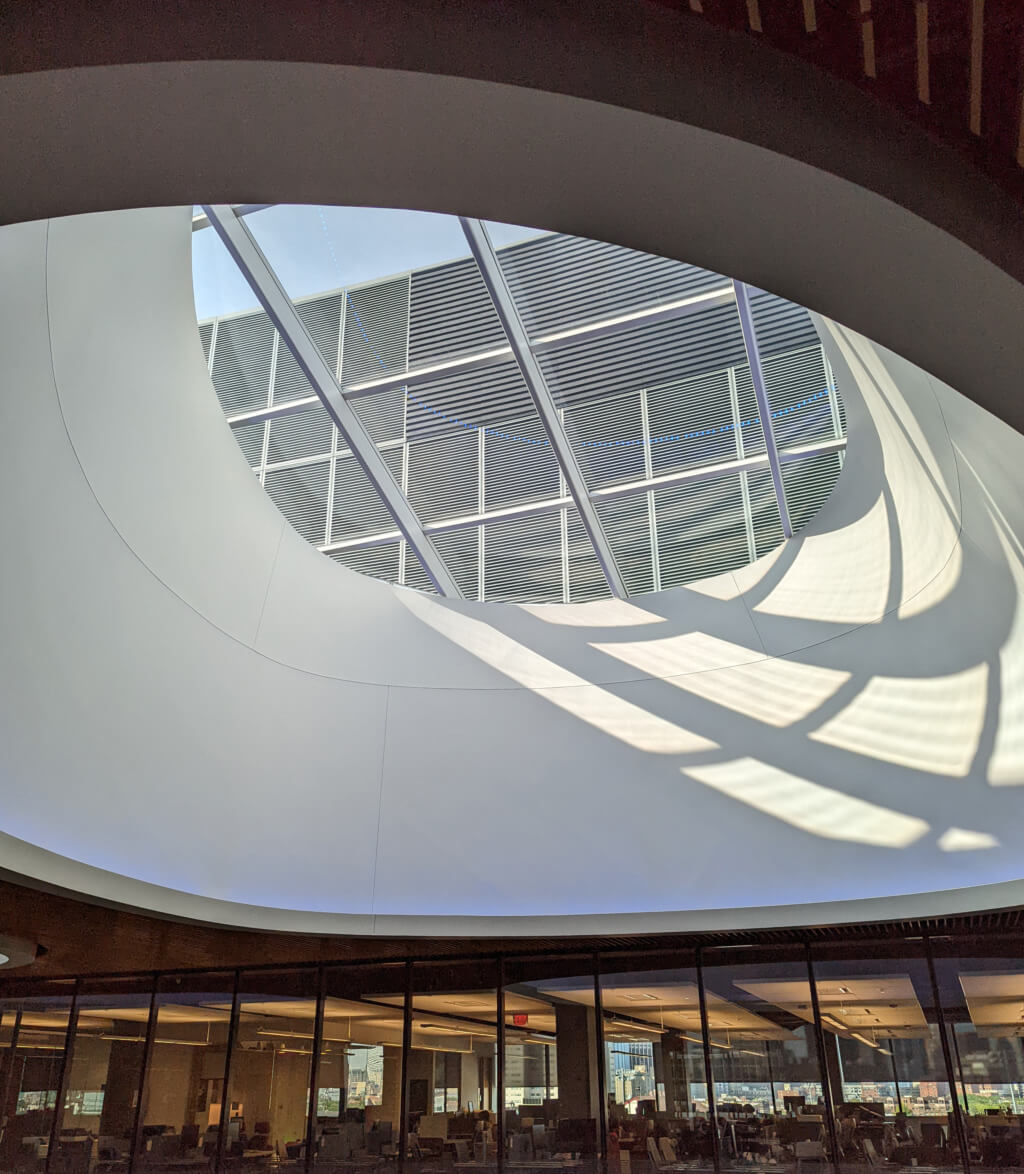 In addition to the EXP building, the group also visited Northeastern University’s ISEC, designed by Payette and completed in 2016. As a sibling building to the EXP, ISEC features an awe-inspiring six-story atrium that negotiates the two main programs of the building: laboratories and offices. The design team shared with us many stories in the decision-making process that led the team and the University to creating this central space which later became a social magnet attracting students and faculty from across the Northeastern community. 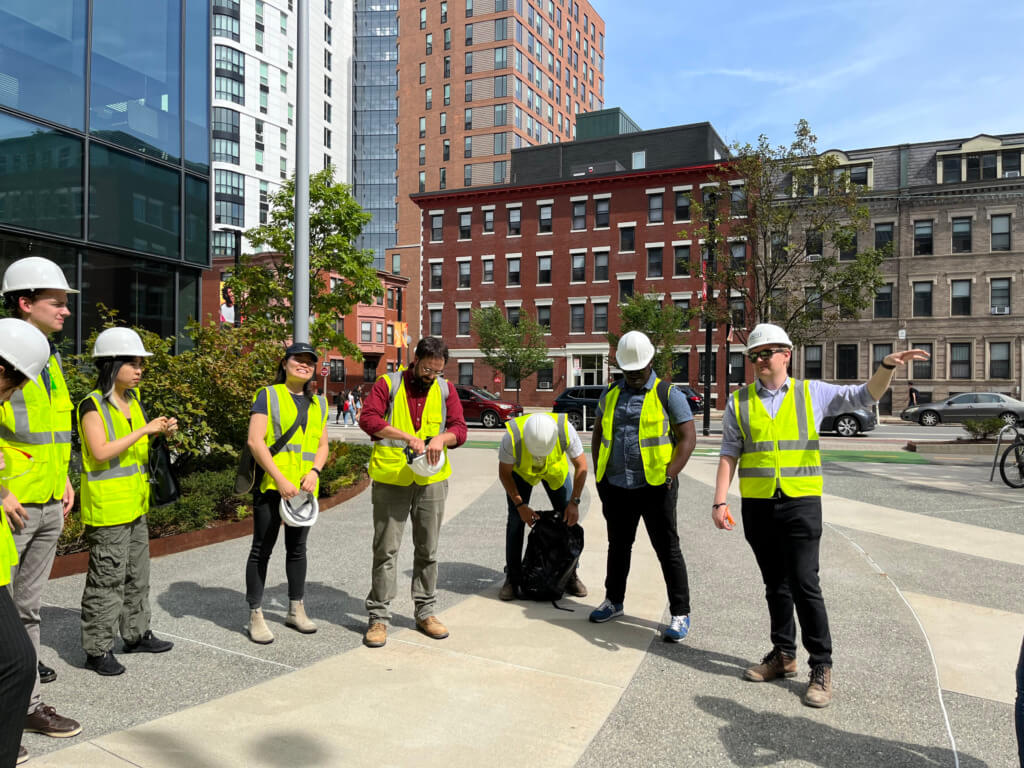 One of the most important aspects of interning is experiencing life as a practicing architect. As the design team explained  these amazing projects to us, the tour exhibited in full effect the best part about the job: the joy of a design coming to life. By the end of the trip, that feeling had grown on each one of us. On a summer afternoon, out in the construction site underneath the helmets, we interns shared their delight while picturing our own future.