The importance of the fume hood as a vital safety feature in a laboratory is unquestioned. It provides a partially enclosed work area to protect lab personnel from the harmful effects of chemical use, including exposure to toxic vapors, fire, explosions and chemical spills. As well, it is no secret that fume hoods are energy hogs; in fact, a single fume hood can use as much energy annually as 3.5 average American homes. (1) 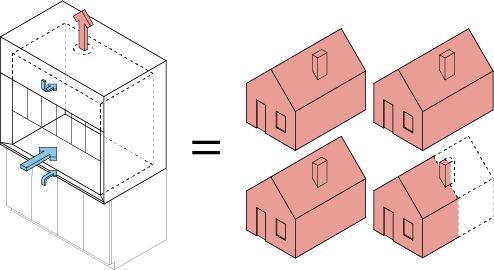 As a nationally-recognized leader in the design and execution of state-of-the-art science buildings, as well as a pioneer in building science and sustainability, we cannot overlook how fume hoods impact a building’s energy use. A quick tally of some of Payette’s major laboratory projects over the last ten years indicates that we have installed 1,000 fume hoods. Projects currently in design will continue this trend. Currently in-design, a new science building that we’re working on is tracking 120 fume hoods while another will add 115 fume hoods.

As highlighted in a previous in-house research project, there are decisions that we can make as designers to limit the energy use of these fume hoods. Utilizing the fume hood selection flow chart created by Payette staff is a great first step. 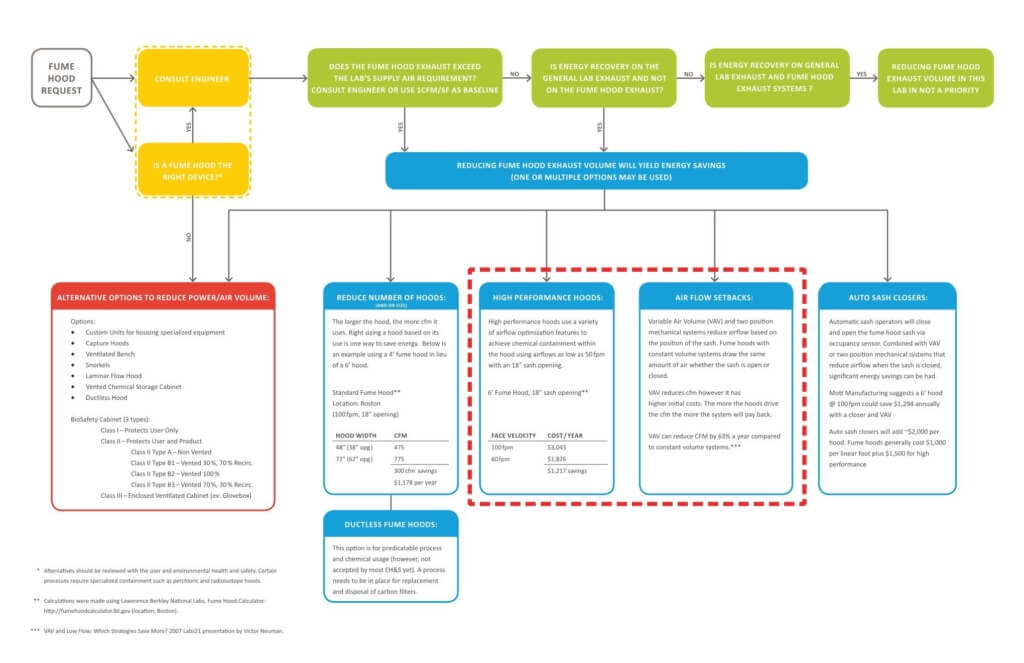 As the selection chart indicates, a ducted fume hood may not always be the only option, and potential alternatives should be explored with the client and users as the next step. However, if a ducted fume hood is required, the “High Performance Hood” option has become increasingly more common along with an improved understanding and implementation of airflow setback strategies. While a face velocity range of 100 FPM to 120 FPM has traditionally been the standard, it is encouraging to see that this range is dropping with face velocities below 100 FPM quickly becoming the new normal at institutions across the country and Payette has been a steward of this change, having utilized a face velocity below 100 FPM on roughly 85% of our projects within the last ten years.